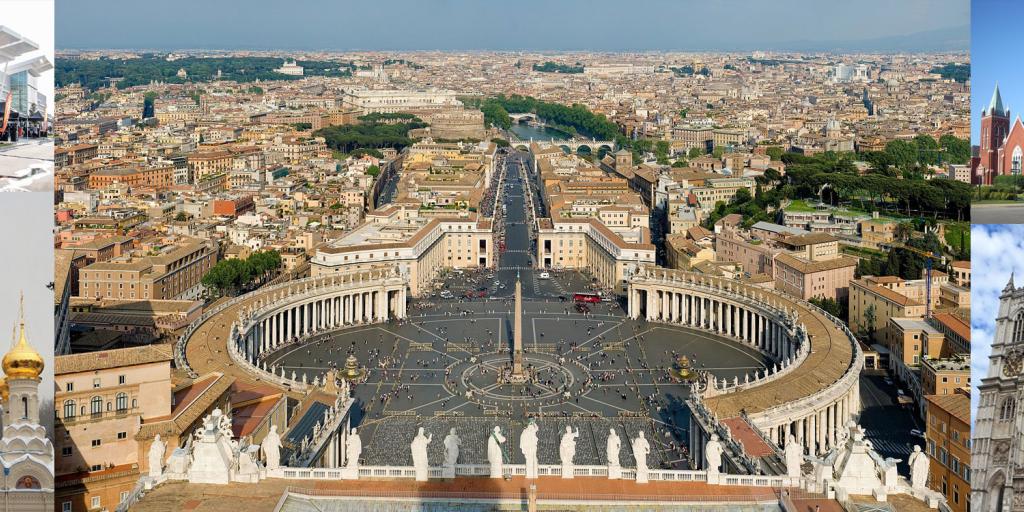 This week Pope Francis made a highly anticipated visit to the World Council of Churches (WCC) headquarters in Geneva. In an earlier interview, Evangelical pastor Martin Robra, a senior WCC official, commented, “[I]t looks as if we have reached a new spring with Pope Francis and his initiatives” (Vatican News, May 31, 2018). He stated further that “there is so much more that unites us than what separates us.” Concerning the future, Mr. Robra looks for a time when “the Pope is not speaking just in the interest of the Catholic Church but rather anticipating the one, holy, apostolic and catholic [universal] Church with those who are separated until now.” Essentially, Martin Robra and many others look for a time when Catholics and Protestants come together again as one universal church.

Does this vision seem far-fetched? Is it even possible for a church divided by the Protestant Reformation to come together again? Many Protestant and Catholic leaders certainly think and hope so—and Bible prophecies indicate this will actually happen. Revelation 17 speaks of a woman, or great universal church, that will ride the end-time “beast” (v. 3). This church is the “mother” of many churches that have come out of her (v. 5)—churches that may very soon make their way back into her fold. The leader of this church is prophesied to ultimately perform “great signs,” including bringing fire down from heaven (Revelation 13:13).

The Bible has much to say about the future of the Roman Catholic Church and her Protestant daughters. For more information on this fascinating topic, be sure to read “Who Is the Harlot of Revelation 17?”