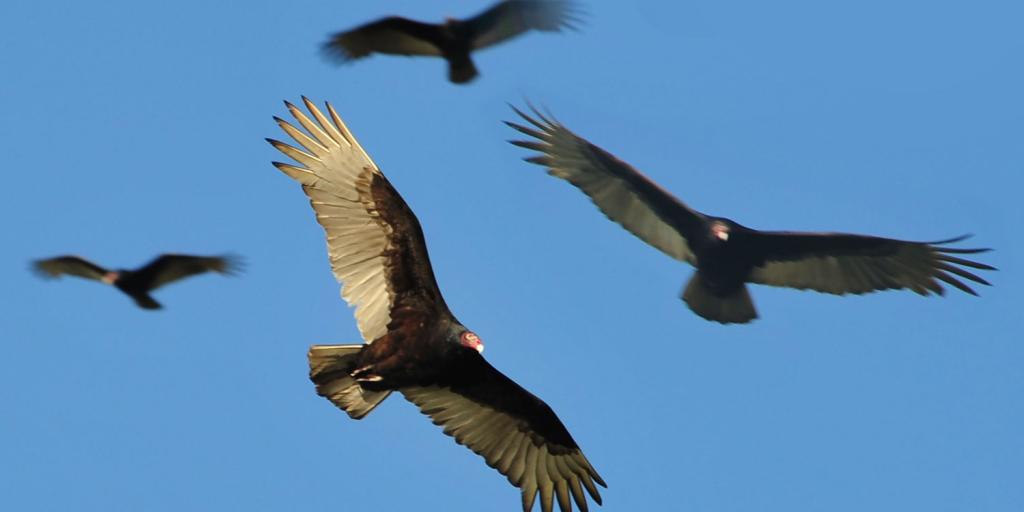 Scavenging animals are often looked down upon as dirty creatures. Yet, they play a vital role in balancing and protecting the ecosystem, and “the more scientists find out more about these consumers of the dead, the clearer it becomes that we should be valuing and protecting scavengers far more than we do today.… By devouring carcasses, they prevent pathogens from spreading to humans and wildlife and contaminants from leaching into the environment” (BBC, December 8, 2022).

Vultures, for example, are highly efficient at cleaning up dead animals. They can eat up to 40 percent of their body weight, compared to just 5 percent for most other scavenging animals. Vultures clean down to the bone, preventing the spread of pathogens—when vulture populations decline, diseases spread more easily. The efficiency of vultures also keeps feral dog populations in check, thus keeping rabies at bay. The scavengers even reduce the greenhouse gases emitted by decomposing carrion. Sadly today, vulture populations are in great decline in parts of the world such as the Indian subcontinent, due to poisons spread on animal carcasses and the drugs used to treat sick cattle, which, when they die, are consumed by the vultures.

God created our entire ecosystem to work together to keep our planet clean and keep diseases at a minimum. Yet, mankind has not managed that ecosystem well and thus suffers the consequences. Additionally, human beings often consume many species that God created to keep the earth clean and pure. As more research is conducted, scientists are gaining a greater appreciation for creatures often thought to be unimportant or just another food source. To learn more about the importance of the “clean-up crew” God created, be sure to read “Do You Really Want to Eat That?"