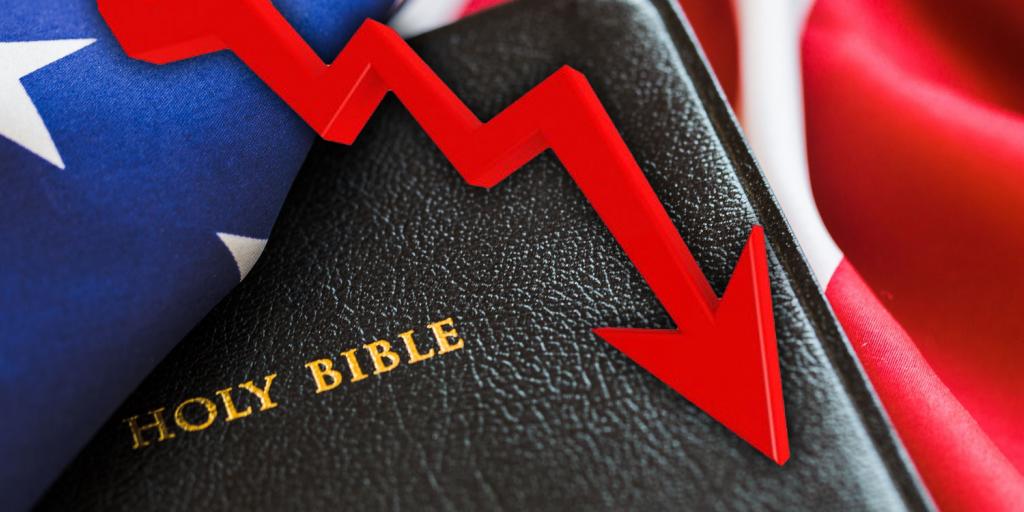 According to interview data recently released by the PEW Research Center, the percentage of Americans labeling themselves as “Christian” has fallen significantly in the last ten years (October 17, 2019). In addition, significantly fewer attend church services regularly. At the same time, more Americans label themselves as spiritual but not religious, and the percentage of the “religiously unaffiliated” has significantly increased. The correlation between self-identification and age is also clear: the older the person, the more likely he or she is to identify as Christian. The opposite is also true: the younger the person, the less likely.

Bible prophecy warns that “in the last days” an increasing number of people will be “lovers of pleasure rather than lovers of God” and that they will have “a form of godliness” but will deny its power (2 Timothy 3:1–5). In fact, there will come a time when those who do hold to the true name and teachings of Jesus Christ will be hated because of His name (Luke 21:17). America’s continuing religious decline—especially among once-professing Christians—is real, and it fits well with end-time prophecies. For greater insights into this trend, be sure to read or listen to Who or What Is the Antichrist?