How will the end-time push for “Christian unity” affect your faith—and your life?

Would you sacrifice truth in order to have unity?

The Psalmist wrote, “Behold, how good and how pleasant it is for brethren to dwell together in unity!” (Psalm 133:1). The Apostle Paul hoped for a time when “we all come to the unity of the faith” (Ephesians 4:13). So, what does Bible prophecy reveal about modern efforts toward church unity? What are the implications of unity among those who profess Christ?

Consider one of the fundamental disputes that spurred the Protestant Reformation nearly 500 years ago. The Protestant doctrine of sola fide—salvation by faith alone—spurred Martin Luther to break away from Rome to “protest” what he called an incorrect emphasis on the role of human works in salvation.

So firm was Luther’s belief in sola fide that his German translation of Romans 3:28 inserted deliberately a word not supported by the original Greek. In the New King James Version, we read the translation, “Therefore we conclude that a man is justified by faith apart from the deeds of the law.” Luther’s translation added the word “alone” after “faith” to support his belief that salvation is by faith alone. But what about, “I will show you my faith by my works” (James 2:18)? Luther rejected the entire book of James as “an epistle of straw.”

Given this history, it is no wonder that many were startled by the 1999 “Joint Declaration on the Doctrine of Justification” between Roman Catholic and Lutheran leaders, which stated: “By grace alone, in faith in Christ’s saving work and not because of any merit on our part, we are accepted by God and receive the Holy Spirit, who renews our hearts while equipping and calling us to good works…”

The implications of by faith alone had for centuries caused a breach between Roman Catholics and Lutherans. With the controversial 1999 Joint Declaration, the dispute was resolved, but very little practical unity between Lutherans and Rome has been achieved. Many were thus startled in July, when Pope Francis reached out to Anglican bishop Tony Palmer, a “Pentecostal” friend with whom he had engaged in ecumenical communications. Francis further startled the Roman church last July with his surprise visit to speak at a Pentecostal church in Caserta, Italy, where he called the congregants his “brothers” to the dismay of many traditionalist Catholics.

“Luther’s Protest Is Over”?

Bishop Palmer—who has since died in a motorcycle accident—stunned the Christian world earlier this year when he presented Francis’ message at a gathering led by Pentecostal evangelist Kenneth Copeland. In his message, Palmer proclaimed the importance of ecumenism. Citing the 1999 document, he asked his Protestant audience: “Brothers and sisters, Luther’s protest is over. Is yours?”

The Roman church has long sought unity with those it considers “separated brethren.” From Scripture, we understand that the “daughter” churches that have sprung from Rome will reunite with their “mother” church before Jesus Christ returns (Isaiah 47:1–11; Revelation 17:5). That church will, for a brief time, be a great power on the world scene, influencing a revived “Roman Empire” led from Europe that will dominate the world economy and impel billions to submit to its leadership.

But how will that unity be achieved? Will millions convert en masse, taking up Roman Catholic doctrines as their own, following the example of many Anglicans who have recently returned to Rome? Or will Rome speed the process by compromising on long-held doctrinal differences, as in its joint declaration with Lutheran leaders? Time will tell. One point is clear: Unity is coming. So, true Christians need to be sure of what they believe, and must not give up the Truth in the name of some kind of feel-good “unity.”

Will you be ready when the prophesied end-time ecumenism reaches out to you? Will you be able to resist? You need to be ready to act on your faith! 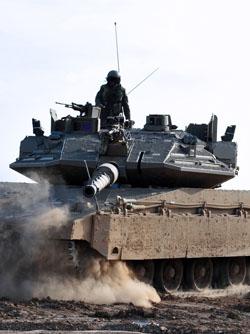 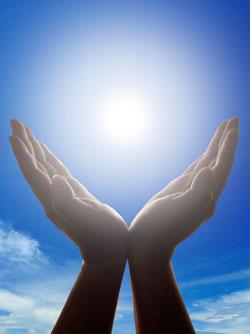 Which Jesus Do You Worship? 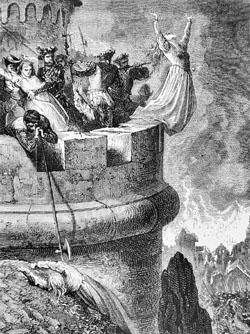