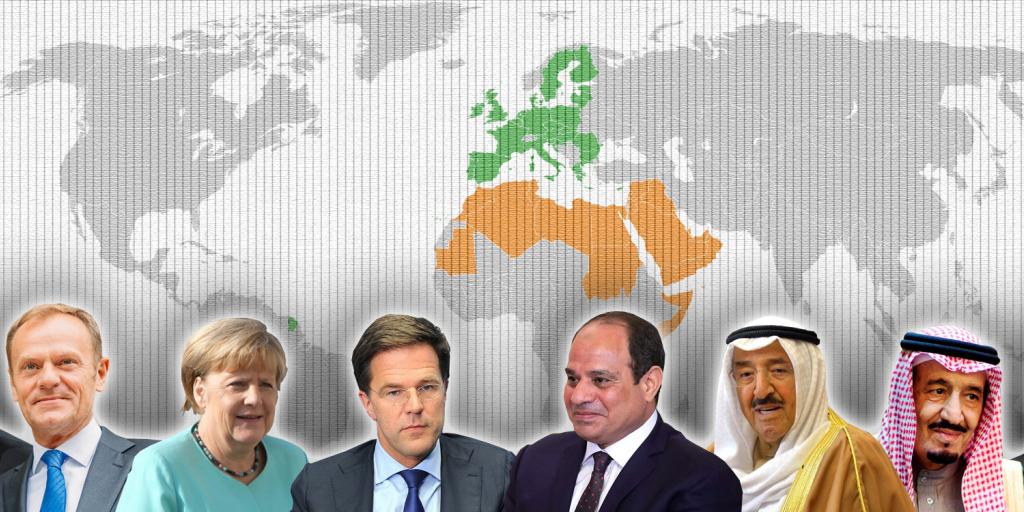 A few weeks ago, the European Union and the Arab League met in Egypt for a crucial summit—the first of several summits planned to continue into the future on a regular schedule (German Foreign Policy, February 26, 2019). “The summit was convened in accordance with Berlin’s strategic plans to play a leading role in the “arch of crisis” at Europe’s southern and southeastern borders, and counter not only the influence of Russia and China, but also of the United States.” To highlight their mutual cooperation “Brussels alludes to the fact that the EU is the Arab League’s most important trading partner”—a statement that is only partially true.

Despite strong differences between European and Arab nations in social policies and overall worldviews, leaders of the 49 nations in attendance (including 24 from the EU) came to general agreements regarding maintaining the status quo of holy sites in Jerusalem and working to end the Israeli-Palestinian conflict by bringing both sides to the negotiating table (Politico, February 27, 2019). European Commission President Donald Tusk commented near the end of the summit, “It is time to get real about partnership between the Arab world and Europe. We are confronted by many of the same challenges, in a geopolitical context that has become even more dangerous and unstable…. As close neighbors, we have no alternative but to work together on these and other issues.”

This summit and a future relationship between Europe and the Arab nations is especially interesting in light of Bible prophecy. The prophet Daniel, writing of global relationships at the end of the age, spoke of a European “king of the North” (also known in Revelation as the “beast”) and an Arab “king of the South.” Though Bible prophecy speaks of earth-shaking conflict to come concerning these two powers (Daniel 11), it also suggests periods of early cooperation between related nations, including against Israel (Psalm 83:3–8). At least initially, such relationships will bring wealth and prosperity to much of the world (see Revelation 18). The EU’s involvement with the Arab League is one more reminder that God’s end-time prophecies are unfolding and will come to pass, and it is one tool God could use to make this happen. For more insights into this growing, dynamic relationship, be sure to read “Coming End-Time Conflicts” and The Beast of Revelation: Myth, Metaphor, or Soon-Coming Reality?