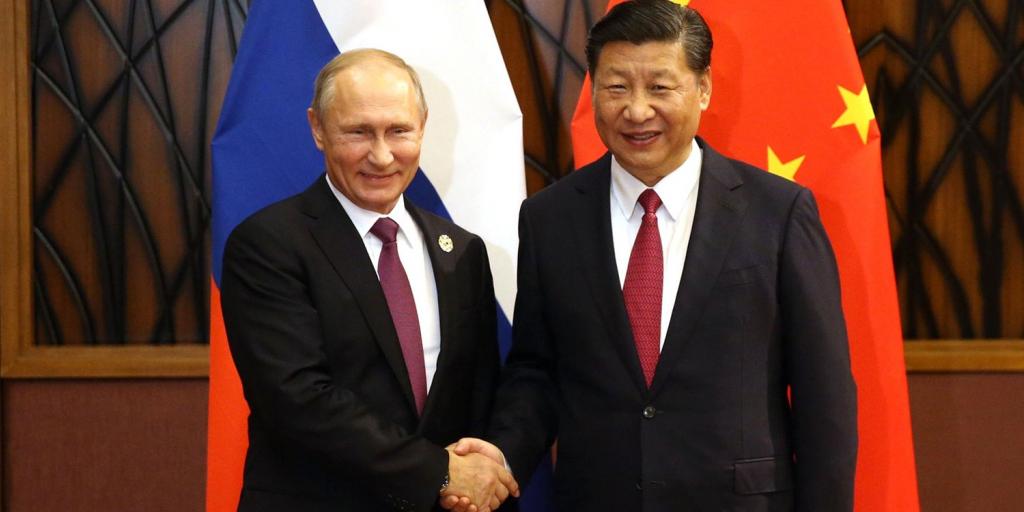 At a meeting in Tajikistan last weekend, Russian President Vladimir Putin presented Chinese president Xi Jinping with a large box of ice cream and a couple of other items, in celebration of Xi Jinping’s 66th birthday (AFP, June 15, 2019). The nations have developed a close trading relationship in recent years, and the two leaders have developed a close personal friendship. When presenting the gift, President Putin commented, “Happy birthday, my best wishes... I am delighted to have a friend like you…. Our whole team, and I can even say our whole nation, wishes you all the best in the world because you do a lot for the development of relations between our two countries.” After a three-day visit to Russia the previous week, Xi Jinping referred to Putin as his “best friend.”

These two leaders represented two of 27 nations sending delegates to the fifth summit of the Conference on Interaction and Confidence Building Measures in Asia last week. Russia and China have recently signed a “comprehensive partnership and strategic cooperation” agreement. These events occurred as the United States continues to increase pressure on China and other conference participants, such as Iran and Turkey.

Bible prophecy indicates that in the last days there will be a military threat from the area north and east of Jerusalem (Daniel 11:40–44), and that a massive end-time army will eventually descend on the Holy Land from that direction (Revelation 9:13–18). This 200-million-man army will require a huge population base, as well as tremendous financial, military, and transportation resources to make the trek across Asia at some point in the future. These two current leaders—Xi Jinping and Putin—are certainly not plotting the creation of a massive end-time army. However, the God who “removes kings and raises up kings” (Daniel 2:21) will carry out His prophecies and is no doubt working through these men to make sure nations are positioned when the time is right. To learn more about these future events, read “Where Is Russia Headed?”