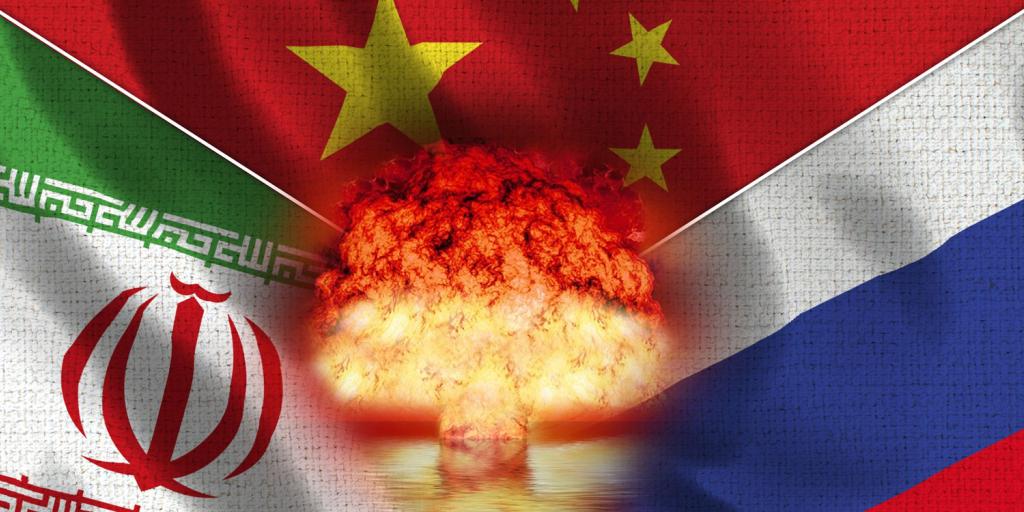 There are three major “rumors of war” brewing around the globe. Respected columnist Ambrose Evans-Prichard recently wrote that “the world is at the most dangerous strategic juncture since the Cuban missile crisis in 1962. The West faces escalating threats of conflict on three fronts, each separate but linked by unknown levels of collusion: Russia’s mobilisation of a strike force on Ukraine’s border, China’s ‘dress rehearsal’ for an attack on Taiwan, and Iran’s nuclear brinkmanship” (Telegraph, December 9, 2021).

The situation with Iran is sobering. Experts believe Iran could have weapons-grade plutonium within weeks, and they already have the missiles to use it. The head of Israel’s intelligence agency was recently in Washington, likely seeking U.S. support in bombing Iranian bomb-making facilities.

As Russian troops mass on the border of the Ukraine, and China rattles sabers against Taiwan, some experts fear the two nations may try to coordinate their attacks, thus splitting Western powers on two simultaneous fronts. Whether this will occur remains to be seen. While presidents Biden and Putin recently spoke, no doubt in an effort to try to lower the growing tensions, some are accusing Europe of lacking the drive to stand up to Russia (Politico, December 7, 2021).

Armed conflict and war between nations is nothing new. However, the nations involved in these current potential conflicts are also armed with nuclear weapons. With the United States preoccupied with internal strife and less inclined to intervene abroad, the Russian threats in the Ukraine could push a German-led Europe to militarize more rapidly, and the weakness they see in their global opponents may encourage China and Russia to seek closer coordination in their challenges to Western powers. World events are heating up, and “wars and rumors of wars,” which Jesus Christ said in Matthew 24:4–8 must precede His coming, are becoming very real. But there is much more to come. To get a biblical perspective on what lies ahead, be sure to watch “The End of the World.”