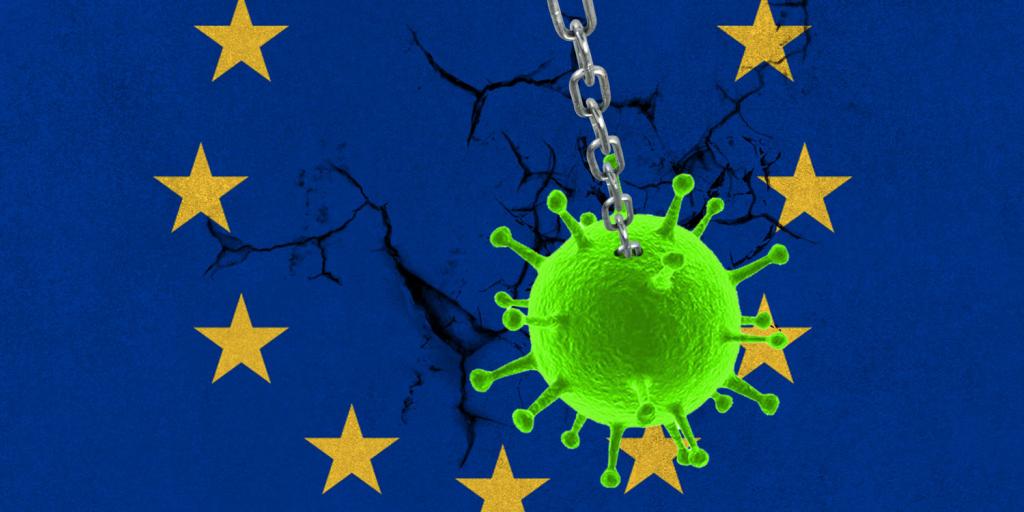 Could Coronavirus Kill the EU?

COVID-19 is wreaking havoc everywhere, and especially in Europe! While the coronavirus pandemic threatens global economies, experts say it could tear the European Union apart (Geopolitical Monitor, March 19, 2020). Financially strapped Italy is on the front lines with viral infections and deaths, and much of the rest of Europe is not far behind. What will happen if three, four, five, or more national economies within the EU suddenly decline? Can the EU survive such a financial strain and stay together? What will happen when a number of European nations exceed the debt thresholds set by Brussels? Experts expect the virus will create an even greater financial divide between northern and southern Europe.

Instead of working in unison, European nations are applying health constraints haphazardly and closing borders to each other—erasing the freedom of movement guaranteed to EU citizens (The Spectator, March 22, 2020). Another serious issue is the level of control some European governments are assuming under the current extreme conditions. For example, “Hungary’s nationalist government submitted a draft law to parliament Friday (20 March) that would enable it to rule by decree for an unlimited period of time, citing the corona emergency” (EU Observer, March 23, 2020). And Hungary may be just the beginning. Opponents fear that once authoritarian measures are taken, they will be difficult to remove after the crisis ends (Euractiv.com, March 23, 2020). The pandemic is pushing European states toward greater nationalism. As once source noted, “What the coronavirus crisis reveals is that the member states of the European Union will revert to national interests when extreme circumstances call for it. While such revelations may not spell the immediate end of the European Union, they certainly raise questions about the point of an organization that pledges solidarity as a founding principle, but abandons that principle the moment it is most called for” (Gatestone Institute, March 21, 2020).

The book of Revelation reveals that ten kings (or rulers) will eventually “give their power and authority” to a single entity in Europe that is referred to as “the Beast” (Revelation 17:12–13)—and times such as these demonstrate how quickly some conclude that desperate times call for desperate measures. The COVID-19 crisis could contribute to a situation in Europe that will pave the way for end-time prophecies to be fulfilled. One key to understanding Bible prophecy is to watch events in Europe! For more insight into what will happen in Europe in the years ahead, watch our telecast “The Beast of Revelation.”