Nuclear Ambitions in India and China

Defense News reports that India has performed the first trial of an intercontinental ballistic missile designed by the nation’s own defense organizations and capable of carrying nuclear warheads (October 28, 2021). The missile has a range of 5,000 kilometers (about 3,000 miles) and represents “a second-strike capability against China.” India’s Defense Ministry sees the weapon as a key to establishing “credible minimum deterrence.” The new missile is fast and accurate—capable of reaching its target in fifteen minutes. It can also carry a 1.5-ton nuclear payload.

A U.S. Pentagon report last year revised past estimates of China’s nuclear arsenal (Deutsche Welle, March 11, 2021). Once thought to have about 200 nuclear warheads with the potential to increase to 400 by 2030, China is now considered capable of possessing more than 1,000 nuclear warheads by 2030. China also recently launched a new satellite “tasked with demonstrating technologies to alleviate and neutralize space debris” (Gatestone Institute, November 1, 2021). The satellite has a robotic arm that can be used to recover “space junk”—a term commonly used to describe the more than 100 million pieces of debris believed to be orbiting the earth. However, some analysts believe this new satellite could also be used to “capture, disable, destroy, or otherwise render unusable other nations’ satellites.” The U.S., once the clear leader in the space race, is being aggressively challenged by rivals such as China and Russia. Military developments we see today in India, China, Russia, and other Asian nations could figure into end-time prophecy (Revelation 9:16).

When the United States pulled out of Afghanistan, many warned the departure would severely destabilize that nation. We are now witnessing the terrible aftermath left by a leadership vacuum.

As reported by The Telegraph on November 2, the United Nations warns that 97 percent of the Afghan population may soon live below the poverty line as the Taliban takeover continues. As the economy implodes and poverty ensues, families lack money even to buy food. Many Afghan families feel forced to sell their daughters in order to raise money for food and pay debts. Children are being sold for just a couple thousand dollars as servants and wives. Parents are caught in a very difficult situation as they face starvation in their families. “We are eight family members,” one father, selling his nine-year-old daughter, explained to CNN. “I have to sell to keep other family members alive.”

Reading about this cruel reality should be sobering to even the most stoic among us. God looks for those who will “sigh and cry” (Ezekiel 9:4) over the atrocities they witness. All of humanity is made in the image of God (Genesis 1:26), with the potential to one day become members of His divine Family. When Jesus Christ finally returns, He will usher in a time of “secure dwellings” and “quiet resting places” (Isaiah 32:18). That will be a time of safety, security, and abundance, when no one need go hungry again!

A recent court ruling in Poland determined the Polish constitution has precedence over some European Union laws (Politico, October 8, 2021). While some leaders warn that this action is an attack on Europe and risks a “de facto exit” from the Union, such actions are not limited to this independent-minded EU nation.

As France’s federal election looms, multiple candidates for the presidency are seizing on Poland’s decision and advocating for French legal superiority over EU laws, and rhetoric against the EU comes from French candidates across the political spectrum (Politico, October 15, 2021). Former socialist government minister and current presidential hopeful Arnaud Montebourg summarized the position: “France, which doesn’t share Poland’s political leanings, will nevertheless have to carry out the same affirmation of the superiority of its laws over European decisions.” Another candidate affirmed that “Europe is a Europe of nations.… That means that our constitutional laws, our constitutional identity, each one, each sovereign state, must take precedence over European jurisdiction.”

France is an Israelite-descended nation that until now has been a strong supporter of the “European project” and the EU. Could France step away from the EU and prioritize domestic interests over those of Europe? If so, what would be the consequences? The French national elections are set to occur in April and could have a powerful impact on the future of the nation and the European Union.

Another Coup in Sudan

When the Sudanese military ousted civilian leaders and took over the nation’s government in October of last year (BBC, October 25, 2021), coup leader General Abdel Fattah Burhan used governmental infighting as his justification. Two years ago, the longtime ruler of Sudan, Omar al-Bashir, was similarly overthrown, and the civilian government and military have been at odds ever since. Protests have erupted in cities around the country. Citizens appear confused and are calling for the reinstatement of a civil government.

General Burhan had been part of a power-sharing agreement between the civilian government and the military, an agreement intended to transition Sudan to a democracy. He still claims to be working to support the goal of elections in 2023. However, a senior official from the prime minister’s office warns that the coup is very likely to incite another civil war. Sudan’s last civil war lasted 22 years, ended in 2005, and is blamed for the deaths of nearly two million people.

Mankind has spent thousands of years trying various forms of government based on different philosophies and religious ideologies, but none ever seem to achieve the peace everyone desires. According to the Bible, human beings by themselves simply do not know “the way of peace” (Isaiah 59:8).

Investor Lawrence Kadish has some sobering observations for anyone concerned about the future of the United States. “One suspects,” he says, “that historians and economists will consistently agree on one irrefutable fact: nations that allow their economies to bathe in red ink are destined to fail” (Gatestone Institute, October 12, 18). Even as Kadish sounded the alarm on the massive and growing U.S. debt and the widespread disregard of the risks associated with that debt, the U.S. Congress increased its debt ceiling to avoid a default and allow for more spending. While some economists believe that nations can spend their way out of financial turmoil, many students of history disagree with that conclusion.

Kadish believes that America’s spending spree will lead to national bankruptcy, and notes, “Such an event would destroy the very foundation of our financial system, the savings of every hard-working middle class family, and our country’s very ability to defend democracy.” His conclusion in one article is chilling: “Our enemies have read their history. We would be wise to do the same and recognize that America’s deficit is more than a number. It is a nation-destroying weapon.”

Between 1980 and 1990, the United States moved from being the world’s greatest lender to the world’s greatest debtor. God warned that when the Israelite-descended nations reject Him and His laws, their privileged status will end: “The alien who is among you shall rise higher and higher above you, and you shall come down lower and lower. He shall lend to you, but you shall not lend to him; he shall be the head, and you shall be the tail” (Deuteronomy 28:43–44). Unless the nations repent and turn to God, they are prophesied to face serious consequences, and not just in financial matters. 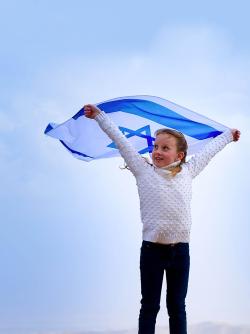 The Scariest Verse in the Bible