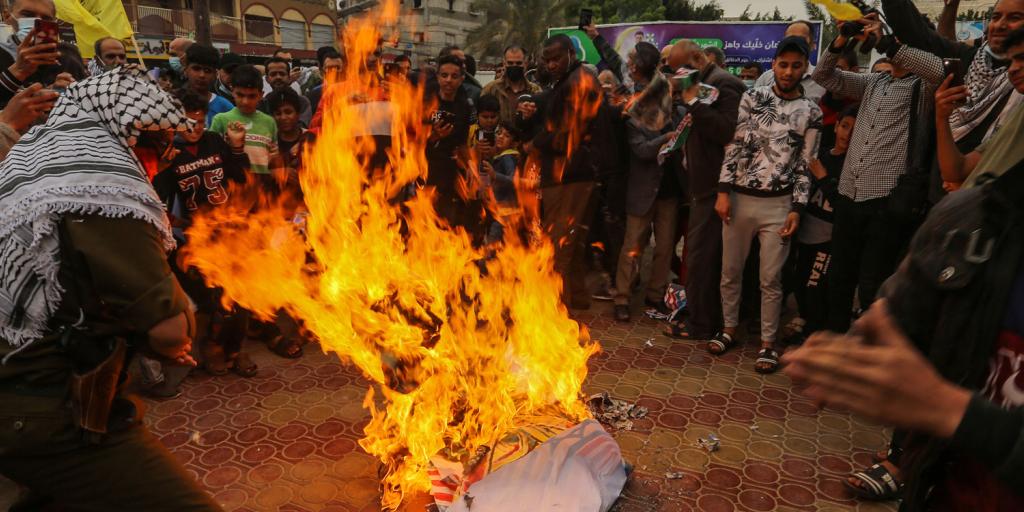 Violent clashes have erupted in Jerusalem related to the Temple Mount. While religious tension in Jerusalem is not unusual during Jewish Holy Days, this year Passover, Easter, and Ramadan all coincided (AP, April 17, 2022). Although police accused Palestinians of stockpiling stones in anticipation of violence, and shooting fireworks from inside the Al-Aqsa Mosque, others accused police of using excessive force when arresting Palestinians and clearing people from the area. More than 150 Palestinians were injured by police in these clashes (BBC, April 15, 2022). Earlier in the month, a Palestinian gunman opened fire in a crowded Tel Aviv bar, killing two Israelis and wounding ten others (CBS News, April 8, 2022).

In recent days, Palestinians fired rockets into Israel, prompting Israeli retaliation with military strikes in the Gaza Strip, attacking an empty weapons facility. No injuries were reported at the facility (Deutsche Welle, April 20, 2022). In recent weeks, 14 Israelis and 26 Palestinians have died in violent clashes. In addition, Palestinians vandalized a historic tomb believed by some to be the tomb of Joseph, triggering more Israeli outrage (Times of Israel, April 13, 2022).

Some believe Palestinians and other Arabs are fearful that a greater Israeli presence on the Temple Mount could result in a take-over of the sacred Al-Aqsa Mosque, the start of a new temple, and the resumption of sacrifices by the Jews (Jerusalem Post, April 18, 2022). Bible prophecy indicates that Israel, and particularly Jerusalem, will become an increasingly difficult issue for many nations just before the return of Jesus Christ (Zechariah 12:3). The Bible foretells that eventually non-Israelite nations will surround Jerusalem with armies and control it. To learn more about how the growing unrest in Jerusalem will play into end-time prophecies, be sure to watch “Jerusalem: City of Peace?”