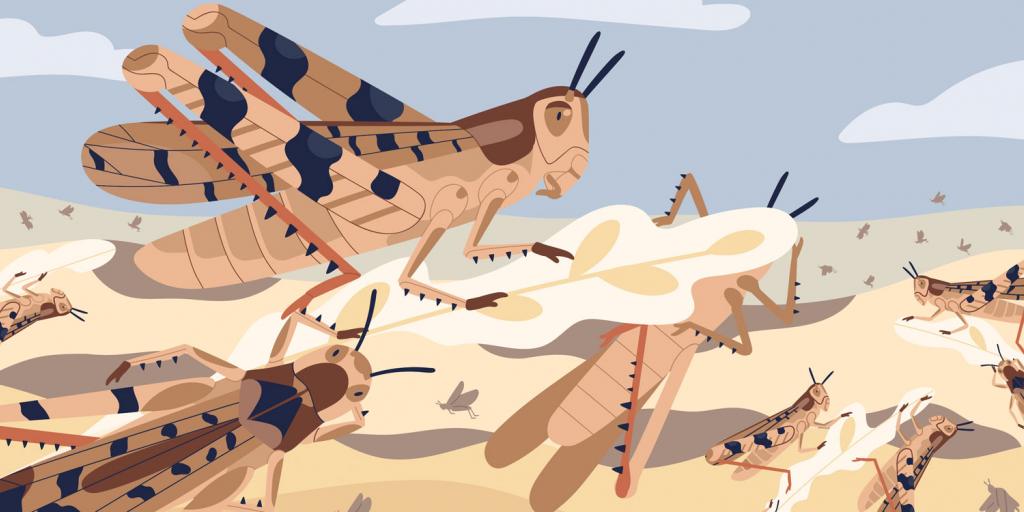 The year 2020 brought a massive locust plague that caused widespread destruction of crops and livelihoods in East African nations (Deutsche Welle, January 5, 2021). The COVID-19 pandemic has only added to the catastrophe, and about 35 million people have been left in a state of “food insecurity.”

Now, “the United Nations has warned that a second and maybe even deadlier re-invasion of locusts has already begun.” Adult locusts from last year’s swarm have laid their eggs. The amount of rain in the next couple months will determine the severity of the locust plague this year. The wetter the weather, the more severe the infestation will be. Locusts reproduce prolifically—at a rate of twentyfold per generation. Government officials in East African nations are preparing to attack hatching locusts before they mature, spread, and reproduce, spending millions of dollars on pesticides to be applied both on the ground and from the air.

The Bible records that a massive invasion of locusts was one of the plagues that devastated Egypt and preceded the exodus of the Israelites from bondage (Exodus 10). Officials worry that collateral damage from the locust invasion will cause cross-border problems between African nations and destabilize already weak governments. However, Bible prophecies foretell that even greater plagues lie ahead as we approach the end of the age (Revelation 9; 15–16). To learn why these devastating events will occur, be sure to read “Understanding the Coming Plagues of Prophecy.”