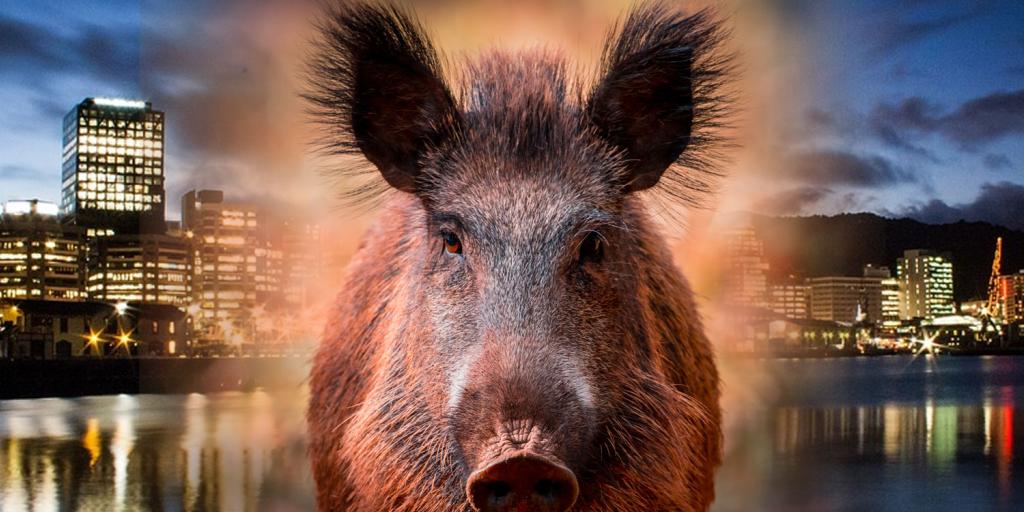 “Marauding feral pigs have blighted a central suburb in New Zealand’s capital, killing kid goats at an urban farm, intimidating dogs and turning up in residents’ gardens” (The Guardian, September 26, 2022). One goat milk dairy farmer lost 60 goat kids to rampaging pigs, and the pigs ate everything but the large bones of the goats. The feral pigs are descendants of those brought to the island by colonists in the 1700s. These pigs “are known to damage native ecosystems and pastures, kill newborn animals such as lambs and carry bovine tuberculosis.”

Feral pigs inhabit roughly a third of New Zealand. Some are as large as 250 pounds (120 kg). No one knows exactly how many feral pigs exist on the island, but community leaders realize their population is growing and it is increasingly encroaching on human population areas.

The current pig rampage in Wellington sheds some light on what the Bible declares will come at the end of the age. Speaking of the infamous “four horsemen of the Apocalypse,” the Apostle John wrote that “power was given to them over a fourth of the earth, to kill with sword, with hunger, with death, and by the beasts of the earth” (Revelation 6:8). It is easy to see how, if food becomes scarce enough, wild animals, such as pigs, could begin to attack humans as well. Thankfully, the Bible also indicates that after the return of Jesus Christ to the earth, once wild and deadly animals will become tame (Isaiah 11:6–9). To learn more about how to view end-time events through the lens of the Bible, be sure to view “How to Watch World Events.”