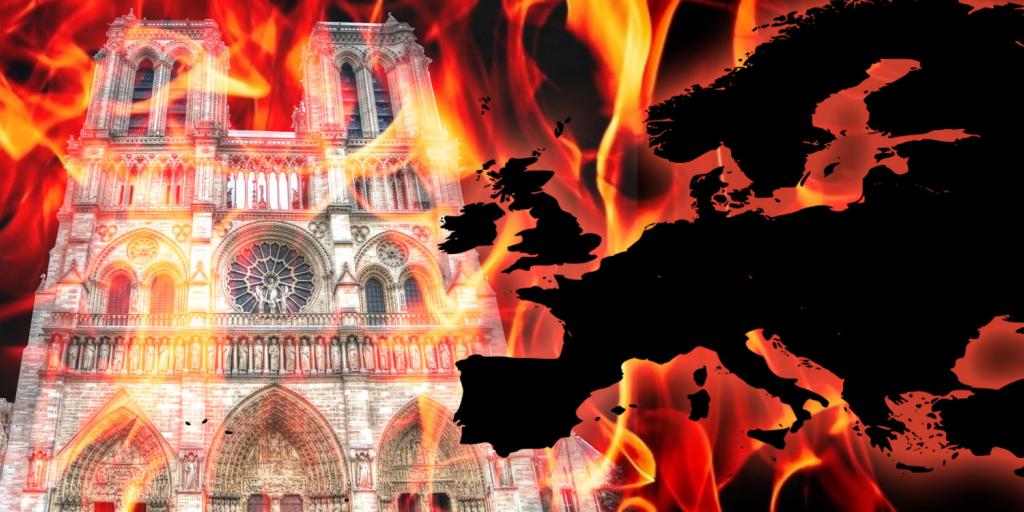 It is sobering to watch the destruction of major historical structures. However, Bible prophecies warn Israelite-descended nations, including France, that God’s punishment is coming because these nations have rejected God and His laws (Hosea 8:11–14). God also warns that in the future, Israel’s “high places” (locations dedicated to other gods) will be brought down because they have rejected Him (Leviticus 26:30).

Even before the fire stopped smoldering, French President Macron promised to rebuild the renowned landmark. Nearly 900 years old, the Gothic cathedral of Notre Dame is known around the globe for its architecture and history, possessing a truly iconic status in France and Europe. Mr. Macron commented that Notre Dame is “the epicenter of our lives” and that “a part of us is burning” (Deutsche Welle, April 16, 2019). Even American President Donald Trump noted that Notre Dame is “one of the greatest treasures of the world… a part of our culture.” Within hours of its burning, hundreds of millions of dollars were pledged for the cathedral’s restoration.

One observer said that the burning of Notre Dame had stricken France “in the core of its identity” (Politico, April 16, 2019). A French historian emotionally observed, “This is not just a trauma. It’s the live amputation of the national memory and identity of France.... What is burning tonight is the heart of the nation—whether Christian believers or not, it is who we are.” Notre Dame is not only a symbol of the heart of France, but also of the heart of Europe!

However, commentator and founder of Prager University, Dennis Prager, observed that Notre Dame’s calamity could also be an “omen” foreshadowing the decline of France, Europe and the West (Dennis Prager.com, April 16, 2019). In his commentary, Prager noted that the principles of Western Christendom throughout Europe have been replaced by “secularism rooted in reason,” and that France has been at the heart of the secular enlightenment. He ended his commentary with the observation, “Europe is burning, just as Notre Dame was.” These are powerful insights worth considering. For more insights into France’s future, be sure to read “Shadows over Europe.”