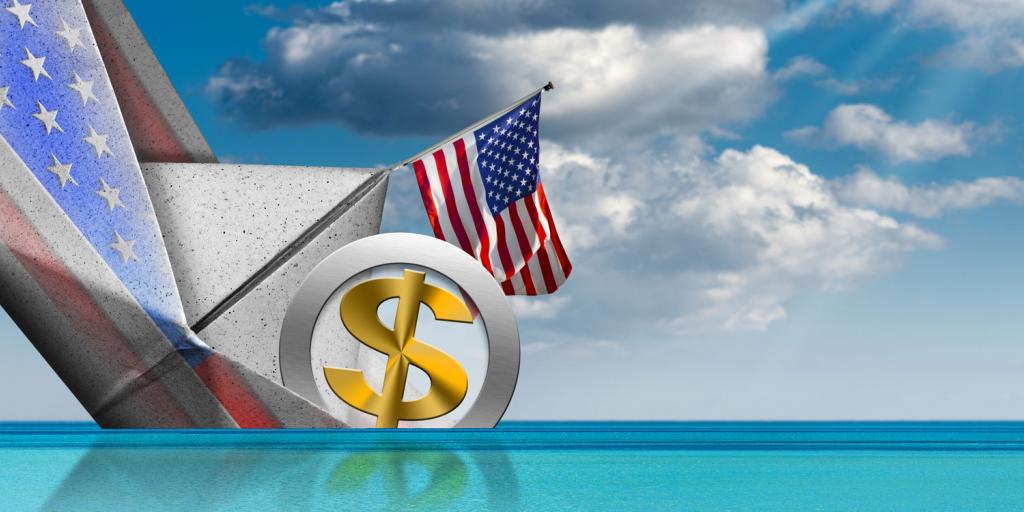 Writing for the Gatestone Institute on October 12 and October 18, investor Lawrence Kadish made some sobering observations for anyone concerned about the future of the United States. “One suspects,” he says, “that historians and economists will consistently agree on one irrefutable fact: nations that allow their economies to bathe in red ink are destined to fail.” As he sounded the alarm on the massive and growing U.S. debt and the widespread disregard of the risks associated with that debt, the U.S. congress temporarily increased the debt ceiling to avoid a default and allow for more spending. While some economists believe that nations can spend their way out of financial turmoil, many students of history disagree with that conclusion.

Kadish believes that America’s spending spree will ultimately lead to national bankruptcy, and notes, “Such an event would destroy the very foundation of our financial system, the savings of every hard-working middle class family, and our country’s very ability to defend democracy.” His conclusion in one article is chilling: “Our enemies have read their history. We would be wise to do the same and recognize that America’s deficit is more than a number. It is a nation-destroying weapon.”

Between 1980 and 1990, the United States moved from being the world’s greatest lender to the world’s greatest debtor. God warned that when the Israelite-descended nations reject Him and His laws, their privileged status among nations will end: “The alien who is among you shall rise higher and higher above you, and you shall come down lower and lower. He shall lend to you, but you shall not lend to him; he shall be the head, and you shall be the tail” (Deuteronomy 28:43–44). Unless America and other nations that have descended from ancient Israel repent and turn to God, they are prophesied to face serious consequences. Finances are only one facet of these consequences. To learn more, read “Economic Collapse! America’s Debt Crisis.”