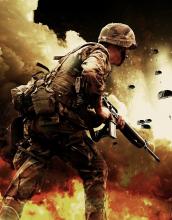 Violence is the norm, not the exception.

Wars and rumors of wars. One cannot peruse the history of man without reading about endless conflicts, tribal massacres, and nations at war. Century after century, nations and empires arise and then cease to exist, often with war providing both the source of their creation and the cause of their demise. The aftereffects linger for decades: hundreds of thousands of orphaned children, widowed women left homeless, crippled bodies of survivors, devastated infrastructure, and enduring economic ruin.

The word “pestilence” immediately evokes a threatening and ominous picture of a fatal epidemic. We may think of the bubonic plague—the infamous “Black Death”—along with pandemic influenzas or other contagions. Some may also think of dire biblical warnings regarding the “last days.” Can we find protection from pestilence?

Say the word “curse” and most people think of casting spells, witchcraft, black magic, voodoo dolls, hexes, and jinxes. A curse is an utterance made with the ill intent to inflict misfortune, adversity, or punishment on someone by means of supernatural power, such as magic or evil spirits. Are curses real?

Don't Fall for It!

Falling is hazardous to our health, often causing injury and sometimes even death. We fall many times in life; as toddlers learning to walk, as youths playing sports, and as adults in our homes. Falling is especially dangerous as we get older when our gait falters and our bones are brittle. But we can also fall spiritually. Why do we fall, and what can we do to prevent it? 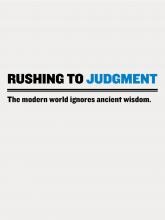 Many people today are quick to condemn others when they hear or see an accusation, even if proof is lacking. Social media lights up like an electrical storm, filled with hateful and vitriolic comments and horrific threats—sometimes including bodily harm and death—toward the accused.