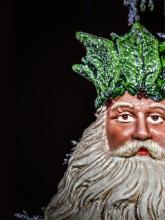 Is Christmas a Christian holiday? Or could this famous “Christian” tradition actually be one of the devil’s favorites?

Knowing what is ahead and what it all means goes beyond simply understanding the Book of Revelation. Many parts of Bible prophecy speak of pestilence and tribulation in the end times. Will a deeper knowledge of these future events help lead you to repentance? 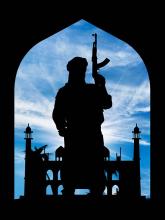 It seems that no place is entirely safe from violence and terrorism. The memory of September 11, 2001 remains a painful scar on the national consciousness of the United States, but terrorism is a worldwide problem. In 2004, Madrid, Spain, experienced horrific train bombings that killed nearly 200 and injured 2,000 more. In 2007, dual bombings in Iraqi markets ripped apart 800 victims and injured about 1,500 more. In 2016, an ISIS-claimed attack killed 29 at a Bangladeshi café. ISIS-linked fighting rages in Mindanao, Philippines. Boko Haram has terrorized Nigeria for years.

The Crucifixion Darkness: What Happened at the Death of Christ?

Many will long remember the “great eclipse” of 2017. Some believe that it was some kind of sign from God. And many believe that a similar solar eclipse marked the Crucifixion and death of Jesus. What really happened at Jesus’ death was both amazing and well-documented—but it was no mere solar eclipse!

The Great Eclipse and the Forgotten Knowledge of Genesis 1:14

The August 21, 2017 total solar eclipse is a very rare event because it will be seen in the United States—and only the United States—from coast to coast. No other nation will be touched by this total solar eclipse. Referring to Genesis 1:14, some see this as a warning sign from God. Is it? Are eclipses signs? And if so, then what are they signs of? What Scripture reveals may surprise you!