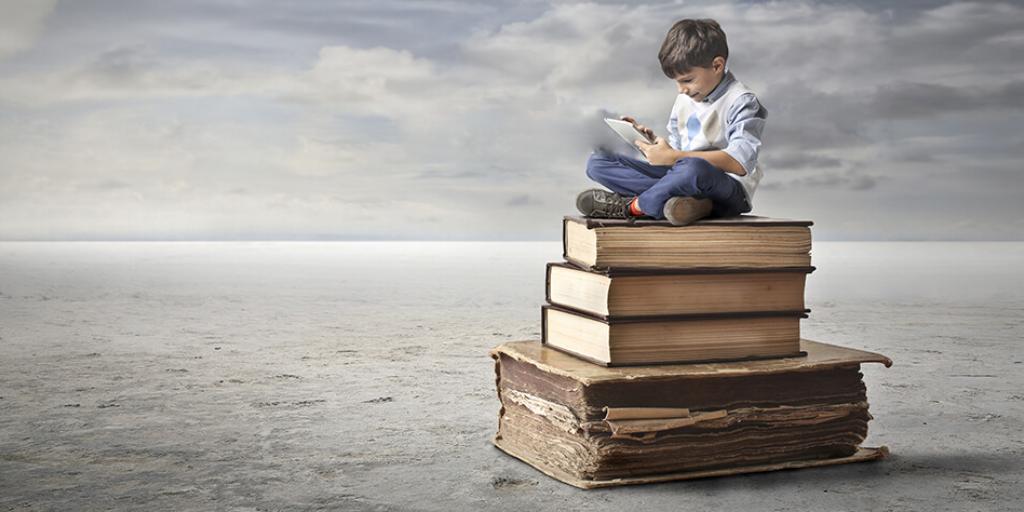 Consider, for a moment, the geologic timeline of the Earth, which estimates our planet to be 4.5 billion years old. The age of the universe is three times longer, estimated at 13.8 billion years. Since man’s average lifespan is generally shorter than a mere century, we cannot adequately comprehend billions of years.

Billions! Incomprehensible! Perhaps that is why man has divided such vast stretches of time into smaller amounts like eons, eras, periods, epochs, and ages. Eons are five hundred millions of years in duration, and an “age” is only a few millions of years in geological time.

The term “age” is also used to identify shorter time periods in human history, like the Stone Age, Bronze Age, Iron Age, and Industrial Age. Many of us living today have lived through the Atomic Age and the Space Age.

Some say we now live in the Information Age. I well remember buying my first personal computer in 1981. It wasn’t long until my computer was a “dinosaur,” and like the Dinosaur Age, it came and went. Computers and the Internet made the Information Age possible. But every age comes and goes. Perhaps we now live on the cusp of the Robot Age or the Genetically Engineered Human Age. Time will tell, but the present age will be replaced by “ages to come.”

There have been numerous extinction events in earth’s history. “Extinction” is a dying out or extermination of life. Scientists have identified a number of past major mass extinctions caused by cataclysmic events, whether periods of global cooling (like the Ice Age), volcanic eruptions, or meteorite impacts.

Since the dawn of the Atomic Age, mankind has worried about human life being destroyed by nuclear war. Many today are keeping a close eye on North Korea’s test-launching of intercontinental ballistic missiles or Iran's attempts to develop nuclear technology, which they fear may incite a cataclysmic nuclear extinction event. Others anxiously scan the sky for large meteors that could strike the earth. Others fear a global plague breaking out, while still others fear global warming and climate change.

Thankfully, the Creator God—Who made the universe and created man in His own image for a great purpose—will not let the earth be utterly destroyed by man. Jesus said that God will intervene in the affairs of mankind to keep man from destroying all life (Matthew 24:22). The Almighty God will step in to ensure that there are “ages to come.”

That is good news! There is a future for mankind! That is part of the Gospel (Good News) message brought by Jesus Christ. Jesus was raised from the dead and exalted “far above all principality and power and might and dominion, and every name that is named, not only in this age but also in that which is to come” (Ephesians 1:20–21). He will usher in a new age at His return. It will be an age of peace—no hatred, violence or war will be allowed. It will be an age of vitality, free from diseases and disabilities as all will be healed and enjoy abundant health. The earth will be healed to produce an abundant supply of healthful food for all. The waters will be healed of pollution, toxins, and poisons. The weather will no longer produce destruction through wind, hail, flooding rain, or parching drought.

Sound like a pipe dream? A mere fanciful, idyllic notion? The Almighty God has planned and purposed it, and He will bring it to pass. His overall plan is revealed by His annual Holy Days. To learn more about this exciting new “Age of Righteousness” shortly to be brought about by Jesus Christ, read our booklets: The World Ahead: What Will It Be Like? and The Holy Days: God’s Master Plan.