North of the city of Victoria, on Vancouver Island, a famous landmark tells a story of transformation and hard work, showing how even in this troubled world, mankind is capable of amazing achievements.

In the 1850s, a young man named George Butchart moved from Dundee, Scotland to the village of Owen Sound, Ontario. Butchart was in the hardware business, and had earlier learned of an English bricklayer’s invention of a new material called “Portland cement.” It was named after the island of Portland (near Dorset, England), since the new cement product looked a lot like Portland limestone.

Butchart had a son named Robert, who would in time take over his father’s hardware business. By 1900, Robert was looking to move. He saw great business potential along Canada’s west coast, in the growing colony of British Columbia, so he moved to the colony’s biggest city, Victoria.

When Robert learned that the Canadian Pacific Railway sought to replace its wooden rail-bridge bases with concrete ones, he saw an opportunity. Just north of Victoria, he found a large soft limestone deposit suitable for making Portland cement. He bought the property and built a home there with his wife Jennie, next to what would become the quarry and cement works.

The family’s fortunes improved dramatically when Robert began to ship cement in paper bags instead of barrels. This made their product cheaper and easier to transport, and demand for it grew. The 1906 San Francisco earthquake caused a huge increase in demand for Portland cement—and Robert met the need, becoming very rich.

Birth of a Project

Eventually, the old limestone quarry became exhausted. With the empty quarry and retired cement works wearing on her nerves, Jennie made frequent appeals to have the whole unsightly place cleaned up. Robert finally acquiesced and gave her free rein to do whatever was needed, money being no object.

Jennie went to work. Part of her motivation came when some of her friends told her bluntly that no one could get anything to grow on that barren rock. Jennie, who had been quite bold and adventurous in her youth, was determined to prove them wrong. But what was she facing? A huge quarry, waterlogged at the bottom, strewn with rusting, abandoned equipment and other debris—it was the very definition of ugly.

Not knowing much about gardening at the time, Jennie hired some expert gardeners, with her husband’s backing. She herself worked very hard, sometimes hanging on a rope, 70 feet above the quarry floor, pushing soil and vine roots into cracks in the rocky wall.

Debris was cleaned up, hundreds of horse carts of soil were brought in, and drainage was installed. Between 1909 and 1921 the quarry was slowly transformed and named the “Sunken Garden.” Twelve years of work had paid off. During the years between 1907 and 1912 Jennie hired an expert Japanese gardener to build one of the finest examples of a Japanese garden in existence. Her projects were endless, and her work in the quarry eventually became a family effort.

Today the Butchart Gardens have become renowned as one of the top five public gardens on earth. No longer a place to avoid, people line up by the thousands to see this remarkable display twelve months of the year. A desolate wasteland transformed into a garden of breathtaking beauty—this is what just one hard-working family accomplished. Such an incredible achievement holds lessons of great encouragement.

For one, desolation can be reversed. The quarry was not only wilderness, it was desolate, ugly and lifeless, its natural habitat destroyed. The work of the Butcharts is an encouragement to mankind, giving us confidence that even desolate, ravaged areas of the earth can become beautiful, desirable and productive.

There is great strength unleashed when family members work in harmony under a common cause and leadership. When any large project is successfully completed, it is because people are working together. In this case, Mr. and Mrs. Butchart were in total agreement. Mr. Butchart eventually became more and more interested in the work and the project expanded. Over the generations, family members continued the work, as continual effort is essential to maintain such a treasure. The result of just one family working for a common goal over time is one of the most picturesque sites on earth.

There is power in sharing and generosity. The Butchart family wanted people to share this garden. In the early years, hundreds came to view it and, until it got to be impossible, every visitor received a cup of tea in a teahouse built for this purpose. Jennie’s joy was magnified when others received pleasure from her work.

There is a story that goes as follows: Jennie was a hands-on gardener. Although very wealthy, she would often be in work clothes tending the garden with her staff. One day two visitors, thinking she was a paid worker, plied her with questions that she took great pleasure in answering. When leaving they offered her a tip, to which she replied: “…Oh, no thank you, the old lady wouldn’t like that.”

The Butcharts were generous with all they had. Mr. Butchart made sure his family was looked after, but with the surplus he was a most kind man, and his wife followed his example. As a result, hundreds of thousands of people enjoyed their garden. Sharing makes effort seem more worthwhile and enjoyable.

Vision, diligence, and perseverance produce good fruit. Jennie Butchart had a vision and she was willing to overcome great challenges. The Butcharts exemplified industry, the willingness to work hard toward a goal and to struggle to surmount obstacles. Their vision with regard to their garden was to develop something that would render a desolate area beautiful. They never lost the desire to make it better. Vision is essential to bring about the desired result, to stick to the task, and to sustain morale. The Butcharts had a physical vision of a physical garden that would benefit them and their community.

Despite the skepticism of a modern world, the Bible clearly predicts a future ruled by a returned Christ and His Family—resurrected “firstfruits.” It describes a world restored from destruction to great beauty, peace and productivity. It will be a time when people will live by God’s law, which will produce generosity, kindness, diligence and creativity.

“The wilderness and the wasteland shall be glad for them, and the desert shall rejoice and blossom as the rose; it shall blossom abundantly and rejoice, even with joy and singing. The glory of Lebanon shall be given to it, the excellence of Carmel and Sharon. They shall see the glory of the Lord, the excellency of our God” (Isaiah 35:1–2).

The Butchart family achieved a great feat, but it is only a minuscule example of what is pictured to come, when God’s Kingdom administers His law on this earth, creating a paradise infinitely more spectacular, joyful and lasting than Jennie’s magnificent garden. 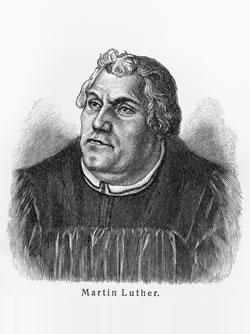 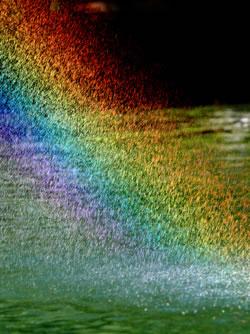 The Liquid of Life