An Evening at Grandma's | Tomorrow's World 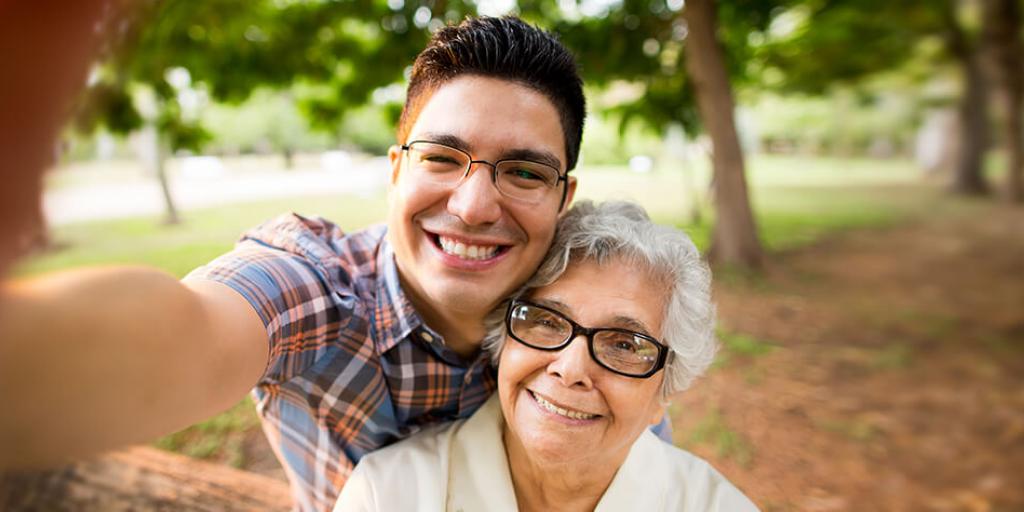 An Evening at Grandma's

When I was in my twenties, I would take the opportunity to visit my paternal grandmother on a Friday night. During these special visits, my grandmother would feed me a delicious meal as we talked sitting at her dining room table. Through some gentle prodding from me, she would recount her life, her upbringing, her family, and her life with my grandfather.

I had never had the chance to get to know my grandfather very well before he died. Yet, she was always eager to open the pages of time and reveal the man behind the yellowing photos of her worn photo album.

My grandfather was born at the turn of what my grandmother called "the great century." His family was not rich monetarily but stood solid on rich principles of life. He had lived through the period of two world wars, numerous other military conflicts, and the Great Depression. He had worked endlessly on the family farm as a youth, which set the working standard for the remainder of his life.

His early life experiences through difficult times translated into a knowledge of endurance which he expressed to his sons in his words and deeds. He constantly instructed and directed his sons on how to be upright men who feared God and respected others. He became the strong patriarch of an expanding family fueled by his six sons and their developing families.

As my grandmother reminisced, I listened intently to grasp the image of this man. Her eyes would widen as she spoke of characteristics that she admired in him. Her voice would crack ever so slightly with the love she possessed for this man with whom she shared her life. She spoke confidently of her husband's traits and accomplishments, pointing to her sons as vivid examples of his continuing legacy. Within each survey of her precious memories, my grandmother positively affirmed that her boys were true character extensions of my grandfather.

Sitting with this aged lady, I realized that this man, about whom I was so anxious to inquire, was embodied in a person who directly affected my life. My grandfather had spent a large part of his life imbuing proper character traits in his sons, one of whom I called Dad. The complete circle connected when I understood my grandmother's words portrayed a son who revealed a true image of his father. She would, even from time to time, use my father's name along with his brothers' to describe the character of my grandfather.

One special evening, as we shared a piece of homemade chocolate cake and a trip down "Memory Lane," my grandmother stopped in her dialogue. She hesitated for a moment and then said to me, "Your grandfather was very proud of your father." I do not know if my father was made aware of his father's sentiment. Yet, the statement echoed the proclamation of Matthew 3:17, when the words from the throne room of God Almighty recognized Christ as "My beloved Son, in Whom I am well pleased."

This Son gave us an example of the traits, knowledge, character, and love of His Father, the Father of all. He tried with continuous efforts to grant us a view of the Father that He represented. Sometimes, He would inquire of those closest to Him to see if they were becoming aware of this vital message.

Each of us has before us the great opportunity to know our Father in heaven by the examination of the actions, words, and character of His Son. This beloved Son taught among our ancestors a way of life that He had lived with and learned from His Father. Our ancestors were inspired to preserve those special memories in print. And within their printed words, we can thoroughly explore the good or bad actions of our ancestors, as they followed or dismissed their opportunity to know our Eternal Father.

Every once in a while, I miss those talks at Grandma's house. Yet, I endeavor never to miss the opportunity to better know my Dad and to always strive to know more of my Spiritual Father.

Send for our free booklet The Real God: Proofs and Promises, and get to know the One who really is our Father.