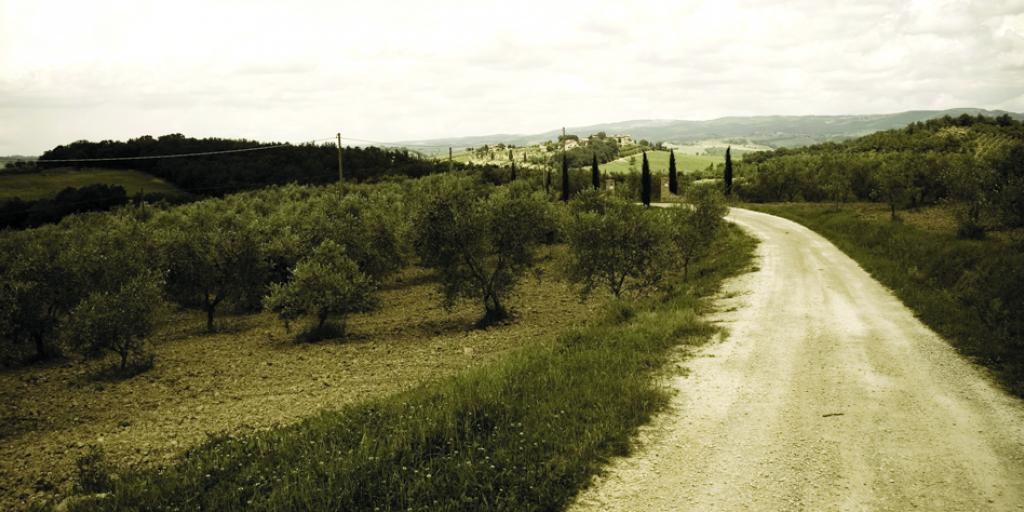 Ancient paths, found on every continent, were used by people living centuries ago to travel from place to place and trade their goods. These ancient pathways were the best route—or sometimes the only route—to take to arrive safely at the desired destination.

Ancient routes are in the Middle East, Asia, Africa, Europe, and the Americas. A few examples include the Silk Road, a trade route from China to as far as Europe; the Northern Trail, stretching 2,000 miles from Mexico to Canada; the Khmer highway between Cambodia and Thailand; the Persian Royal Road linking the Mediterranean Sea and the Persian Gulf; and the King's Highway linking Egypt and Syria.

Some modern highways follow ancient paths. As a child, I lived close to National Road, or old U.S. Route 40, which was built along older pioneer roads and some American Indian paths. Then Interstate 70 was built, roughly following old U.S. Route 40. The newer Interstate is better for speed, but you may find local people who will direct you to charming old restaurants or sites along the old path. New and modern is not always better.

The ancient Hebrew prophet Jeremiah delivered a prophecy from the Eternal regarding the coming destruction of Jerusalem. The dire prophecy declares that Judah will be plundered, picked clean (Jeremiah 6:9), taken captive, and their houses and belongings given to others (vv. 11–12). The reason for the punishment is because God’s word is a reproach to them (v. 10), they are covetous, deal falsely (v. 13), commit abominations, and are without shame, unable to blush or be embarrassed (v. 15).

God pleads, “Stand in the ways and see, and ask for the old [ancient] paths [of antiquity], where the good way is, and walk in it; then you will find rest for your souls. But they said, ‘We will not walk in it’” (v. 16). God is advising to be like a traveler asking directions: “Am I on the right road to…? What is the safest and best route?” Follow God’s ways that from ancient times are the good paths leading to rest at the journey’s end.

Later, in Jeremiah 18, God warns both Judah and Israel: “Thus says the Lord: ‘Behold, I am fashioning a disaster and devising a plan against you. Return now everyone from his evil way, and make your ways and your doings good.’ And they said, ‘That is hopeless! So we will walk according to our own plans, and we will every one do the imagination of his evil heart’” (Jeremiah 18:11–12, see rest of chapter).

God says that because they forgot Him, and through idolatry have stumbled from the ancient paths, He will punish them.

What are the ancient paths? They are the way of godliness and righteousness. The famous 23rd Psalm speaks of the “paths of righteousness” (Psalm 23:3). In Psalm 25:4, David asks God, “Show me Your ways, O Lord; teach me Your paths.” God’s way has always been, and will always be, the best path and the only path that leads to life.

Understanding God’s ways will “keep you, to deliver you from the way of evil, from the man who speaks perverse things, from those who leave the paths of uprightness to walk in the ways of darkness; who rejoice in doing evil, and delight in perversity of the wicked, whose ways are crooked, and who are devious in their paths…. So you may walk in the way of goodness and keep to the paths of righteousness” (Proverbs 2:10­–15, 20).

Our nation once called itself a Christian nation. Now our nation is throwing God and His ways out and taking deadly paths. Punishment always comes. God warns: ask for the old paths, ancient paths of antiquity, where the good way is, and walk in the paths of righteousness.

To learn more, read our free booklets Restoring Original Christianity and Where Is God’s True Church Today? or order your free copies right here at Tomorrow's World. Also, be sure to check out the telecast "Letters to 7 Churches of Revelation Explained."