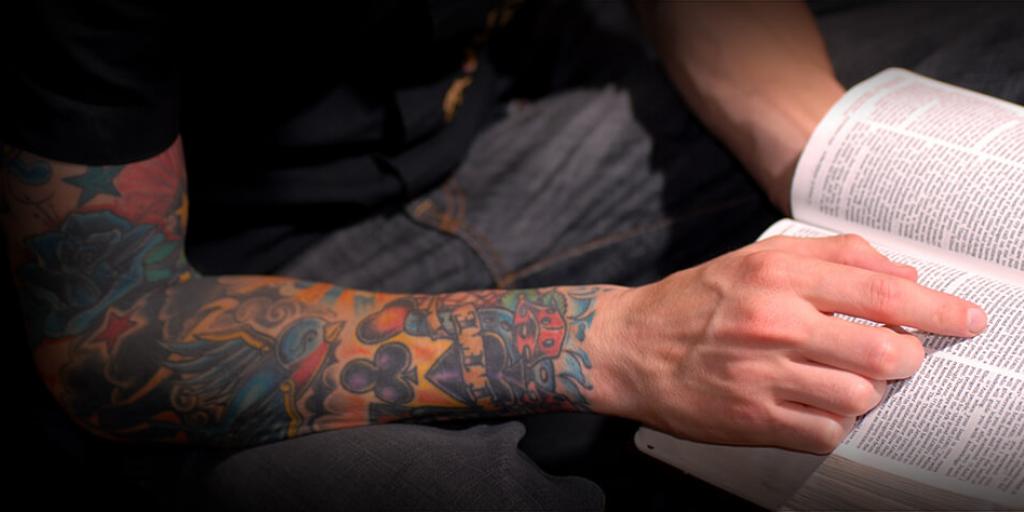 Once, as I drove through a part of our city, I was taken aback by the number of tattoo parlors that had sprung up to meet the obvious demand for what some call "body art." Some were upscale storefronts with catchy names; others were seedy looking establishments.

As one who travels a lot, I often enjoy people-watching at busy airports or at stops along the busy highways of America. One thing that I notice is that an incredible number of people, young and old, male and female, regardless of their economic situation or race, have tattoos on their bodies. Some of these markings are obviously meant to be provocative, since part of the visible markings show only a bare midriff or a bodice while the remainder is concealed by clothing. I understand that some young people have a slang name for this kind of partially concealed tattoo, calling it a "tramp stamp."

The tattoo fad seems to have become immensely popular because of the influence of rock stars and many professional athletes who proudly display their body markings. Female entertainers have also gotten in on the act. All of this has caused the practice to mushroom over the years as young people emulate their heroes and role models.

Much has been written by medical experts on the potential health problems caused by tattoos. The long-term effects of the ink in the body are not fully understood, and the possibility of infection from non-sterile needles is very real. The social stigma that can come later in life is something to be considered, besides the example to one's children and grandchildren.

As I considered this pervasive phenomenon, I heard a caller to a popular talk show explain that her daughter went to a Christian tattoo parlor that only did tattoos of Christian religious themes. The idea seemed to be that by displaying popular Christian symbols on their body, the person was "witnessing for Christ." In fact, the person said that, in her view, since King Solomon decorated the temple in his day, it was OK to decorate the body—which after all is called the temple of the Holy Spirit (see 1 Corinthians 6:19).

How about it? Is this correct? Does this justification hold up, or does the Bible have anything specific to say on the subject that would call such logic into question? It may surprise you to know that Scripture does address this subject directly, with clear instruction on tattoos. In Leviticus 19:28 it is written: "You shall not make any cuttings in your flesh for the dead, nor tattoo any marks on you: I am the LORD."

Anciently, markings on the body were made for pagan religious symbolism, as is still done in some primitive cultures today. However, if we are concerned about what God says, we will avoid putting markings on our physical bodies.

The Apostle Paul wrote to the Church in Corinth, "Or do you not know that your body is the temple of the Holy Spirit who is in you, whom you have from God, and you are not your own? For you were bought at a price; therefore glorify God in your body and in your spirit, which are God's" (1 Corinthians 6:19–20). Certainly, if we are to glorify God in our body, we will not deface it by "writing on the walls" of the temple of the Holy Spirit.