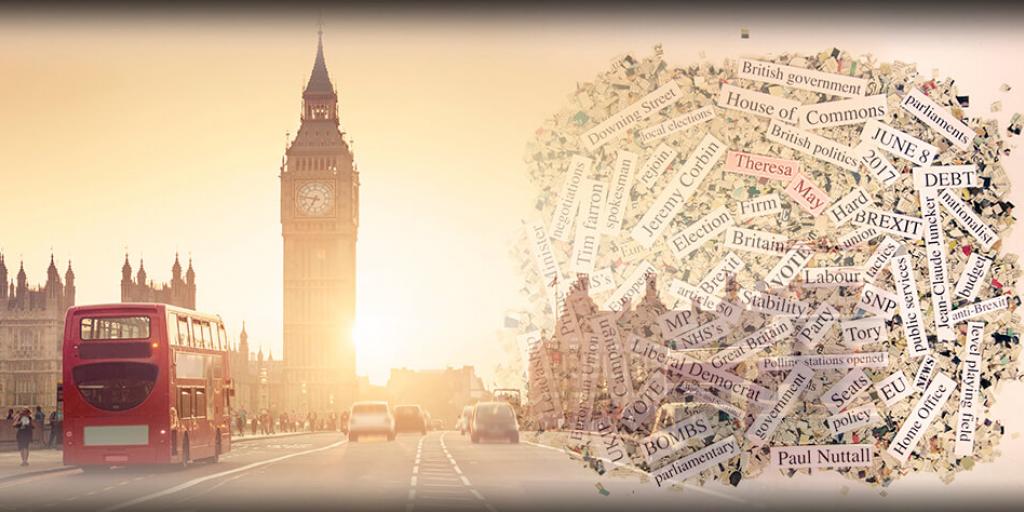 The astonishing outcome of the United Kingdom’s June 8 General Election was the one least expected or desired: a “hung” parliament, in which no clear winner emerged. The pound slumped against the dollar and euro to its lowest levels in seven months. Several newspaper headlines proclaimed “May’s Gamble Backfires.”

Despite calls for the Prime Minister’s resignation, the Conservative Party was in no mood for another leadership contest. So for now, a much chastened Theresa May remains in office. She has quickly formed a new minority government with the backing of the Democratic Unionist Party (DUP) of Northern Ireland.

Why did this remarkable, shock result happen, and what does it mean for Britain in the days ahead—particularly in respect to Brexit?

It wasn’t supposed to end this way. Theresa May called the election with the aim of substantially increasing her slim majority in Parliament. This would strengthen her hand with Brexit negotiations, which are set to begin just ten days hence. Instead, her overall majority evaporated altogether; she is back in office only by the skin of her teeth.

Going into the election, the Conservatives were 20-plus points ahead of a divided and dispirited Labour party, whose leader, Jeremy Corbyn, was held in contempt by many of his own parliamentary colleagues as virtually un-electable. But Corbyn stuck doggedly to his socialist dogma, appeared relaxed and confident, and ever willing to discuss his long-held beliefs. He appealed directly to young voters by promising free university tuition and raising the minimum wage. He would pour more money into education and the National Health Service (NHS). He would bring the railways, water and postal service back into public ownership. He would make high earners and firms pay more in taxes. As the Economist newspaper summed up, “Jeremy Corbyn has taken Labour to the loony left, proposing the heaviest tax burden since the second world war.”

Meanwhile, from the moment the Conservative manifesto was launched, the Tory lead began to collapse as doubts grew about May’s own leadership. Her campaign style was described as “presidential,” with a focus on “me and my team,” and scarcely a mention of the Conservative Party. May’s mantra was her “strong and stable” leadership in contrast to that of the “unelectable” Corbyn. Yet, she appeared to be rather “wooden” and indecisive, reluctant to enter into TV debates; loath to talk about the details of her policies hatched by a close team of personal advisors, seemingly without wider counsel from her party. A key objective was to make the elderly pay more for their social care, albeit from their estate after their demise. When this policy stirred up a hornet’s nest of opposition, the policy was reversed after just four days. The Economist’s summation was “A campaign meant to cement her authority feels like one in which she has been found out.”

As the election campaign progressed, it was held up by two horrendous Islamist terrorist attacks, in Manchester and London, with terrible loss of life, which Labour used to focus attention on Tory cuts to police numbers. The Labour vote was “turbo-charged” in areas dominated by “remainers”—those wishing to stay in the European Union. The Tories did best in areas dominated by “leavers.”

North of the border, the Scottish National party (SNP) lost heavily to other parties, especially the resurgent Conservatives, putting a severe dent in their plans to hold another referendum on Scottish Independence any time soon.

This was the strangest of general elections. As one commentator put it, one could be forgiven for thinking that “the Conservatives ‘won’ but lost, and Labour ‘lost’ but won.” Such was the unanticipated reversal of fortunes, making yet another early general election more likely.

So just when the country needed to be strong and united to face the uncertain future generated by Brexit, it finds itself weak and disunited, beset by chaos and confusion, making negotiations with the EU that much harder to resolve successfully. Such is the capricious nature of politics.

What kind of future can the Israelite-descended peoples of the world expect, and is God working out His plan and purpose even through such confusing and chaotic events? Order your free copy of The United States and Great Britain, today, to learn more.

Be sure also to read the articles, “Brexit: Why a Snap UK General Election?” and “Brexit: A Messy Divorce.” And follow Tomorrow’s World as we continue to chart Britain’s progress out of the EU through this most demanding period of her history.