The Declaration of Arbroath and Brexit | Tomorrow's World
Tweet

The Declaration of Arbroath and Brexit

Ever since the Acts of Union in 1707 brought the kingdoms of Scotland and England together as Great Britain, Scotland has borne a somewhat strained relationship with her more powerful neighbour to the south. In 2007, when the Scottish National Party (SNP) came to power in the Parliament of Scotland, voices increased their calls for independence from the rest of the United Kingdom. The recent general election in December 2019, when the SNP won 48 out of the 59 Scottish seats in the UK Parliament, has emboldened those pressing to leave. Scots rejected independence by a 55 to 45 percent margin in a 2014 referendum, but one August 2019 opinion poll suggests that a slight majority may now favor independence (“Scots favor independence from United Kingdom, Ashcroft poll shows,” Reuters, August 5, 2019).

Perhaps surprisingly, a 700-year-old letter, written to the pope by Scottish nobles and called the Declaration of Arbroath, can provide us with significant insight and understanding of this powerful vein of Scottish thinking. It takes us back to the ancient origins of the Scottish people and currently unrecognized familial bonds to the nations around them.

When the Scottish monarch Alexander III of the House of Dunkeld died in 1286, the Scottish barons invited Edward I of England to mediate between opposing contenders to the throne. Instead, Edward violently coerced the Scots to swear allegiance to him. Robert I, known as Robert the Bruce, subsequently fought against the English led by Edward II, winning a decisive battle for Scotland at Bannockburn in 1314.

Diplomatic Letters: From Arbroath Abbey to the Pope

Through repeated letters, the pope sought to end hostilities between the two Catholic countries. He refused, however, to acknowledge Robert the Bruce as Scotland’s legitimate king, so a letter known as the Declaration of Arbroath—dated 6 April 1320 and bearing the signatures and personal seals of 39 Scottish nobles—was written to Pope John XXII in Avignon, France, explaining the Scottish position on the conflict with England.

Writing to the pope was nothing new to Scottish barons. In 1237, King Alexander II and the barons of his day sent Pope Gregory IX a peace treaty negotiated with England in the presence of a papal legate and told the pope of their plans to abide by it. So, writing to inform the pope of their perception of injustice in 1320 would have been viewed as a potentially fruitful diplomatic approach. The Declaration described no sudden swelling of nationalist feeling, but rather a desire for respect and autonomy within the existing relationship with England. It was a diplomatic letter and a piece of what might be called intelligent propaganda. A 1320 copy of the original resides at the National Archives of Scotland in Edinburgh.

The Declaration of Arbroath laid out the Scots’ historic national credentials and essentially asked the pope to compel the English to leave them alone. However, there is no evidence that the letter had any significant impact at the time. It disappeared from history and was virtually forgotten even in Scotland until an English translation of the original Latin appeared in 1689.

The most famous quote from the letter, sometimes used by Scottish nationalists, reads, “As long as a hundred of us remain alive, never will we on any conditions be subjected to the lordship of the English. It is in truth not for glory, nor riches, nor honours that we are fighting, but for freedom alone, which no honest man gives up but with life itself.”

The SNP had sought to avoid Brexit and wants another Independence Referendum in Scotland (referred to as “IndyRef2”), seeking to separate Scotland from the other UK countries of England, Wales, and Northern Ireland. If the Declaration of Arbroath were a declaration of Scottish independence, you could see why the SNP might use it. The party has, however, shied away from referencing the Declaration or even drawing attention to the phrase about freedom, as such references have proved problematic in their earlier campaigns.

Despite the encouraging results for the SNP cause in Scotland, reflected in the recent general election, a constitutional standoff may not be on the cards. Prime Minister Boris Johnson has already declared that he will not support an IndyRef2, as the first one in 2014 was supposed to settle the issue for at least a generation.

What additional background to these modern events can the Declaration of Arbroath reveal to us? The preamble makes a clear statement about the Scots’ knowledge of their Israelite origins, their ancient migrations, their victories in battle, and their long history of self-governance as a nation.

…we know and from the chronicles and books of the ancients we find that among other famous nations our own, the Scots, has been graced with widespread renown. It journeyed from Greater Scythia by way of the Tyrrhenian [Mediterranean] Sea and the Pillars of Hercules [Straits of Gibraltar], and dwelt for a long course of time in Spain among the most savage peoples…. Thence it came, twelve hundred years after the people of Israel crossed the Red Sea, to its home in the west where it still lives today. The Britons it first drove out, the Picts it utterly destroyed, and, even though very often assailed by the Norwegians, the Danes and the English, it took possession of that home with many victories and untold efforts; and, as the histories of old time bear witness, they have held it free of all servitude ever since. In their kingdom there have reigned one hundred and thirteen kings of their own royal stock, the line unbroken by a single foreigner.

So why the eagerness amongst some to break the 1707 Treaty of Union between England, Wales, and Scotland? Our booklet The United States and Great Britain in Prophecy, available free of charge in print and online, describes biblically prophesied situations like this potential disintegration of long-established, powerful alliances.

Leviticus 26 records God’s warning to the Israelites against disobeying Him, a state we see plainly in our society today. He declares specifically in verse 19 that He will break the pride of our power in response to our national rejection of Him. Additionally, Jeremiah 30:7 describes the time of national catastrophe ahead as “the time of Jacob’s trouble.” We know Jacob’s name was changed to Israel (Genesis 32:28), which—as demonstrated in our booklet—refers to the nations of northwestern Europe today, including the Scots, English, Welsh, and Northern Irish.

So, what does the future hold for the UK? It seems that the general election vote in Scotland was not necessarily in support of independence but rather was against Brexit. However, with Brexit now a fact of history, it remains to be seen how the dynamics will change. After nearly 50 years, the UK intends to control once again its own national destiny, which may be to the advantage of Scotland as well. But will that renewed control lead to national repentance and striving to truly obey God? For the sake of our fate as a nation, let us hope so! 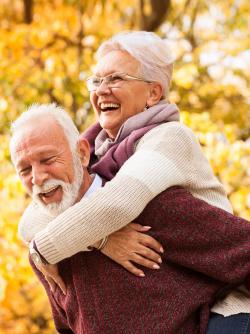