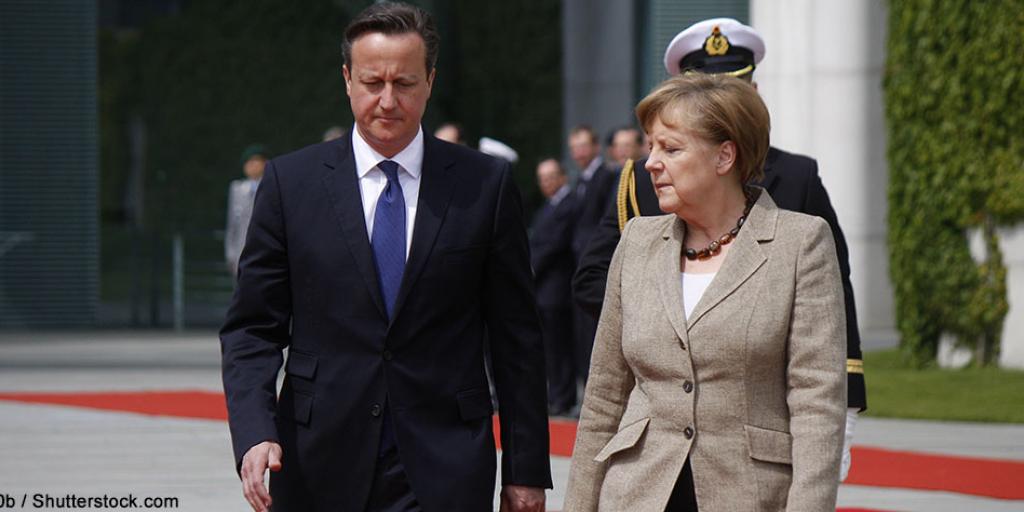 This vexing issue will finally be settled once and for all on June 23, 2016 in a national referendum on the question, “Should the United Kingdom remain a member of the European Union, or leave it?

For over 40 years this has been the enduring question that has plagued United Kingdom politics. Britain thought it had joined an economic and trading bloc, but events since have confirmed that the EU is primarily a political union, which the UK never wanted. Many in the UK feel they do not belong or thrive in the restrictive, overly bureaucratic EU that seems intent on becoming a super-state. So this is neither a minor question nor an irrelevant one. Its ramifications are enormous. The destiny of Europe and Britain is at stake—and the fulfillment of major prophecies relating to the period of time right before the return of Jesus Christ is also directly relevant.

And so it was that David Cameron, the leader of the UK Conservative Party and current Prime Minister, promised that he would give the nation a referendum on the EU. He took a brave gamble and committed himself to renegotiating Britain’s relationship with the EU. If this were a success, he would recommend Britain should stay in. If not, he would recommend that the UK leave.

After months of laborious diplomacy, this process culminated on the 19th of February in a last-gasp agreement with the EU in Brussels. Seemingly against all the odds, the UK could have a “special status” one-off deal within the EU that Mr. Cameron felt he could recommend to his party and the nation. Germany’s premier, Angela Merkel, played a leading role in the controversial decision, insisting that she wanted the UK to remain in the EU and that all 28 member nations should stay together. This has provided a “rare and unique UK political moment”—the most important decision for the nation to make over the past forty years, and perhaps even the next 40 years as well.

So the next four months are expected to see a noisy and intense national debate between the Stay side and the Leave side as to what is best for Britain. Mr. Cameron is strongly advocating that the UK remain in what he calls a “reformed EU,” as this would render the UK, in his slogan, “safer, stronger and better off.” But the Leave side insists that now is the time to reclaim precious sovereignty and control, to go it alone on the international stage. Their slogan is “freer, fairer, better.” Thus far opinion polls are about even, but with everything to play for over the next four months of campaigning.

How does all this relate to Bible prophecy? Readers of Tomorrow’s World will be familiar with the Bible’s prediction that just before the return of Christ a ten-nation power will briefly arise in Europe—the domain of the old Holy Roman Empire—and give its power to a supreme political and military leader or “Beast.” This person in turn will be aligned with a supreme religious leader (see Daniel 7:20–24; Revelation 17:12–14).

The glaring question is whether Britain will be a part of this final ten-nation combine. The decisive answer would seem to be, “No!” Whether Britain stays in or leaves the EU, she has made it very clear she will never be part of a European super-state, and the recent EU agreement has granted her full exemption from any further steps towards “ever closer union.”

Keep reading and watching Tomorrow’s World for the prophetic understanding of today’s fast moving events, and be sure to order your free copy of the keystone prophetic booklet, The United States and Great Britain in Prophecy!