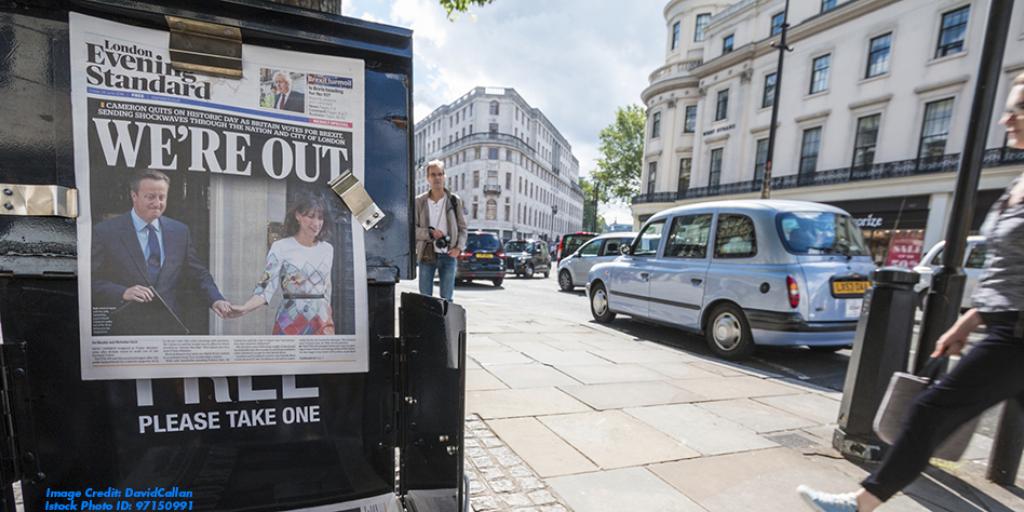 Britain Votes to Leave the EU

Every now and again a new dawn brings surprising and unexpected events that have the power to recast the course of history, and send it in a radically different direction. Friday, June 24, 2016 was one of those days, as the world woke up to the shocking news that, after 43 years as part of the European Union, Britain had voted to leave. This truly seismic event sent immediate economic and political shockwaves around the globe, and plunged the EU into the greatest crisis of its 59-year history.

In the past, even very recently, saying “no” to the EU would have galvanized it into frenetic activity and much encouragement to think again, with a host of inducements to fall back in line. Yet this time around things appear to be radically different. The EU is widely expected to act very tough indeed, in order to dissuade other member nations from following Britain’s contagious example.

Until then, it will be business as usual for Britain in almost every respect. David Cameron was at pains to calm and reassure the nation (and the world at large) about the state of Britain’s economy and international relationships, pledging to do all he can to see Britain through what promises to be a turbulent period of upheaval and uncertainty. Britons abroad and Europeans in the United Kingdom, he said, have nothing to worry about. Britain needs a period of calm reflection and analysis to bring clarity as to the best way forward in complex and challenging new circumstances.

Immediately, Brexit raises fundamental questions about the survival of the UK as a cohesive nation. Scotland, which solidly voted to remain within the EU, appears intent on organizing a second referendum of her own on whether or not to leave the UK and go her own way within the EU. There is also speculation that Northern Ireland, which also solidly voted to remain in the EU, will link up with the Republic of Ireland, already part of the EU. Down in Gibraltar, a British Overseas Territory since 1713, voters also opted for remaining in the EU, and there were immediate proposals from Spain for Britain to enter into joint sovereignty negotiations. Could the issue of EU membership be the cause of Gibraltar finally returning to her Spanish roots?

Was Britain’s decision really that important in the grand scheme of things? One Daily Telegraph source suggested this has been the biggest uprising of the British people against its leaders since the Peasants Revolt of 1381. But, this decision also has the power to destabilize—perhaps fatally—the EU in its current form.

One of its largest budget contributors has departed and the EU is left with a large hole in its resources that will need sorting out. Last year the Five Presidents Report on the EU stressed ever-closer union and plans to deepen EU fiscal, economic and political integration with the aim of becoming a European superstate. Are these hopes and dreams crumbling before our very eyes? Or will the EU proceed even more strongly in this direction in order to protect its own interests?

Could it be that in short order the EU, seen as a permanent reality of modern life for most people alive today, will simply cease to exist in its current form? And, if so, what would replace it? Or might the EU consider changing direction to become more democratic and responsive to its peoples? How will the ongoing Euro crisis and migrant crisis be satisfactorily resolved? Will other countries yet secede in order to engineer their own survival?

Britain’s going independent represents a severe economic and political challenge for the years ahead. Will this, as supporters ardently desire, lead to a re-flowering of Britain’s fortunes on the world stage? Or will Brexit lead to a marginalizing of Britain and a narrowing of its prospects and success?

For an in-depth look at how the Bible answers these questions and what impact Brexit will have not only on Britain and Europe, but also the rest of the world, order our informative free booklet, The United States and Great Britain in Prophecy.