Definer of the Nation | Tomorrow's World 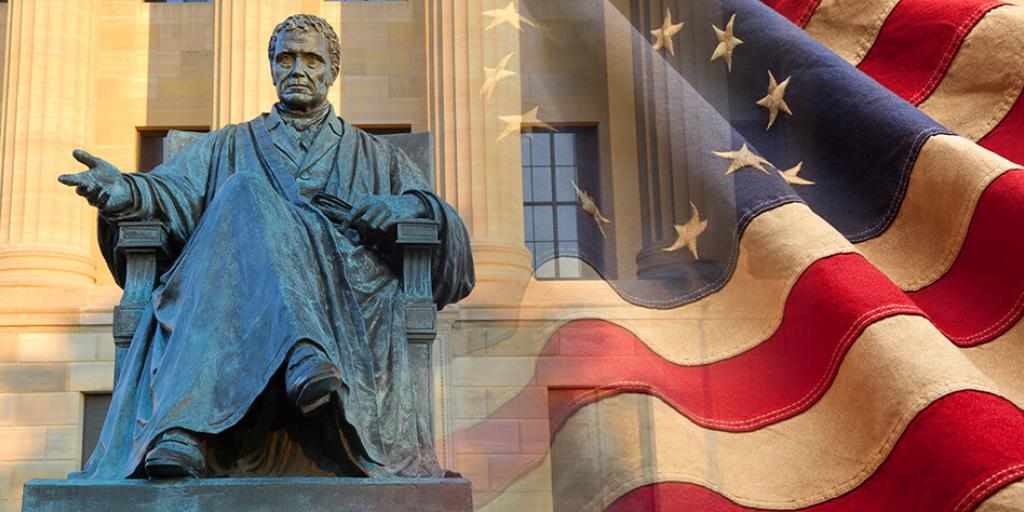 Definer of the Nation

Back in 2009, I visited my parents in the New Jersey town where I grew up. On a bright Sunday afternoon, we journeyed by car a short distance to the Monmouth Battlefield State Park, just outside town. This was the site of the last major battle in the north, during the American Revolution, on June 28, 1778, and it was the largest one-day battle of the war (in terms of participants). It was a needed victory for George Washington and his troops after their dreadful winter in Valley Forge. Major General Lafayette described this bloody battle in oppressive heat as Washington's finest hour.

Here is how Wikipedia explains the progress of the battle: "In May of 1778 the British commander, General [Henry] Clinton in Philadelphia, faced with a war with France decided it was prudent to protect New York City and Florida. He sent 3000 troops to protect Florida by sea. Then on June 18, the British began to evacuate Philadelphia, crossing New Jersey to go to New York City. They had 11,000 troops, a thousand loyalists and a baggage train 12 miles (19 km) long. As the British advanced, the Americans made it painful for them. They started burning bridges, muddying wells and cutting trees across roads... Washington determined that the British were vulnerable to attack as they spread out across the state with their baggage trains, and moved from Valley Forge into New Jersey in pursuit... The battle was technically a tactical draw, as it had no particular benefit for either side, but the Americans claimed victory being left on the field, with the British having withdrawn."

I walked across one of the fields of this battle site that afternoon trying to imagine what it must have been like to witness this clash of arms. Then, by coincidence, later that week I attended a lecture at the University of Mary Washington by author Jean Edward Smith on someone who had been there that fateful day—John Marshall. He and his men were assigned to the flank to prevent the British from escaping to the west. It was during this battle that he was promoted to the rank of captain. You may read more about this in an article by Judge Stephen J. McEwen, Jr. titled "Chief Justice John Marshall: Soldier of the Revolution."

John Marshall was the eldest of 15 children born in a log cabin in Fauquier County, Virginia. He was another great American who rose from obscurity to make a major contribution to our American story. Here is how Conservapedia describes his judicial exploits: "John Marshall (1755–1835) was one of the United States Supreme Court's most influential Chief Justices. He was a leading Federalist and was appointed by President John Adams as Secretary of State and then Chief Justice. His influential rulings reshaped American government, making the Supreme Court the final arbiter of the Constitution, with power to overrule the president, Congress, the states, and all lower courts. He fought to protect the rights of individuals and corporations against intrusive state governments."

As George Washington founded the nation and Abraham Lincoln preserved it, John Marshall defined it. Thus, author Jean Edward Smith called him "The definer of the nation." Being 35 years in office, he was the longest serving Chief Justice in Supreme Court history.

Throughout the history of our nation we have debated the relative powers of each of our three branches of government. Though these branches have served us well for 241 years, yet ours is still a government "of the people, by the people, for the people," to quote Lincoln. As such, it was designed by fallible men and has many shortcomings.

But there is coming a divine government having infallible law because it is based on the Ten Commandments. Why not read our article, "World Government is Coming," and learn about the governmental system to be administered throughout the world when Jesus, the Definer of the Kingdom, returns?