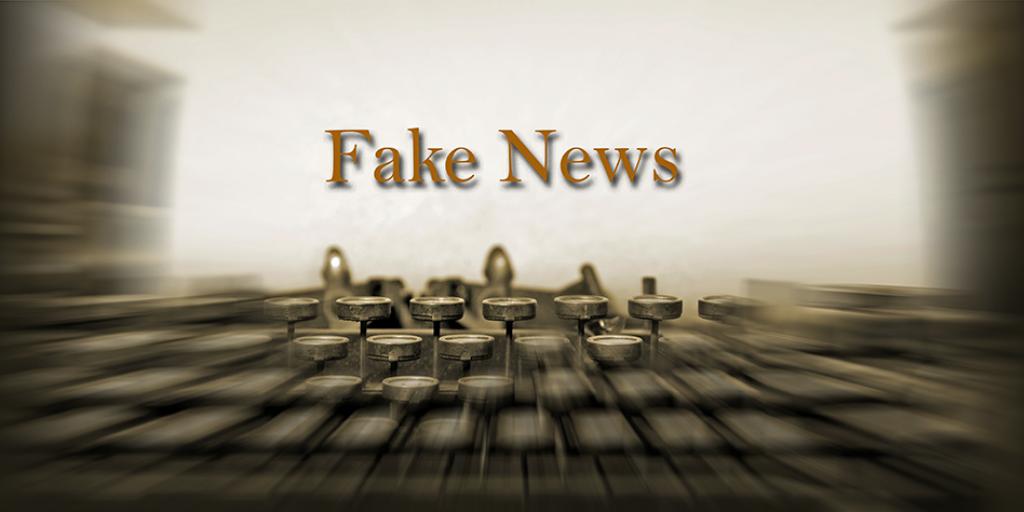 We hear a lot about “fake news” these days, which term calls into question the integrity and veracity of what is being reported. Consumers of news media are finding it hard to trust any reports.

Some public figures get caught in misrepresentations of facts and even outright lies. Sometimes an innocent person or situation is cast by opponents as shady by allegation and innuendo. Such news “spin” are facts that are deliberately slanted by various methods to mislead the audience and negatively influence public opinion. The presentation of facts is structured and modified in an attempt to reduce negatives or to over-emphasize positives. It is a form of propaganda, disseminating information to either assist or damage an individual or body of individuals.

Fake news is as old as humanity. It is also known as lies, falsehoods, deceit, slander, backbiting, guile, and other terms—and it all comes from the same source, ultimately.

Jesus Christ was a target of “fake news.” Often it came from the religious leaders, but it was inspired by Satan the devil, “a liar and the father of it” (John 8:44). Satan used Pharisees, Sadducees, priests, elders, and other false witnesses to both misrepresent what Christ said and to speak outright lies in their efforts to justify their desire to condemn Him to death.

The elders of the people assembled at the palace of the high priest, Caiaphas, and plotted to take Jesus by treachery and kill Him (Matthew 26:3–4). After washing the disciple’s feet, introducing the symbols of the bread and wine and singing a hymn, Jesus and eleven disciples went to the Garden of Gethsemane. Judas had left to collude with the chief priests to betray Christ for thirty pieces of silver (vv. 14–16). Judas led the group of chief priests and elders to the garden where Jesus was and identified Him with a customary kiss (vv. 47–48). They laid hold of Jesus and led Him to Caiaphas, where the scribes and elders were assembled (v. 57). The chief priests, the elders, and all the council sought false testimony against Jesus to put Him to death, but found none—even though many false witnesses came forward (vv. 59–60).

Then the high priest said, “Tell us if You are the Christ, the Son of God!” Jesus answered, “It is as you said…” (vv.63–64). His truthful statement was labeled blasphemy and they all condemned Jesus to death. Pilate could see that “they handed Him over because of envy” (Matthew 27:18), knew Jesus had done nothing evil, and washed his hands (literally), declaring he was “innocent of the blood of this just Person” (vv. 23–24).

The Bible records many examples of fake news—lies, falsehoods, deceit, and misrepresentations of the truth. Mankind experienced it from the beginning when Satan, in the form of a serpent, lied to Eve. Even though God had said that Adam and Eve would surely die if they ate of the Tree of the Knowledge of Good and Evil, the Devil told them they would not, and that they would instead become like God. Fake news!

A time is coming when there will be no more fake news. Only Jesus Christ can bring that about when He returns to establish His kingdom. The father of lies will be bound for a thousand years and ultimately will be cast into the lake of fire (Revelation 20:10).

We can change our daily diet of fake news to one of God’s truth, which is His word. To help you in studying God’s word, enroll in the Tomorrow’s World Bible Study Course and peruse the booklets and articles available at Tomorrow’s World.