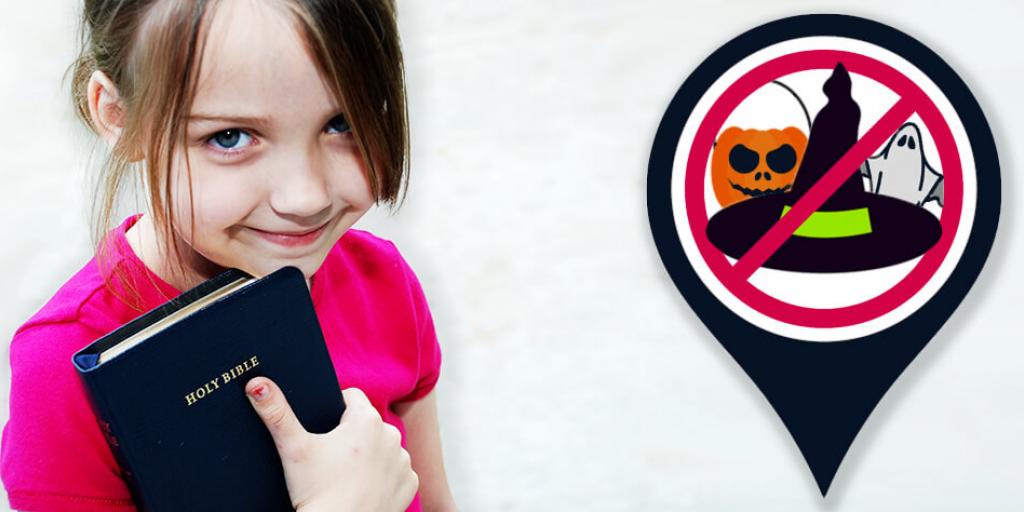 My family just moved into a new house. It has been an exciting and hectic few weeks. You probably know the feeling. The excitement of a new home and a new neighborhood was dampened, however, when we found out that there were ghosts—more than one actually, along with a resident witch, and even a werewolf. All joking aside, of course, there aren’t any real ghosts or monsters, but you’ve probably guessed it by now—Halloween decorations.

Perhaps a “ghost” or “goblin” inhabits your neighborhood too, courtesy of your festive neighbors. The calendar has barely moved to October, and yet the Halloween “season” has been on display in stores across town, as well as front lawns, for what feels like weeks.

It seems like the creepy things of the night are coming out earlier and earlier each year. This has presented a unique challenge this year for my wife and me. The reason is because our daughter is now old enough to notice certain things, and to know what’s normal and what isn’t. The first time she saw a skeleton, she was quite terrified. These things are hard to avoid totally without putting a blindfold over her eyes when we go out, though she has begun to get used to them—sort of. We walked into a store one morning and she yelled “Eww!” upon seeing a witch. Good job kid! (We didn’t teach her that).

But these reactions do bring up a good question: Should true Christians abstain from Halloween, or embrace it along with the rest of society? Isn’t it just harmless fun, and a good outlet for the kids’ imagination? A better question is, what does the Creator God have to say about the subject? He certainly has something to say about the spirit world that is celebrated and embraced by Halloween. He has something to say because He has existed from the beginning and can see the things that truly “lurk” in the night—things unseen by the human eye.

God, who does not change (Malachi 3:6), warned the nation of ancient Israelites not to seek out the spirit world, or to have any part with it (Leviticus 19:31, Isaiah 8:19). He knows it is not just harmless fun, and He prohibits dabbling with the occult. The reason is because there is a real fallen, evil, and dangerous spirit world, one that can influence human beings in terrible ways if we choose to interact with it. It is a world that Bible-believing Christians are clearly told not to toy around with. The Apostle Paul identifies these wicked spirits as our enemies (Ephesians 6:11–13). They are led by their ruler, the “ruler of this world,” Satan the Devil (John 14:30, Ephesians 2:2).

This very real world, normally unseen to the human eye, is not friendly to mankind. This is where the deception of Halloween is two-fold. It piques the interest of some just enough to even get them to experiment with the occult and let demons into their lives. This by itself is a victory for the enemy.

For a large majority, though, Halloween is “harmless fun,” because it is not real to them. Deceiving people this way is also one of Satan’s tactics. As the saying goes, “The greatest trick the devil ever pulled was convincing the world he didn’t exist.” This is one way that He has deceived the world (Revelation 12:9). Halloween is just one of many deceptions. If you are a Bible-believing Christian, don’t be fooled by it!

Halloween continues to creep up further on the calendar and parade itself in stores, public celebrations, and lawns across America and many other countries. So, how should true Christians view Halloween? And how can parents with young, impressionable children teach them about avoiding Halloween’s dangers?

One approach would be to point out that a festival like Halloween is a counterfeit “holiday,” one which follows closely on the heels of some of God’s true holy days found in the Bible. These holy days, celebrated in the month of October this year, are free of goblins and ghouls. They are called the Feast of Trumpets, the Day of Atonement, and the Feast of Tabernacles. For more information about these pure festivals and others, be sure to order The Holy Days: God’s Master Plan.