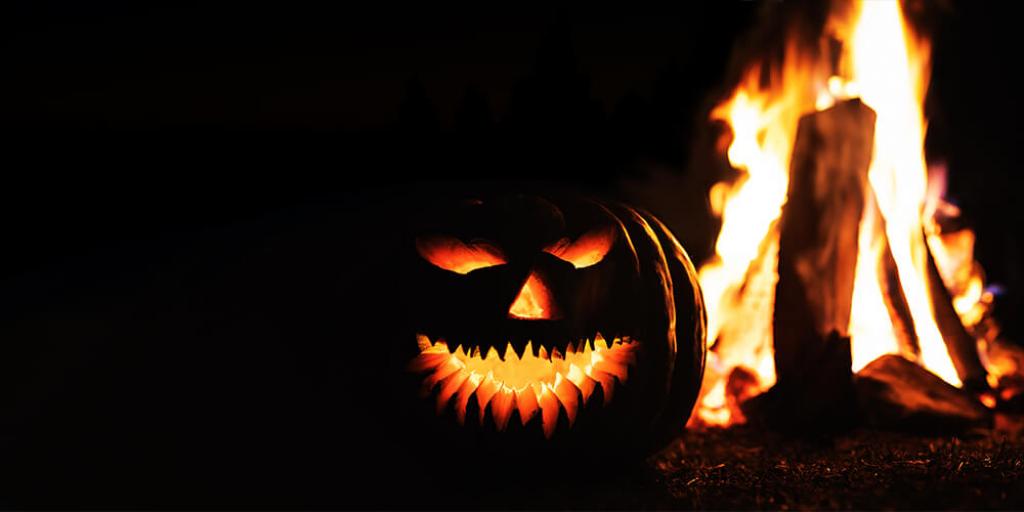 A friend of mine told me once that he did not feel comfortable celebrating Halloween, even though he enjoyed attending a “harvest festival” his church held each year on the evening of October 31.

The name Halloween is an Old English term for All Hallows, meaning “mass-day of all saints.”  Halloween, also known as All Hallows Eve, is celebrated on October 31. This precedes All Souls Day (November 2), a solemn day of prayers and fasting for the dead that was made standard by the Catholic Church during the 10th Century AD (though Catholic and Eastern Orthodox tradition prior to that had observed it before Easter). In many Latin American cultures, the Day of the Dead is celebrated, a festival on which families pray to and remember all who have died. In ancient Britain and Ireland, the festival Samhain—meaning “end of summer”—was observed on October 31–November 1 as one of the most important festivals of the Celtic calendar.

The Encyclopaedia Britannica states: “At Samhain, held on November 1, the world of the gods was believed to be made visible to mankind, and the gods played many tricks on their mortal worshipers; it was a time fraught with danger, charged with fear, and full of supernatural episodes. Sacrifices and propitiations of every kind were thought to be vital, for without them the Celts believed they could not prevail over the perils of the season or counteract the activities of the deities. Samhain was an important precursor to Halloween” (emphasis added).

Human sacrifice, often by fire, was a common practice of the Druids during Samhain. During this festival, the Celts would dress in various costumes and dance around large bonfires that were thought to ward off wandering spirits. Jumping through the fire could thus be seen as a way to enhance communication with the spirit realm, as well as to “strengthen and purify” those who jumped through it (J. A. Macculloch, The Religion of the Ancient Celts, p. 261).

How does an ancient Celtic costume party around a bonfire relate to Christians today? Does dressing up in Halloween costumes in our modern era have any connection to this ancient pagan festival?

In his book Experiencing the World’s Religions, author Michael Molloy gives a disturbing connection between trick-or-treating and the superstitions of Samhain: “It was believed that spirits of ancestors roamed free at this time and needed to be fed and placated. We see this underlying the practice of children going door to door, receiving food. We also see it in the many costumes that suggest death (skeletons) and communication with the spirit world (angels, devils, and religious figures)” (p. 66). Some might say, “I’m not celebrating Halloween to try and communicate with demons, I’m just having some harmless fun.” They might say, “God understands.” Is God really OK with His followers keeping customs with pagan roots? Absolutely not!

God inspired Moses to write: “There shall not be found among you anyone who makes his son or his daughter pass through the fire, or one who practices witchcraft, or a soothsayer, or one who interprets omens, or a sorcerer, or one who conjures spells, or a medium, or a spiritist, or one who calls up the dead” (Deuteronomy 18:10–11). God calls such practices an “abomination” (v. 12). He states that those practicing spiritualism and witchcraft will not be a part of His eternal Kingdom (Revelation 21:8).

Yes, we can see Halloween’s close ties to Samhain, a pagan harvest festival involving idolatry and human sacrifice. As such, it is something that God makes clear His people should never celebrate (Deuteronomy 18:10–12). Jesus Christ cast out demons who possessed and tormented human beings (Matthew 8:28–33). By contrast, Satan has deceived most of mankind into thinking Halloween is harmless or even Christian (Revelation 12:9) and in doing so has influenced people to call “evil good and good evil” (Isaiah 5:20).

Thankfully, however, Jesus Christ will soon return and restrain Satan, so he will “deceive the nations no more” (Revelation 20:3). As Christians, let us pray that God speeds the establishment of His Kingdom, where mankind will no longer follow in Satan's footsteps.

Where do so many of the “Christian” traditions we take for granted come from, and which ones were merely borrowed from wayward pagan customs? Learn more by ordering Is Christmas Christian?, Easter: The Untold Story, and The Holy Days: God’s Master Plan, or read them online right here at Tomorrow’s World. Also be sure to understand the true danger of false religious customs and borrowed practices. Watch “Modern Dangers of the Occult,” today!