He Makes the Lightning for the Rain | Tomorrow's World 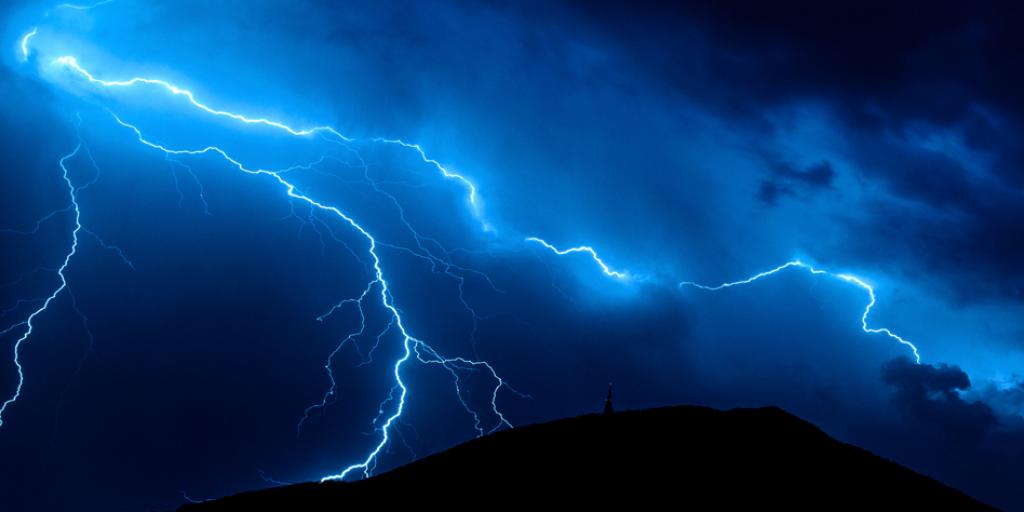 He Makes the Lightning for the Rain

When I was about four years old, my dad and I were standing under our garage, mesmerized by a powerful thunderstorm in the neighborhood. During the storm, lightning struck a tree in our yard, and danced across our chain-linked fence! This was so frightening to me that I immediately leaped into my dad’s arms for protection! You too may recall a memorable moment with lightning, a brilliant display of God’s power and glory—but did you know, lightning is a vital aspect to life?

Many of us are familiar with Benjamin Franklin’s famous kite experiment in 1752; “the first systematic, scientific study of lightning during the second half of the 18th century… Franklin was the first to design an experiment which conclusively proved the electrical nature of lightning” (NASA). This illuminating masterpiece originates ultimately from thunderstorms, which are formed within the water cycle—a continuous movement of water, as it transforms into liquid, vapor, and ice—throughout the atmosphere, on the surface, and underneath in the depths below.

Thunderstorms are formed specifically by the heating and rising action of water vapor from the surface of the earth into the atmosphere, and the movement and collision of liquid and frozen water molecules as they move through different atmospheric layers. Electrical charges build up in the clouds, and are eventually released as lightning—and the thunder we hear is the tremendous report from it striking!

When lightning strikes the atmosphere, the intense energy splits the nitrogen resting in the air into single molecules, which unite with oxygen molecules to form nitrates (a vital nutrient). These nitrates combine with the rain to form perfect fertilizer for the land. These nutrients will then become absorbed by plants and will enter the food chain. Nitrates are essential building blocks for the structure of living organisms on the earth and for proteins within our human DNA. See this amazing video on PBS NOVA to watch God’s wisdom in action.

Over three thousand years before science could realize this majestic harmony between lightning and rain, the Prophet Jeremiah and King David had the godly wisdom to understand the cooperation of the lightning with the rain within the water cycle. They both give glory to the Creator in paralleling poetic statements: “He causes the vapors to ascend from the ends of the earth; He makes the lightning for the rain” (Psalm 135:7; Jeremiah 10:13). God through His engineering within the water cycle has created an advanced self-sustaining mechanism—far beyond man’s capability—to nourish and sustain physical life! When we study the magnificence and harmonious union of His creation, we should rejoice and “praise Him according to His excellent greatness” (Psalm 150:2)—not attribute this great system of engineering to random chance, or vague notions of myth and legend!

Today humankind is deceived into counterfeiting the true agricultural blessings of God by using synthetic substitutes—which can and have negatively affected the earth and its inhabitants. There is however hope for a better future when Christ brings the Kingdom of God to the earth. “Behold the days are coming, says the Lord, when the plowman shall overtake the reaper and the trader of grapes him who sows seed; the mountains will drip with sweet wine, and all the hills shall flow with it” (Amos 9:13). During this time of rejuvenation, the land will produce faster than people can harvest because of the abundant blessings from God Almighty. He loves us and sustains our physical lives; this is why “He makes the lightning for the rain.”

Is God real to you? Have you proven beyond a shadow of doubt that He indeed is our life sustaining and loving Creator? If you would like to make God more real in your life, read our booklet The Real God: Proofs and Promises; it will truly change your life!