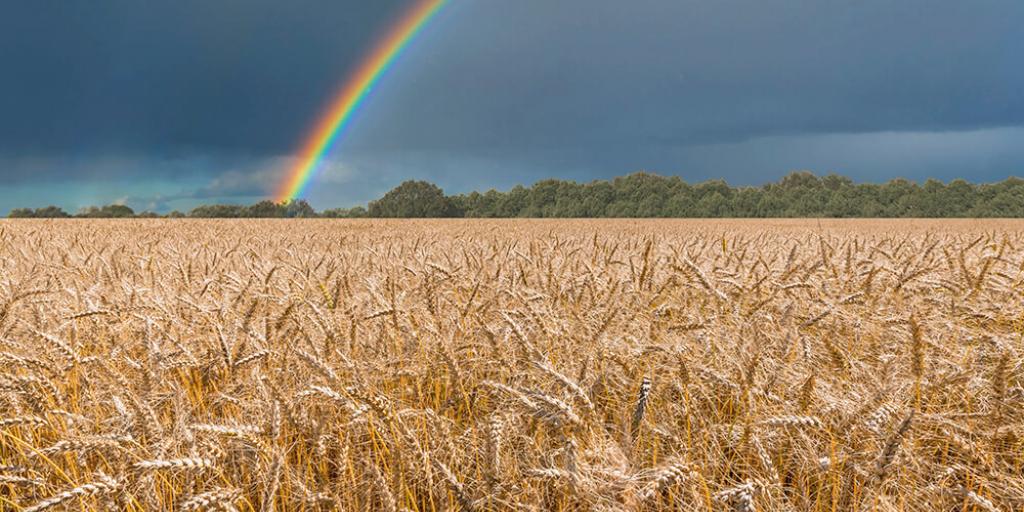 "I Have Bad News and Good News"

Some people think of Old Testament prophets as naysayers who had nothing good to say. They picture them as criers of gloomy, doomsday warnings and predictors of dire consequences for misbehavior. Named after the prophet Jeremiah, the term “jeremiad” is used in literature or speech as a way of describing a warning of decline, a penalty of affliction and chastisement for iniquity, or a crying out for a return to right conduct and of a renewal or reformation bringing happier times that will follow.

All too often, and with very few exceptions, the people failed to heed the warnings of the prophets and suffered the consequences.

Shortly after the Day of Pentecost, Peter and John were passing by the Beautiful Gate (an entry into the temple area). Peter dramatically healed a lame man who sat there and begged for alms. They proceeded into the Outer Court of the temple, which was surrounded by covered colonnade porches. Solomon’s Porch or Portico ran along the eastern wall in the Court of the Gentiles. It was a place of teaching.

Peter preached, saying, “Repent therefore and be converted, that your sins may be blotted out, so that times of refreshing may come from the presence of the Lord, and that He may send Jesus Christ, who was preached to you before, whom heaven must receive until the times of restoration of all things, which God has spoken by the mouth of all His holy prophets since the world began” (Acts 3:19–21).

Jesus Christ was also a prophet. In fact, He was “the prophet”—as well as the High Priest and coming King of kings.

Peter went on to explain that Jesus Christ was “The Prophet” of whom Moses prophesied. “For Moses truly said to the fathers, ‘The Lord your God will raise up for you a Prophet like me from your brethren. Him you shall hear in all things, whatever He says to you. And it shall be that every soul who will not hear that Prophet shall be utterly destroyed from among the people.’ Yes, and all the prophets, from Samuel and those who follow, as many as have spoken, have also foretold these days… To you first, God, having raised up His Servant Jesus, sent Him to bless you, in turning away every one of you from your iniquities” (Acts 3:22–26).

Jesus prophesied the destruction of the temple. He also prophesied the events of the end time, particularly in the “Sermon on the Mount” found in Matthew 24 and Luke 21.

Jesus gave the bad news, predicting religious deception, wars and rumors of wars, famines, pestilences, and earthquakes in various places. There will be persecution and lawlessness. The gospel—or “good news”—will be preached to the world. Then comes tribulation as never before, including martyrdom and captivity. Jerusalem will be surrounded by armies. There will be awesome heavenly signs.

Then, finally, the good news! Jesus Christ will return to establish His government over the whole earth. Satan and his demons will be bound, and “Tomorrow’s World”—God’s Kingdom on Earth—will be here.

What should we do until the message of the good news happens? Jesus told us to “take heed” and “to watch and pray” that we may be counted worthy to escape all these things (Luke 21:34–36).

Both bad news and good news are just ahead. To learn more, write today or order online your free copies of Fourteen Signs Announcing Christ’s Return, Armageddon and Beyond, and The World Ahead: What Will It Be Like?