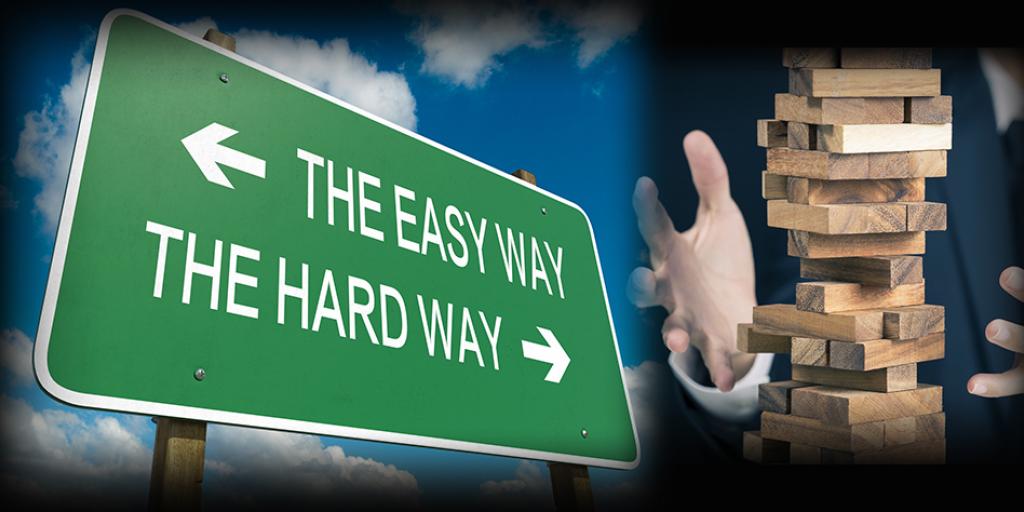 It was an especially hot summer day growing up in rural Tennessee! Relief from the heat was nowhere to be found—unless we disobeyed my mother’s direct command, “Do not go swimming in that nasty cow pond!” Boys will be boys, the saying goes, as five brothers formulated a resourceful and cunning plan to go swimming without getting caught.

You guessed it: strip down to our bright white Fruit of the Loom skivvies. We had a wonderful time swimming that afternoon in the same muddy watering hole used interchangeably by the livestock for bathing and as a repository for, well—there are only two things it could be, and it was both of them!

We were sure we had outsmarted our dear ole mom, when several days later a fuming shrill voice called out to us to come immediately to the laundry room. There she was, standing ready to launch the pent-up anger of our betrayal and deception on five bug-eyed boys—as deer caught in a blinding spotlight—and holding the evidence of our reddish mud-stained underwear! We struggled for some excuse; any reason for our defiance, but there was none. Our Fruit of the Looms were not the only red item in the house that day. We were severely punished for our misguided venture, and we learned our lesson, the hard way!

Our nature has destined us to learn the hard way. Solomon, one of the wisest men to ever live, stated: “That which has been is what will be, that which is done is what will be done, and there is nothing new under the sun” (Ecclesiastes 1:9). The lessons of the past are almost never remembered. Nations and governments have fallen because of our human inclination to forget historical blunders—or else, in arrogance, we simply believe we are somehow more modern, smarter, more evolutionally advanced, such that we can brilliantly escape likely catastrophic outcomes of our blunders. So we continue to learn the hard way.

The United States, Canada, Britain and many English-speaking nations have enjoyed enormous prosperity and blessings. America’s vast resources and resourcefulness have been a blessing to the entire world—until recently! Now we find ourselves immersed in a massive financial quagmire, ignoring what the rest of the world already suspects—we are broke!

The U.S. government is currently indebted for nearly three trillion dollars to foreign governments and investors—and things are not imporivng. It has been said that things will "get worse before they get better." But how will they get better? By ignoring the lessons of the past? Do we really have to learn the hard way?

The burgeoning financial crisis is just the beginning. A long, appalling list of curses is set to follow and overtake our nation because we have not restrained ourselves from swimming in that nasty national cow pond. “Therefore you shall serve your enemies, whom the Lord will send against you, in hunger, in thirst, in nakedness, and in need of everything; and He will put a yoke of iron on your neck until He has destroyed you” (Deuteronomy 28:48).

I remember a comedy routine by Bill Cosby, in which he jokingly recalled from his own childhood: “Let the spankings begin!” And so they have begun, as America stands before its Parent and Creator—defiantly swimming in national sin, surprised at being caught with its pants down, to receive its lesson—the hard way!

Following the hard lessons, there is good news ahead! The Word of God reveals that truly, our best years are yet in front of us; a time when individuals, families and nations will exist in peace, safety and abundance. To learn more about our awesome future, please call or write, or click on the web link for our free booklet: The United States and Great Britain in Prophecy!