Lee Strobel's Mistake in "The Case for Christ" | Tomorrow's World 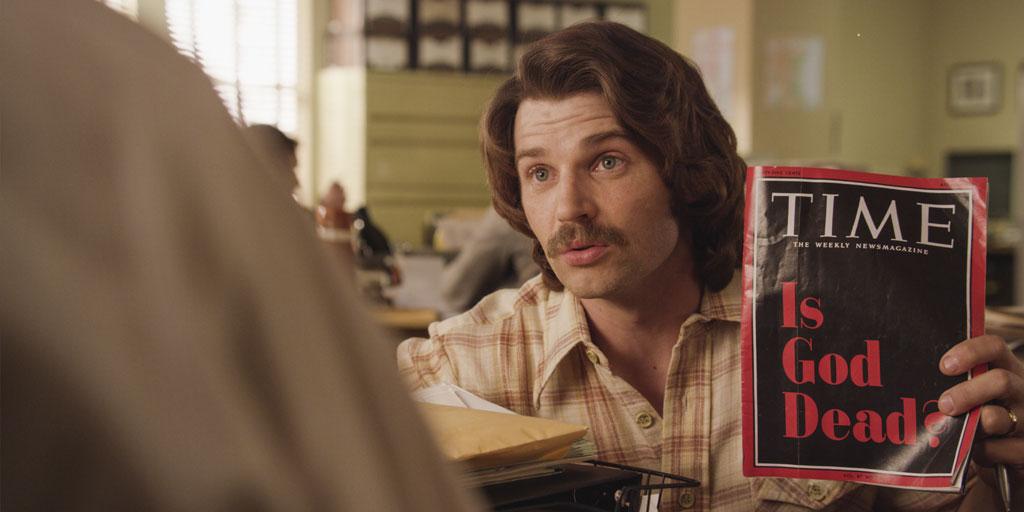 Lee Strobel's Mistake in "The Case for Christ"

I just saw the movie “The Case for Christ,” based on Lee Strobel’s book by the same name, depicting his investigation into the facts of the resurrection of Jesus Christ. And what strikes me most is not Strobel’s search, but where it ended.

I had seen an almost-complete version of the movie at the recent National Religious Broadcasters convention. It was introduced by Lee Strobel, himself, along with his wife, Leslie. Not many of us get to publicly announce a movie about our lives, but they both came across as humble and grateful. Lee explained that some details had been altered to make the movie (e.g., multiple real people in their lives were sometimes combined into one character, and multiple conversations were sometimes condensed into one interview). But, by his estimate, 85% of the movie was an excellent reflection of their own, real-life experience, including some of the movie’s most crucial moments.

The central plot of “The Case for Christ” is easy to summarize. Early in their marriage, Leslie Strobel unexpectedly becomes a “born-again Christian,” creating a crisis for the couple, as Lee is an avowed atheist and is horror-stricken at his wife’s decision. As an investigative journalist, he begins pouring his professional skills and resources into an effort to disprove the biblical account of Jesus Christ’s resurrection from the dead and to expose it as no more than a fantasy and a fairy tale.

His search, however, brings him to a very different conclusion. I’d worry about that being a spoiler for the movie, but, after all, the film isn’t called “The Case Against Christ.” The end result is a saved marriage and a series of very popular books.

As far as movies go, I enjoyed it. It is, in a real way, a love story about Lee and Leslie, and about the trip they take through places they never thought their marriage would go. And the quality of the filmmaking and acting seemed far better than I am used to in what is often labeled the “Christian” movie industry. Actors Mike Vogel and Erika Christensen portray the Strobels in a way that seemed very real and believable. A pleasant surprise, as well, was the film’s treatment of atheists and “disbelievers,” who came across as real and caring people (a.k.a., fellow human beings) instead of cartoonish caricatures—perhaps a reflection of the time Strobel himself spent in their camp.

I also enjoyed seeing a movie that discusses faith from a “truth claim” point of view, where the issue at stake is more than how your beliefs make you feel. The Bible makes claims about Jesus Christ that are either true or false, and if they are false then the entire enterprise of Christianity is nothing but foolishness and nonsense—worse than a waste of time, a waste of life. (See Paul’s comments in 1 Corinthians 15:12–19 if you don’t believe me.) Lee Strobel’s journey is about following the facts and having the courage to stick with the evidence, wherever it might lead you. Too few are willing to do that.

I could certainly quibble with various details. For instance, there is good reason to believe that the Roman spear that was jammed into Jesus’ side while he was crucified was more than a “certification” of his death but the ultimate cause of it. But those things aside, I believe that our film’s hero makes a larger mistake. He doesn’t go far enough.

If you’ve demonstrated that this man Jesus Christ was real and was shown to be the Son of God through His resurrection from the dead, and if you’ve been willing to apply a hard dedication to the facts to truly prove that to yourself, then go further. What did this Jesus Christ really teach? What did the very first Christians really believe? What message did He really bring from the God who resurrected Him?

I would invite Mr. Strobel—and those inspired by his hunt—to keep hunting. Those who claim that Jesus’ life, death and resurrection are nothing more than a myth are wrong, and the facts expose their error to those who are sincerely looking. But most of those who claim to speak in Jesus’ name today are just as wrong. They do not teach what He taught, and they do not bring the message He brought. The facts are there for any investigative journalist who bravely desires to follow where the evidence will lead them.