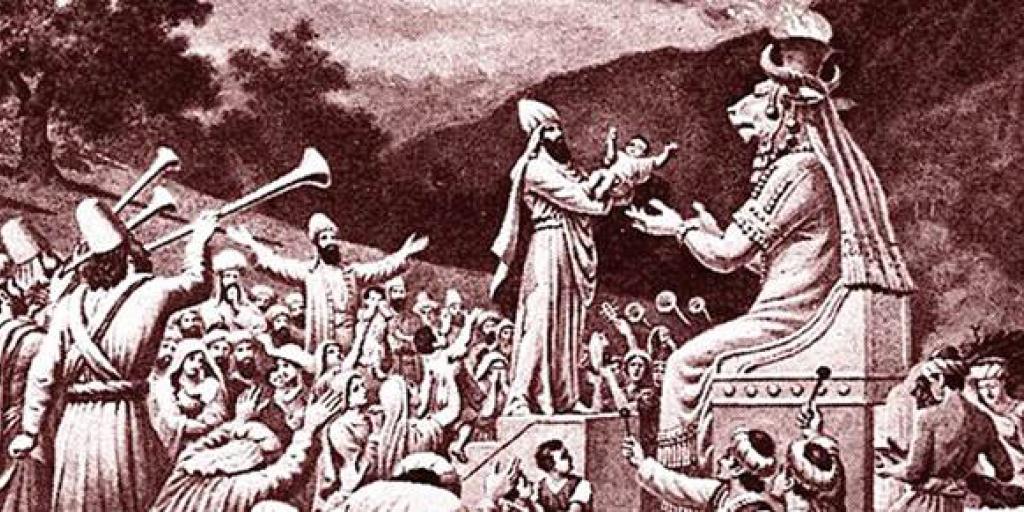 Molech Would Be Pleased

The Bible contains many warnings against an abhorrent practice of the Canaanites, who had previously possessed the land God gave to Israel. One such admonition: “You shall not let any of your descendants pass through the fire to Molech” (Leviticus 18:21). “Passing through the fire” was an abominable practice in which people sought to appease the heathen god Molech and seek his benefit by sacrificing their own children by fire.

Who would have thought that this ancient heathen deity would so plainly rear his head in modern-day Britain?

A Channel 4 Dispatches episode in the United Kingdom—“Exposing Hospital Heartache,” first aired Monday, March 24, 2014, revealing that many British hospitals are not only incinerating the remains of aborted and miscarried babies as “clinical waste” but are also burning some of those bodies as a means of heating their buildings in “waste-to-energy” programs.

The television program was preceded that day by a number of reports in the news providing the grisly and tragic details. In one such article, titled “Aborted babies incinerated to heat UK hospitals,” the Telegraph’s Sarah Knapton reported: “Ten NHS trusts have admitted burning fetal remains alongside other rubbish while two others used the bodies in ‘waste-to-energy’ plants which generate power for heat… At least 15,500 fetal remains were incinerated by 27 NHS trusts over the last two years alone, Channel 4’s Dispatches discovered.”

More than 15,000. As Knapton reported, some families who experienced the trauma of losing a child early in pregnancy were not even consulted on what they wanted to do with their child’s body. Grieved and bereft parents were in some cases told that their child’s body would be “cremated” when, in actuality, the bodies were added to “waste-to-energy” plants where they could be burned to aid in heating the hospital.

The concept of using the human remains of children as a fuel source, let alone equating it with “clinical waste,” has created a row to which the UK Department of Health has felt compelled to respond. As the article reports, Dr. Dan Poulter, health minister for the department, made a public statement, saying, “This practice is totally unacceptable.”

The tepid response by officials is telling. On one hand, they must publicly recognize the outrage many are feeling. It cannot be ignored. Using the bodies of children as mere fuel to heat hospitals violates basic sensibilities. It prompts many to ask, “How could such a thing be allowed?”

And yet, the widespread practice exposes a horrific public pretense. The policies that allow abortion on demand—and the arguments at the heart of such policies—consider the pre-born child to be no more than “tissue.” Yet, no one complains about burning fingernail clippings. There is no outrage when a hospital discards and incinerates a removed appendix. There are no public apologies or excuses or promises of reform forthcoming from the UK’s General Dental Council about the manner in which excised molars are thrown away.

Indeed, despite the effort our “modern” societies and our societies’ governments pour into their philosophies and arguments, defending the practice of treating abortion as nothing more than the removal of “tissue” from a pregnant woman, public outcries like this one demonstrate that deep down, our society still knows better—it still knows what it will no longer publicly admit.

Those babies are not “tissue.” They are children.

This is not the “eco-conscious” use of superfluous tissue to save energy. It is the burning of babies to heat hospitals.

Molech would be pleased.

To learn more, read our Tomorrow’s World magazine articles, “Abortion: A Modern Holocaust?” and “The Deception of Abortion.” Also, be sure to understand the true value of human life in God's eyes; watch the webcast, "What is Man That You are Mindful of Him?"