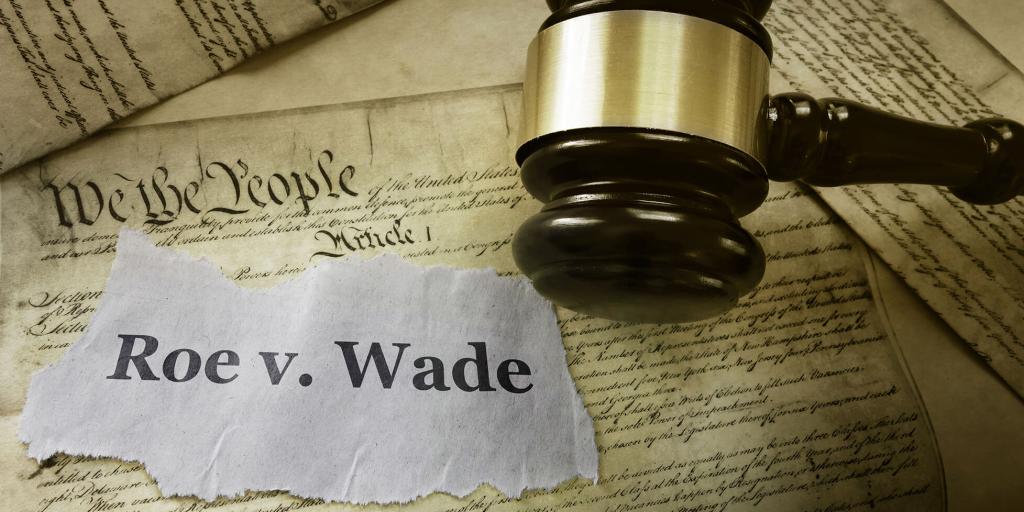 A Settled Decision, an Unsettled Nation

“Abortion presents a profound moral question.” So said the Supreme Court’s ruling in Dobbs v. Jackson Women’s Health Organization, which on Friday, June 24 explicitly overruled earlier Court decisions in Roe v. Wade and Planned Parenthood v. Casey. And yet, the Court chose not to answer that question. Rather, the Court’s decision “returns that authority to the people and their elected representatives.”

What will “the people and their elected representatives” do to answer this question that the Court has returned to their hands? The Court’s division may not exactly mirror the divided opinions on abortion throughout the United States. Three of the nine Justices issued a dissenting opinion, and Chief Justice Roberts concurred with the judgment while issuing his own opinion at variance with the majority. But, while the Court rules by majority for the whole nation, their decision has put abortion laws back in the hands of each of the 50 U.S. states, individually. And there is no question about it: the U.S. is deeply divided on the issue of abortion.

We may want to remember that when SCOTUS issued its landmark Roe v. Wade ruling in January 1973, abortion was illegal in 30 of the 50 U.S. states. It was legal upon request in just four—Alaska, Hawaii, New York, and Washington. In other states, abortion was allowed if a pregnancy jeopardized a woman’s life—with a definition of “jeopardy” often so broad and subjective that an affluent abortion-seeker could usually find a willing doctor.

Roe v. Wade made abortion legal in all 50 states. But, as we can see in various maps showing state-by-state abortion laws, even without Roe v. Wade abortions will be substantially easier to obtain after June 2022 than they were before January 1973. Yet, in at least 13 states, “trigger laws” in the absence of Roe v. Wade will impose additional restrictions on abortion. Some states will impose new “gestational” restrictions making abortions available only in the earliest stages of pregnancy; others will outlaw abortion entirely. Many will maintain some version of “rape, incest, or life of the mother” exceptions commonly in place before Roe v. Wade.

Even many who advocate for more widespread availability of abortion concede that the likely new restrictions will not pose a great obstacle to wealthier women who can find a doctor willing to assert the danger of a pregnancy, or who can simply go to a neighboring state for the procedure. But millions of low-income women for whom abortion could serve as last-resort birth control will likely face new pressure to carry their child to birth.

We should remember that the U.S. Congress still has the constitutional power to pass its own abortion laws that would apply to all 50 states and remove the issue from the courts’ purview. So, we may wonder: In the 50 years since Roe, why have abortion supporters been unable to muster the political support to legislate legal abortion? Is it that, despite Roe v. Wade, legislators have known that the abortion issue is still a super-sensitive matter than can win or lose an election? Is it that some place more value on abortion as an unsettled “hot-button” issue for fundraising than as a settled matter in the lives of their constituents?

One way or another, we can expect to see an intensified series of legislative disputes across the nation, where opinions on abortion vary as widely as they do on the Court. And already the sides are forming. Some were horrified to read Justice Clarence Thomas’ concurring opinion, which called for reconsideration of previous “due process precedents”—implicitly challenging SCOTUS rulings granting nationwide access to contraception and same-sex marriage. President Biden has already said the decision puts at risk the “health and life of women.” Meanwhile, many are relieved that Roe v. Wade, which many have for decades believed was not just morally wrong but based on obsolete medical ideas, has been set aside. So the debate will continue and intensify. And we should not assume that this will be a reasoned intellectual debate. Some will say that politics is often far less about consistency than about finding an ideology that suits one’s personal desires. Consider the popular refrain, “My body, my choice!” How many who are holding tight to that phrase as an abortion-rights slogan were just months ago insisting that vaccine mandates be imposed on every American body?

At Tomorrow’s World, we view abortion as a Scriptural question, not a political one. We cannot avoid the plain truth that an abortion kills a human being—genetically distinct from its mother—to whom God gave life. God knew Jeremiah in his mother’s womb (Jeremiah 1:5). God hates hands that shed innocent blood (Proverbs 6:17).

Thankfully, Christians can decide to uphold the biblical standard no matter what others choose to do. The earliest Christians paid taxes as dutiful subjects or citizens of a Roman Empire where infanticide was permissible and newborns were sometimes left in the cold to die of exposure, even as they refused to take part in such conduct themselves. Faithful followers of Jesus Christ today do not engage in politics (John 18:36); rather, they show by their example how to live in a way that is truly pro-life, not just ensuring a child’s birth, but rearing children to love and serve their Lord and Savior, the giver of eternal life. And they commit their lives to the proclamation of such truths—including the beautiful truth that Christ is returning soon to bring that way of life to the entire world.