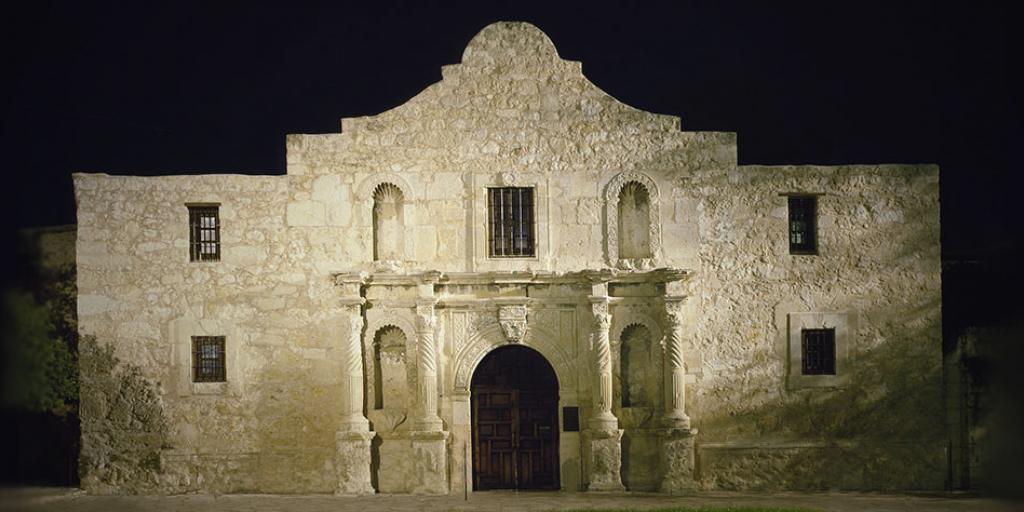 As the westward migration of settlers streamed into the Mexican Territory of Texas in the 1830’s, conflict with the Mexican government seemed inevitable. At first, they were welcomed, but in time it became obvious that the settlers were going to form their own Republic—or seek to become a part of the United States.

It was in that heady atmosphere of seeking opportunity and adventure in a new land that my famous ancestor left his family in North Carolina and headed to Texas. Colonel David Crockett had just been defeated in his bid to be re-elected to his third term in the U. S. House of Representatives. Crockett, fiercely independent, had seriously contested President Andrew Jackson over Jackson’s desire to break a treaty with the Native Americans. The President proposed to move the Native populations to reservations further west. Crockett strongly disagreed and resisted Jackson at every turn. Jackson’s bill finally passed, leading to what became known as the “Trail of Tears.” Irked by Crockett’s opposition, Jackson picked a candidate who defeated Crockett at the next election.

At age 49, Crockett, discouraged and broke, decided to seek a new start in Texas. On the way, he pawned his gold watch to a merchant at Old Washington, a trading post in the Arkansas territory near the Texas border, to buy supplies for his trek. (After Crockett’s demise the merchant returned the watch to Crockett’s widow.)

Crockett was delighted with his prospects in the beautiful hill country of Texas. He wrote his wife, Mary Elizabeth Patton Crockett, that he looked forward to having his family there soon. His letter also said that they expected trouble with the Mexicans in San Antonio and that he was going to help. He commented that when Texas became a state, he felt certain he could be elected to the legislature.

The rest of the story is a colorful and tragic part of Texas and American History. The powerful and arrogant Antonio López de Santa Anna, President of Mexico, personally marched his army into Texas to crush the rebellion. Santa Anna failed to anticipate the tenacity and dedication of the 183 defenders of the makeshift fort in the remains of an old Spanish Mission, known as the Alamo. After a 13-day siege, a fierce but brief battle ensued. The outcome was never in doubt, and the fort fell on March 6, 1836. The army of over 4000 Mexican troops with artillery was an overwhelming force. The defenders took a deadly toll, killing 600 or more of the Mexican troops and wounding many more. Reportedly, Santa Anna was enraged and after the battle had the bodies of the defenders piled up and burned. Other stories have emerged, but this seems to be what actually happened.

All of the leaders and volunteers that lost their lives in this famous battle have been lionized because of their great courage and the high price of their dedication. The battle cry “Remember the Alamo” rallied the Texans, and Santa Anna was defeated by Sam Houston and his army a few days later.

While this little slice of Texas history has been the inspiration of many movies, a television series, and books, there is a vivid lesson for those who study the Bible to make sense of the human experience. Anciently, the prophet Isaiah was inspired to write, “The way of peace they have not known” (Isaiah 59:8). Jesus said, when the mob came to arrest him, and Peter tried to defend him, “…all who take the sword will perish by the sword” (Matthew 26:52).

While the heroic Texas settlers felt compelled to try to protect their lives and property, the outcome of the battle was tragic.

We can look forward to a time when such valiant yet tragic episodes will not occur. At the return of Jesus Christ, wars will cease, those who have died will be given another chance, “and God will wipe away every tear from their eyes; there shall be no more death, nor sorrow, nor crying. There shall be no more pain, for the former things have passed away” (Revelation 21:3–4). God speed that Day!

To learn more, please watch “What Happens When You Die? ” today.