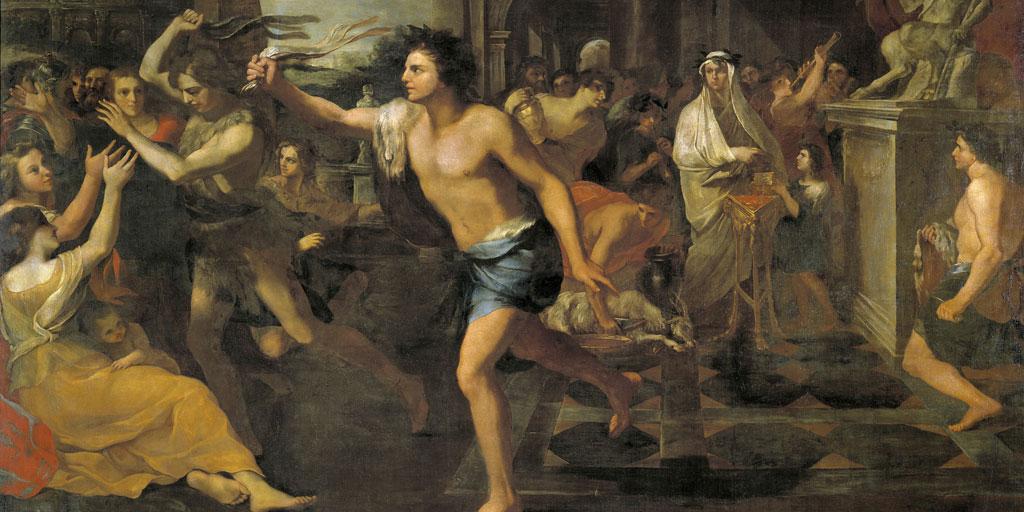 "What the world needs now, is love, sweet love"—so go the lyrics to a popular song some decades ago. Truly, what the world needs now is LOVE—TRUE LOVE! So, why not use the ancient pagan holiday of Lupercus—renamed "St. Valentine's" day in early "Christian Rome"—to evoke "love" in our modern love-starved world?

Centuries before the birth of Christ, pagan Rome celebrated February 15 (beginning the evening before, February 14th) as a sensuous festival in honor of the idolatrous worship of Lupercus — the deified "hero-hunter of wolves."

The ancient Roman practice especially encouraged young persons who were "going steady" to indulge in licentious acts of fornication. Church leaders in the late fifth century sought to infuse into the festival of "Lupercalia" a Christian value by renaming it "Saint Valentine's day."On the pagan Lupercalia, "handed down from the Roman festival of the Lupercalia, celebrated in the month of February... names of young women were put into a box and drawn out by men as chance directed," (Encyclopedia Americana, article, "St Valentine's Day.")

But why is the day now called "St. Valentine's day?"

"Valentine" was an ancient name for "Lupercus," the mighty hunter.

The Greeks called him "Pan"

The Phoenicians and Semites called him "Bal" or "Baal"

The original biblical name for "Saint Valentine" was "Nimrod the mighty hunter before the Lord" — and he was NO SAINT!

The birth-date of Nimrod was January 6. His mother (according to custom) presented herself for purification forty days later-on February 15. And, according to secular history, Nimrod was a vicious murderer and abuser of women.

Does it matter that we celebrate a pagan holiday as a means of expressing love toward others? Would you choose to honor a murderer, abuser of women who was recently executed as a "symbol" representing Love?

So, the answer is, yes it matters to the True Creator God! It should matter to one who honors the creator of True Love. The answer is YES—it does matter if we comprehend Love as an expression of concern for others-as opposed to carnal lust.

True Christianity is not found in pagan holidays that originated in sensuous, licentious, profligacy. Christians who worship Jesus Christ "in Truth and righteousness" will not presume to honor Him in the name of an ancient pagan deity!