Question: It is claimed on Wikipedia that there are no links between the Catholic Saint Valentine and Roman fertility festivals such as the Lupercalia. So is Valentine’s Day a tradition Christians should feel free to participate in?

Answer: When researching questions like this one, it is important to examine our sources carefully. Although it may be claimed on Wikipedia that Valentine’s Day has no pre-Christian antecedents, a look at more reliable sources reveals otherwise.

Many well-respected references, such as Encyclopædia Britannica, clearly acknowledge the connection between Valentine’s Day and pre-Christian practice. Notice: “The holiday has origins in the Roman festival of Lupercalia, held in mid-February…. At the end of the 5th century, Pope Gelasius I replaced Lupercalia with St. Valentine’s Day” (“Valentine’s Day,” Britannica.com, July 31, 2020).

During this pagan festival, the Romans celebrated the legend of the founding of Rome, in honor of the wolf that was said to have suckled the twins Romulus and Remus. Roman priests of this pagan rite, called “Luperci,” began the festival “with the sacrifice of one or more male goats—a representation of sexuality—and a dog.” Following this ritual sacrifice, “the Luperci cut strips, also called thongs or februa, of goat hide from the newly-sacrificed goats. They then ran naked or nearly-naked… whipping any woman within striking distance with the thongs. Many women welcomed the lashes and even bared their skin to receive the fertility rite…. During Lupercalia, the men randomly chose a woman’s name from a jar to be coupled with them for the duration of the festival” (“Lupercalia,” History.com, February 5, 2020).

What of the claim that Valentine’s Day was invented solely in honor of the Roman church’s Saint Valentinus, said to have been martyred in the third century AD? As has been pointed out, “St. Valentine’s Day as a lovers’ festival and the modern tradition of sending valentine cards have no relation to the saints but, rather, seem to be connected… with the Roman fertility festival of the Lupercalia (February 15)” (Encyclopædia Britannica, 15th ed., 1976, vol. 10, p. 336).

Does it matter that Valentine’s Day is a modern continuation of a pagan practice? The Bible is very clear on this point. Anciently, God warned against imitating the practices of other religions (Deuteronomy 12:29–31). The Apostle John reinforced this warning when he urged Christians, “keep yourselves from idols” (1 John 5:21). Gentile Christians were urged to abstain from “things offered to idols” (Acts 15:29). This specifically referred to meats offered to pagan deities, but the context was that Christians should distance themselves from all practices of idolatry.

Jesus Christ Himself observed the national and civic holidays of ancient Israel, even under Roman occupation. He came to the temple in Jerusalem during the celebration of the Feast of Dedication, an observance that eventually became the day known as Hanukkah (John 10:22–23)—a holiday that God had not required to be observed. Clearly, we are not restricted to observing only the Holy Days found in the Bible, but where our observances put us into conflict with biblical morality or involve the modern versions of pagan customs, we should not participate. Thus, we as Christians should not observe Valentine’s Day.

To learn more, request your free copy of The Holy Days: God’s Master Plan. This will help you appreciate the Festivals God established for His people and explain how those observances are different from the festivals carried over from superstitious religions. Order your free copy by going online to TomorrowsWorld.org or writing to the Regional Office nearest you (listed on page 4 of this magazine). 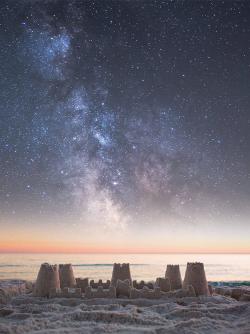