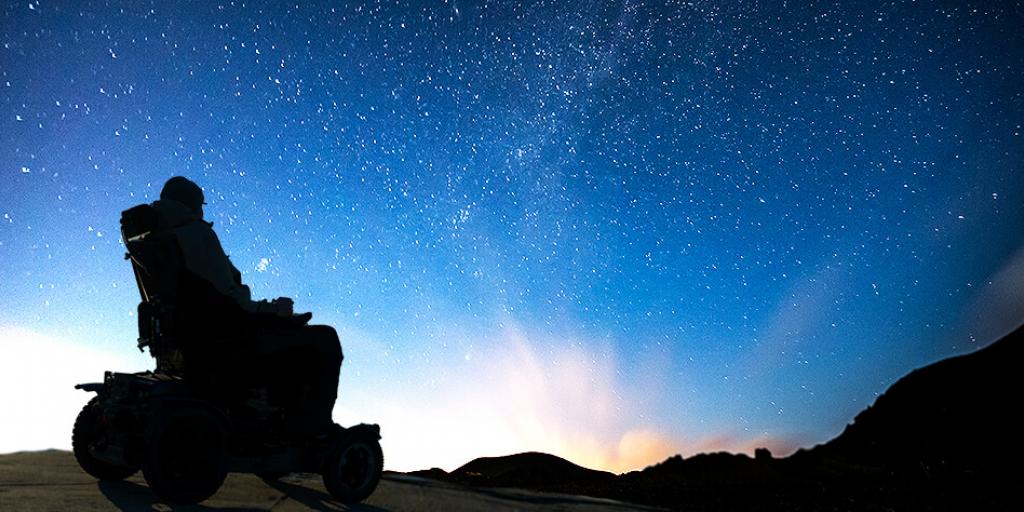 The famous astrophysicist Stephen Hawking died on March 14, 2018 at age 76. His contributions to science and cosmology have pioneered significant developments in understanding our universe. And yet he had a yearning to learn even more about the universe and to “search for a complete unified theory” (A Brief History of Time, 1988, p. 13).

In his book, A Brief History of Time, Hawking uses the word “God” more than twenty times. In fact, Carl Sagan wrote in his introduction to Hawking’s book, “This is also a book about God… or perhaps about the absence of God. The word God fills these pages. Hawking embarks on a quest to answer Einstein’s famous question about whether God had any choice in creating the universe” (p. x).

Hawking’s references to God are more rhetorical and philosophical rather than an acknowledgement of God’s reality. He states: “Humanity’s deepest desire for knowledge is justification enough to our continuing quest. And our goal is nothing less than a complete description of the universe we live in” (p. 13).

In 2016, NASA, the National Aeronautics and Space Administration, added to that description: “The landmark Hubble Deep Field, taken in the mid-1990s, gave the first real insight into the universe's galaxy population. Subsequent sensitive observations such as Hubble's Ultra Deep Field revealed a myriad of faint galaxies. This led to an estimate that the observable universe contained about 200 billion galaxies. The new research shows that this estimate is at least 10 times too low.” In other words, the universe contains more than two trillion galaxies. We stand in awe of the vastness of the universe and the fact that some galaxies are moving out into space at more than 100 million miles an hour (God and the Astronomers, Robert Jastrow, p. 12).

But why does the universe exist? Hawking desired to know the answer: “Up to now, most scientists have been too occupied with the development of new theories that describe what the universe is to ask the question why” (Hawking, p. 174).

Where shall we go for the answer? Hawking refers to God many times, but do cosmologists and astronomers seriously consider God’s revelation, which answered that question millennia ago? Ancient King David asked the fundamental question many of us have asked: “When I consider Your heavens, the work of Your fingers, the moon and the stars, which You have ordained, what is man that You are mindful of him, and the son of man that You visit him?” (Psalm 8:3–4).

Scripture explains that this lifetime is preparation for the ultimate inheritance, not only of the earth (Matthew 5:5) but of “all things” (Psalm 8:6). The book of Hebrews quotes that Psalm and clarifies the potential future of the human destiny intended by God: “You have put all things in subjection under his feet” (Hebrews 2:8). Evangelist Roderick C. Meredith explained this ultimate destiny: “The Greek word here used for ‘all things’ may correctly be understood as ‘the entire universe’! In fact, in the Weymouth Version, Hebrews 2:8 is translated, ‘For this subjecting of the UNIVERSE to man.’ Immediately after that, Paul wrote: ‘For in that He put all in subjection under him, He left nothing that is not put under him. But now we do not yet see all things put under him’ (Hebrews 2:8). Notice that nothing is excluded from being under man’s dominion. But it is not yet accomplished” (Your Ultimate Destiny, p. 17).

As unbelievable as it may sound, your Bible reveals that humans have the potential to explore the outer reaches of the universe, How? By following the example of the Messiah, Jesus Christ, who was resurrected from the dead to live in the spirit dimension, as revealed in Romans 1:4. Those who believe and obey Him and His way of life are promised eternal life, as it states in John 3:16.

Hawking wrote regarding his quest to understand the universe: “If we do discover a complete theory, it should in time be understandable in broad principle by everyone, not just a few scientists. Then we shall all be able to take part in the discussion of why the universe exists. If we find the answer to that, it would be the ultimate triumph of human reason. For then we would know the mind of God” (The Theory of Everything, p. 126).

The triumph is not from human reason, but from God’s revelation. Scripture reveals the mind of God! As astounding as it may sound, God created the universe as our future inheritance! And as we prepare for that future, the universe exists as the ultimate environment for humans to learn about the Creator of the universe (Romans 1:20), and to prepare for their awesome destiny.

To learn more, connect to our Tomorrow’s World telecasts “Why the Universe?” and “Our Mysterious Universe.” Also, read Your Ultimate Destiny.