What to do in a ruined economy. 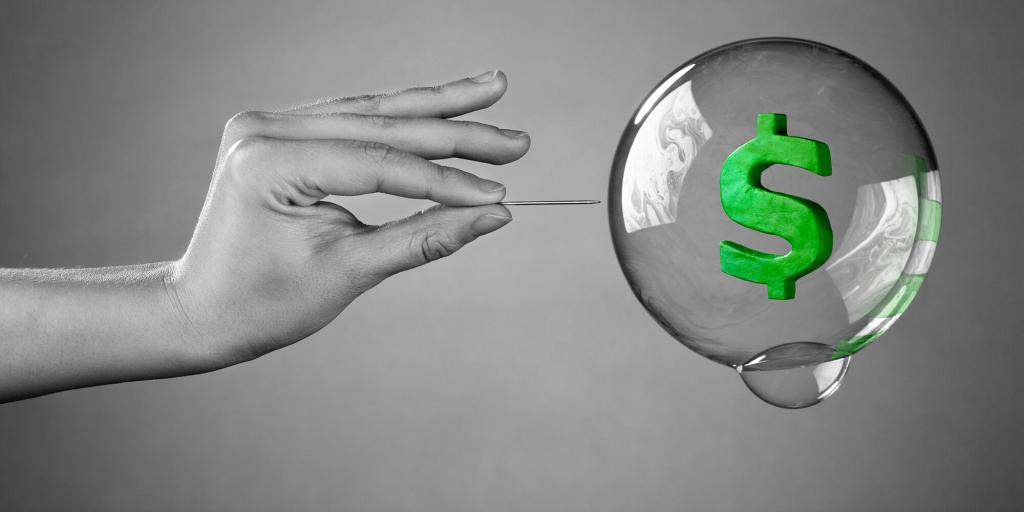 The Bursting of the Bubble

As we experienced the most robust economy in memory, with full employment, rising wages, record retail sales, and booming international trade, it was the pride of government leaders and political parties.

Then the illusion of stability in the economy and financial system rapidly evaporated. The vulnerable nature of the system was quickly exposed as a mysterious virus brought the world to its knees. Confidence in the vaunted economic miracle was shattered when an obscure illness began in Wuhan, China, in November 2019 and quickly developed into a global pandemic. Great panic ensued as nations “shut down” to prevent a devastating loss of life.

This bursting of the economic bubble should not have been a surprise, considering the modern financial system. It is based on an idea in which all the players must believe. Millions of employees in every sector depend upon being paid on a regular schedule. Each payday, they receive a physical paycheck or a direct deposit into their bank account. The payee gets a piece of paper with some numbers on it that represent wages or other compensation. Upon deposit, one receives a deposit receipt with some numbers on it. The person then pays monthly bills or makes purchases using physical checks, credit, or debit cards, all of which involves exchanging numbers representing the value or price of the transaction.

In this process, nothing of value has changed hands (that is, except for the labor itself!). It is all based on an idea, a system of financial transactions. The system works only if everyone in the chain of events believes in the system and accepts the concept that the numbers on the check, receipt, bill of sale, etc. are a valid store of value. The system is a fragile financial arrangement subject to the vagaries of panic or instability.

How did we arrive at this situation? Decades ago in American history, currency was backed at least in part by actual gold and silver. In 1934, Congress passed the Gold Reserve Act, which removed gold as the basis for the dollar. The law also made it illegal for U.S. citizens to own gold until the ban was removed in 1975. Some U.S. bills existed, for a time, alongside Silver Certificates that could be redeemed for physical silver, but this practiced waned and finally was fully halted in 1968. The prophet Ezekiel wrote, “They will throw their silver into the streets, and their gold will be like refuse; their silver and their gold will not be able to deliver them in the day of the wrath of the Lord” (Ezekiel 7:19).

My point is that prosperity can be an illusion based on current conditions, subject to sudden, drastic changes. An unsound system can collapse when its financial bubble bursts.

Therefore I say to you, do not worry about your life, what you will eat or what you will drink; nor about your body, what you will put on. Is not life more than food and the body more than clothing? Look at the birds of the air, for they neither sow nor reap nor gather into barns; yet your heavenly Father feeds them. Are you not of more value than they? For your heavenly Father knows that you need all these things…. But seek first the kingdom of God and His righteousness, and all these things shall be added to you. Therefore, do not worry about tomorrow, for tomorrow will worry about its own things. Sufficient for the day is its own trouble (Matthew 6:25–34).

What can we learn from this disastrous time? A basic truth is that “pride goes before destruction, and a haughty spirit before a fall” (Proverbs 16:18). As a nation, our great pride in the bustling economy was evident to all. God makes it plain that there is a limit to His patience. “Alas, sinful nation, a people laden with iniquity, a brood of evildoers, children who are corrupters! They have forsaken the Lord, they have provoked to anger the Holy One of Israel, they have turned away backward” (Isaiah 1:4). Can anyone deny that these words describe this time in our history?

As millions of people face uncertainty brought about by the pandemic and the resultant bursting of the economic bubble, we should realize that we can’t count on the system or government procedures. However, we can rely on God to do His part if we do ours. The key is to “seek first the kingdom of God and His righteousness, and all these things shall be added to you” (Matthew 6:33).

The programs and publications at TomorrowsWorld.org will be of great help to you in having peace of mind during troubling times. You might find “Man’s Need for Purpose” especially insightful.