Will Wars Ever End? | Tomorrow's World 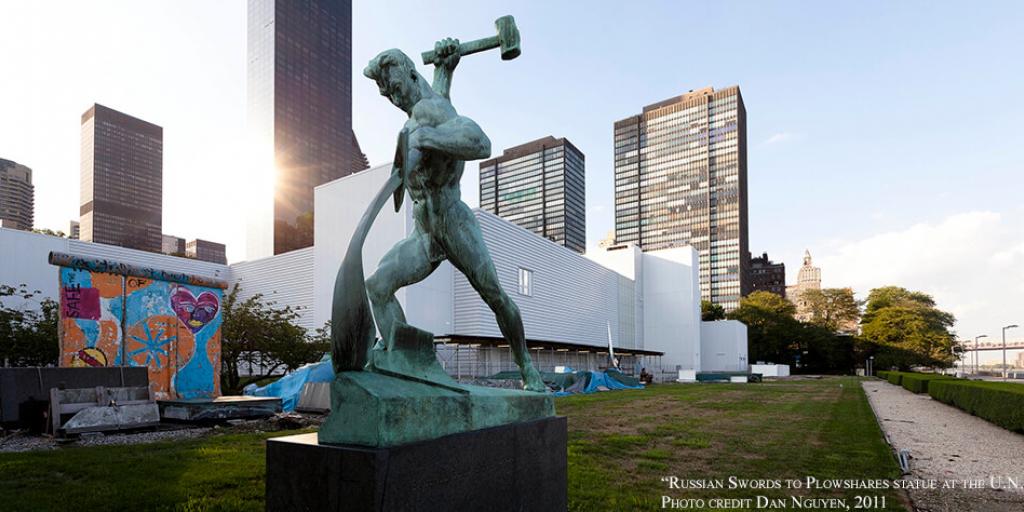 Will Wars Ever End?

In his 1951 farewell address to the United States Congress, General Douglas MacArthur grimly stated his thoughts about the global conflicts in which he had played a major role. Speaking as a life-long military man—a commander in some of modern history’s fiercest battles—he put the entire weight of his experience into his observation that, although mankind has from the beginning of time sought peace, all efforts for international peace have ultimately failed. Chillingly, he warned: “If we will not devise some greater and more equitable system, Armageddon will be at our door.”

Mankind has not yet devised that system, and we find ourselves today in a world at war. Conflicts rage throughout many parts of the globe, from insurgency and guerilla combat in the developing world to full-scale war and nation-wide uprisings in the Middle East, a few of which have involved some of the mightiest governments in the world. The prospect of the United States withdrawing from NATO, despite congressional moves against it, has prompted many to consider what European countries need to do to be more prepared for future wars, which some experts warn are becoming increasingly likely.

But there are certainly already enough to go around. According to research done by the staff of the online military data website GlobalSecurity.org, there are currently dozens of ongoing wars and conflicts of various sizes. Many of these, such as the Syrian Civil War and ongoing difficulties in other parts of the Middle East, Africa, and Europe have made headlines, and many have been in and out of the news for years. North Korea and Iran make threats daily, it seems, and the "War on Terror" looks like the "War That Can Never Be Won."

Untold amounts of money and resources are poured down the fiery maw of war, and this great cost is overshadowed by the vast price tag of human life that is shoveled into this furnace—with the price too often paid by far more civilians than soldiers. And though many modern wars see fewer casualties than in decades or centuries past, it is well understood that many countries now possess—or are racing to acquire—the technological capacity to make a casualty of whole nations or even the entire earth, should the conditions arise.

What is going on in the world? Is all this fighting the “normal” condition of human life? What is the solution, and is there hope on the horizon for an end to it all—a positive end that the world can look forward to, rather than the all-too-real possibility of nuclear or biological disaster?

When we turn to the Bible, we see an answer to these questions. The inspired word of God tells us what is happening, and what is to come.

The Apostle James was inspired to admonish an audience living in a similar age of violence, and his warnings were clear and sharp: violence and war are the results of wrong desire, and wrong motives (James 4:1). We are warned that our hearts deceive us, from individuals to mighty empires (Jeremiah 17:9), and sadly enough it is all too often true that our greatest wars are covered by the greatest excuses. At the same time, however, we know that God sees through even the best of human reasoning because He alone knows our hearts (Jeremiah 17:10). The prophet Isaiah was inspired anciently to write what even the great “man-of-war” Douglas MacArthur was able to recognize in recent history, that the “way of peace” is not known to us (Isaiah 59:8).

God knows that the way of peace is not through the governments of this age, their policies, or the revolutions and philosophies of men. No matter the cause, no matter how noble or desperate the reasons, all that we do only adds volumes to an encyclopedic history of violence. Questions of right and wrong are lost in the reciprocal shedding of blood. We need something greater than human beings can provide for themselves. That is why God long ago set in motion a great plan to redeem mankind from the works of war and strife and to bring about a time of divine rule on this earth, under Jesus Christ and the resurrected saints, when planet Earth will finally learn the ways of peace, not war. Then, the whole world will receive God’s promise of rest (Hebrews 4:1).

Read our free booklets Armageddon and Beyond and Is This the ONLY Day of Salvation? to learn more about God’s true promise of rest for war-weary mankind.