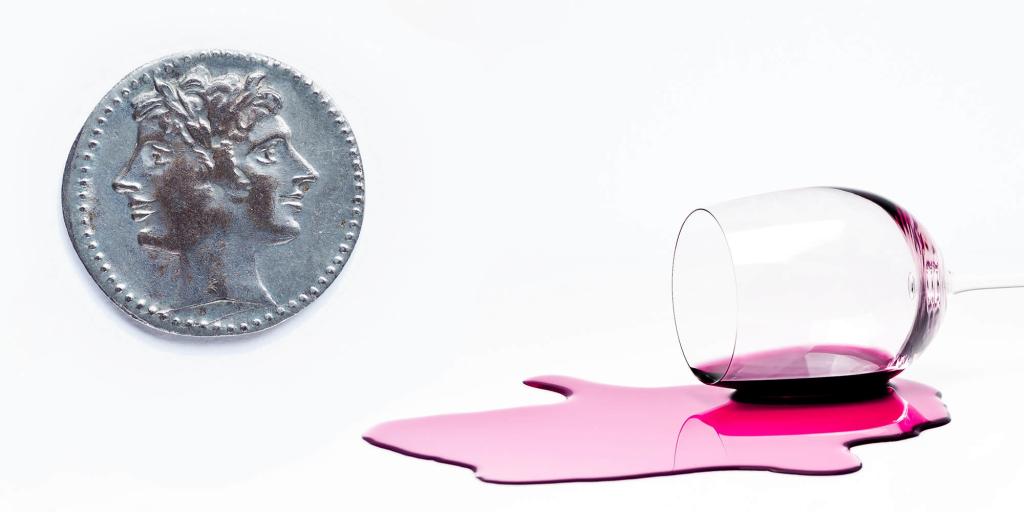 The winter tide festivities continue on, with people moving almost mindlessly through them—looking neither left nor right, only onward to the end, full of parties, food, drink, and maxed-out credit cards.

In just a few more days it will be the New Year, and the glut of holiday celebrations will cease and we all can get back to normal—at least until Valentine’s Day, Easter, Mardi Gras, etc.

Ahh, the New Year—the traditional time to look forward and to look back. But, why do that? Where did this concept come from? And why such wild celebrations to see an old year end and a new one begin? Is there a reason why people make resolutions to do better than they have during the past year?

The answers are the same for the world’s New Year festivities as they were for Christmas, Halloween, Easter, and Valentine’s Day—rank paganism! Once again, in regard to New Year’s, mankind turned to the creation rather than the Creator, establishing their own traditions and ignoring the commandments of God (Matthew 15:3–9).

A quick survey of thousands of Internet sites and dozens of reference books shows New Year observances reach far back to Babylonian fertility rites associated with the spring and the renewal of the land following winter. It is believed that the Babylonians were the first to make New Year’s resolutions as part of divination for what the new year was to bring.

The Romans worshipped Janus, the two-faced god of doors and gates. Janus had two faces, one looking forward and one looking back. Roman emperor Julius Caesar in 46 BC established January 1 as the Roman New Year’s Day and named the month “January” after the god Janus. He set this month as the appropriate “door” to the year.

But is the middle of winter the “appropriate door” of time to begin the year? Jesus Christ, the God of the Old Testament, when giving the nation of Israel His Holy Days, said mankind should begin the year in the spring (Exodus 12:2; cf. Deuteronomy 16:1).

The tradition of using a baby to signify the new year was begun in Greece around 600 BC. It was their tradition at that time to honor their god of wine, Dionysus, by parading a baby in a basket, representing the annual rebirth of that god as the spirit of fertility (The Golden Bough, Sir James George Frazer, “Dionysus,” Chapter 43). The Egyptians, also, used a baby as a symbol of rebirth.

Early Romans believed that loudness, lewdness, and drunkenness were necessary to celebrate the beginning of the New Year. The legends show they hoped such behavior would confuse Pan and the other malicious gods, thus preventing them from interfering in the everyday lives of mortals for the year to come.

The Scottish people, known on occasion to take a “wee dram or two,” mark the coming of the new year by observing a holiday they call Hogmanay. This celebration emerges from their history of Viking invasions, superstition, and ancient pagan rituals, and is known for heavy drinking and carousing into the early hours of the morning.

But, are wild celebrations, full public drunkenness, and perverted behavior appropriate for reasonable, thinking human beings, and especially for those who call themselves “Christians”? “Now the works of the flesh are evident, which are: adultery, fornication, uncleanness, lewdness, idolatry, sorcery, hatred, contentions, jealousies, outbursts of wrath, selfish ambitions, dissensions, heresies, envy, murders, drunkenness, revelries, and the like; of which I tell you beforehand, just as I also told you in time past, that those who practice such things will not inherit the kingdom of God” (Galatians 5:19–21).

There is nothing new about the world’s New Year’s celebrations; they are as old as Satan’s original deception. What would and should a true Christian do in regard to this stunning array of wintertime paganism?

The Bible makes plain the correct time when the new year begins and, in Deuteronomy 5:33, how God wants us to observe it. “Therefore you shall be careful to do as the Lord your God has commanded you; you shall not turn aside to the right hand or to the left. You shall walk in all the ways which the Lord your God has commanded you, that you may live and that it may be well with you, and that you may prolong your days in the land which you shall possess.”

To learn more about the pattern of life and holy day observances God laid out for His people, throughout all generations, order your free copies of The Holy Days: God’s Master Plan and What Is A True Christian? or read them online today.