What do colored eggs and bunny rabbits have to do with Christ's death and resurrection? | Questions and Answers | Tomorrow's World
Tweet

Question: Every Easter, I  wonder: What do colored eggs and bunny rabbits have to do with Christ's death and resurrection?

Answer: Biology makes it plain: rabbits do not lay eggs! So, what do rabbits and eggs have in common? Rabbits are noted for their reproductive fecundity. Eggs are considered a symbol of fertility.

But what does fertility have to do with Easter? Many who celebrate the holiday do not recognize that Easter is not a biblical holiday at all—it is derived from pre-Christian celebrations of springtime fertility, devoted to pagan goddesses with names such as Ishtar, Astarte and Ostara, from whom the name "Easter" is derived. Also, those who make a pun on "Son rise" and "sunrise" may not be aware that their Easter morning "sunrise" service—facing the direction of the rising sun during their worship—has its origins not in Scripture but in pagan sun goddess worship.

"Well, we're just 'baptizing' a pagan custom and making it Christian," some will say. But what does God say about that approach? The prophet Jeremiah recorded God's very plain and straightforward command: "Do not learn the way of the Gentiles" (Jeremiah 10:2). The passage in Jeremiah goes on to describe the crafting of wooden idols, making it clear that God does not want pagan worship practices imported into His own worship.

So, does God want Christians to observe Easter Sunday? You may be surprised to learn that there is no biblical record of Easter Sunday worship, and no command for us to conduct such worship today! As regular readers of this magazine know, Christ died and was put in the tomb shortly before sunset on a Wednesday, just before the start of the annual Holy Day known as the First Day of Unleavened Bread (see Leviticus 23:6). Scripture shows that Jesus was in the grave for three days and three nights—72 hours—which means He rose right before sunset on Saturday! By the time the women came to the tomb on Sunday morning, He had already risen (Matthew 28:1–8)!

When the Scribes and Pharisees demanded to see a sign of Christ's Messiahship, He said He would give them "the sign of the prophet Jonah" (Matthew 12:39; John 2:19). Indeed, He said that it would be the only sign He would give. Jonah was in the belly of the great fish for three days and three nights, and Christ would be in the grave for that same length of time. Note that this also exposes the later "Good Friday" custom as an unbiblical fiction, since a Friday burial would have kept Christ in the grave until Monday evening, though Scripture clearly show the grave was already empty when the women arrived on Sunday morning.

So, if Easter Sunday is a false custom, how should Christians memorialize Christ's sacrifice? Again, Scripture reveals the answer. The Apostle Paul told Christians in Corinth: "For indeed Christ, our Passover, was sacrificed for us" (1 Corinthians 5:7). During His final Passover meal with His disciples after sunset on Nisan 14, Christ instituted new symbols of bread and wine, symbolizing His body and His blood, (Matthew 26:26–28). Paul reminded the Corinthians that the Passover is the annual memorial of Christ's sacrifice. "For I received from the Lord that which I also delivered to you: that the Lord Jesus on the same night in which He was betrayed took bread; and when He had given thanks, He broke it and said, 'Take, eat; this is My body which is broken for you; do this in remembrance of Me.' In the same manner He also took the cup after supper, saying, 'This cup is the new covenant in My blood. This do, as often as you drink it, in remembrance of Me.' For as often as you eat this bread and drink this cup, you proclaim the Lord's death till He comes" (1 Corinthians 11:23–26).

Christ's body was broken for our physical healing (Isaiah 53:5), and His blood was shed in remission for our sins (Matthew 26:28). So, Christians should not be celebrating a non-Christian holiday using bunnies and eggs and other pagan symbols of fertility. They should be observing the Passover as the true memorial of His sacrifice. 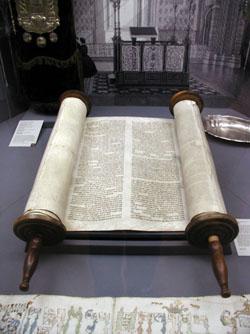 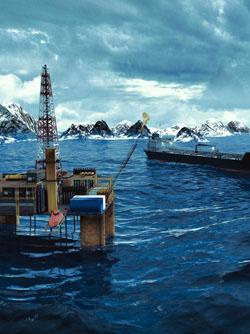