Whither the Rainbow? | Tomorrow's World 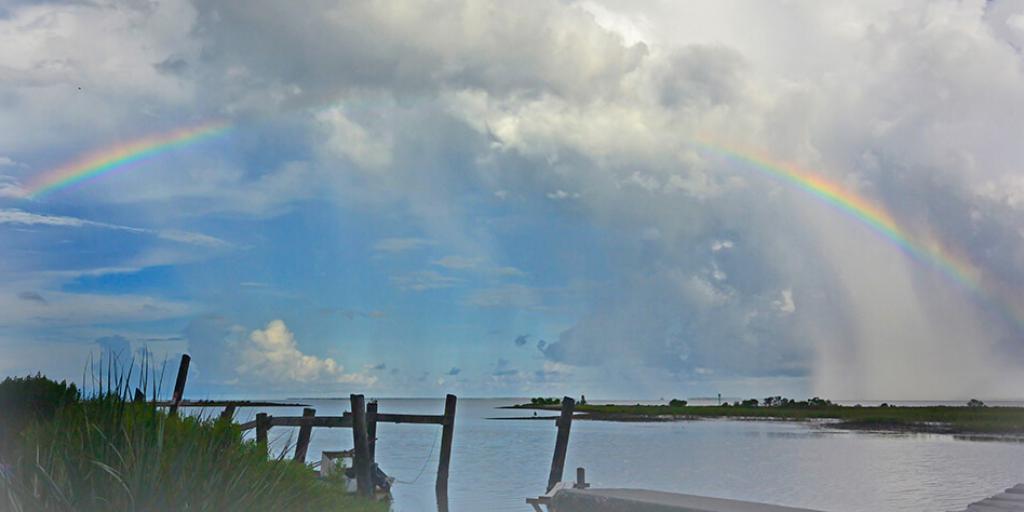 There it is, the rainbow flag, proudly waving at “Gay Pride” celebrations throughout the Western world, as the homosexual and transgender community demonstrates its political and social clout. This small demographic has pressed for recognition, shattering millennia of societal taboos and resulting in a forced acceptance of behavior that is universally acknowledged to be a high-risk lifestyle—physically and psychologically.

Those who promote this way of life understand the power of a recognizable symbol. This emblem of the sexual counter-culture movement seems to have originated in California, where the rainbow flag appeared as a symbol in about 1976 in San Francisco. The basic idea of stripes of colors symbolizes the different types of sexual and gender identity choices that make up the movement.

Behavior that was once done in secret because of religious, legal, and social stigma became more open with the sexual revolution of the 1960’s. With the decline of religious influence and the depiction of promiscuous sexual behavior in entertainment and literature, homosexual relationships began to be portrayed as a normal or acceptable “lifestyle choice.” Litigation was pursued to establish such behavior as a “civil right,” on a par with racial identity, with the courts accepting cases of alleged sexual discrimination. In June of 2015, in a stunning reversal of basic common law, the United States Supreme court declared that “same sex marriage” is a basic civil right.

So, around the world today, we see the rainbow flag symbol as the banner of the sexual revolution. It is included in print advertisements and business displays to show acceptance and to solicit business from those who identify with this culture.

“Well,” you might be thinking, “What’s wrong with that? Why shouldn’t they have their own symbol?” It’s a fair question. If there is no God and if there aren’t any immutable laws that define what behavior is right and what is wrong, then it doesn’t matter. However, there is a Creator who has revealed His code of conduct, known as the Ten Commandments (Exodus 20:1–17 and Deuteronomy 5:1–22). Detailed instructions for sexual conduct are found in Leviticus 18. People ignore these immutable laws at their own peril (Leviticus 26:14–17).

There is another important reason that the use of the rainbow as a symbol for sinful activity is particularly abhorrent. The Creator gave the rainbow as a sign of an important promise to mankind. After the great flood in Noah’s day, God said, “‘This is the sign of the covenant which I make between Me and you, and every living creature that is with you, for perpetual generations: …the rainbow shall be seen in the cloud; and I will remember My covenant;… the waters shall never again become a flood to destroy all flesh….’ And God said to Noah, ‘This is the sign of the covenant which I have established between Me and all flesh that is on the earth’” (Genesis 9:12–17) These verses show that God owns and uses this symbol. Other verses show that there is a rainbow around the throne of God in Heaven (Revelation 4:2–3).

The prophet Isaiah described the consequences of misusing something good when he wrote, “Woe to those who call evil good, and good evil; who put darkness for light, and light for darkness; who put bitter for sweet, and sweet for bitter! Woe to those who are wise in their own eyes, and prudent in their own sight!” (Isaiah 5:20–21). The Book of Wisdom gives good advice: “My son, fear the Lord and the king; do not associate with those given to change; for their calamity will rise suddenly…” (Proverbs 24:21–22).

Using the rainbow as a modern symbol for activity which the Bible labels as evil is to invite retribution by a merciful but firm and righteous God.

Order the free booklet The Ten Commandments, which is a wonderful study guide in understanding these important truths. Also don’t forget to read the Tomorrows World article “Promoting Evil, Condemning Good” for more insight on this subject.