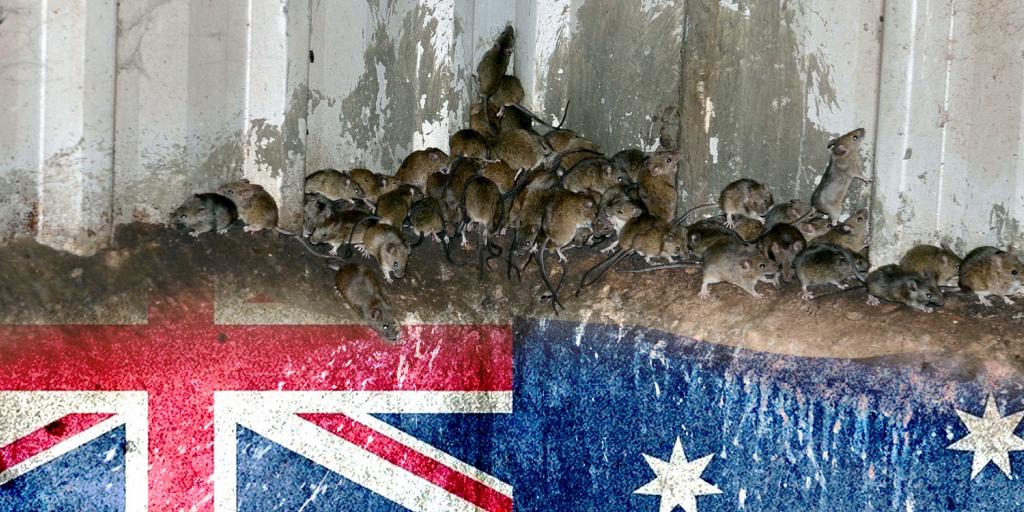 Australia has endured fires, drought, cattle loss, and much more. Its ongoing plague of mice now threatens crops. The New South Wales’ primary crop association predicts the mice could “wipe more than 1 billion Australian dollars ($775 million) from the value of the winter crop” (AP, May 28, 2021). Mice seem to be everywhere. Streets and sidewalks are littered with the bodies of poisoned mice, and their stench and the smell of mouse urine permeates the air. Poorly sealed homes allow mice inside, and homeowners are bitten in their sleep. One farmer, expecting to kill a couple hundred mice with a water trap, drowned 7,500 in one night. Mouse excrement in family cisterns and water tanks is making people sick.

The state government ordered the banned poison Bromadiolone from India in a desperate move to reduce the ever-growing mouse population. But the government is slow to use the poison for fear of killing local wildlife which might eat the poisoned mice.

Mice have also overrun a prison in New South Wales, forcing administrators to temporarily close and move its 400+ prisoners and 200 guards to other facilities. Mice ate through prison wiring and ceiling tiles making the building unsafe (BBC, June 22, 2021).

Australia’s plague is reminiscent of the biblical plague of frogs that struck ancient Egypt (Exodus 8:1–15). Because they have rejected Him, God warns of “extraordinary plagues—great and prolonged plagues” that will impact the nations that have descended from ancient Israel (Deuteronomy 28:58–59). It could also be a foretaste of end-time plagues that Bible prophecies indicate will come on the earth (see Revelation 6). To find out more about prophesied end-time plagues, be sure to read or listen to our free booklet Revelation: The Mystery Unveiled.