In the year 2000, “the Western U.S. entered the beginning of what scientists call a megadrought—the second worst in 1,200 years” (CBS News, April 12, 2021). Today, 60 percent of the U.S. Western states are in severe, extreme, or exceptional drought—conditions that extend even into the Pacific Northwest. “Lake Powell [which provides water to California, Nevada, and Arizona] is within just a few feet of its lowest level ever observed since it was first filled.... California’s reservoirs are 50 percent lower than they should be at this time of year” (Forbes, June 3, 2021).

Experts know this region is prone to drought, but the present conditions are unusual. “Areas that might have normally gone a few weeks without rain may now go a few months without a drop. In the mountains, more precipitation falls as rain rather than snow, decreasing snowpack. Even a decent snowpack melts faster now, making it harder to manage water supplies. And soils and vegetation lose more moisture as temperatures rise” (New York Times, June 4, 2021).

Farmers in California’s Central Valley grow significant quantities of nuts, citrus, and berries. The area around Phoenix, Arizona, supplies a great deal of cotton. Yet, because of extreme drought, some local governments have told farmers not to plant rather than to waste water on crops destined to fail. Biblical prophecies warn Israelite-descended nations that, if they turn from God, He “will make your heavens like iron and your earth like bronze” (Leviticus 26:19). However, if they obey God, He “will give you rain in its season, the land shall yield its produce, and the trees of the field shall yield their fruit. Your threshing shall last till the time of vintage, and the vintage shall last till the time of sowing” (vv. 4–5). Though there are worse days ahead, the time is coming when such drought conditions will be gone forever.

Russia and other nations around the globe are working to disconnect themselves from the dollar. The United States dollar, or “greenback,” has been a powerful element of the nation’s global hegemony for more than a century. Nations that trade in U.S. dollars keep the currency strong and experience greater American influence in their economic affairs, while helping to keep the American standard of living high. So it is significant that Russia now plans to remove the currency from its National Wealth Fund, replacing U.S. dollar holdings with the euro, the Chinese yuan, and gold (Wall Street Journal, June 3, 2021).

The U.S. recently imposed sanctions on Russia for its ongoing computer hacking attacks and interference in last year’s presidential election; Moscow views decoupling from the dollar as a way to reduce the sting of sanctions now and in the future. The nation has converted large quantities of its dollar reserves into other currencies and has sold many of its U.S. Treasury bonds. Though it continues to sell a significant amount of its oil in dollars, it is working to change that practice.

As more nations around the globe move to distance themselves from the dollar, American influence over international markets will diminish, and many experts now say that the standard of living in the U.S. is poised to decline. Biblical prophecy reveals that the power and influence of the U.S. and other Israelite-descended nations will decrease, even as the power and influence of other nations increases (Deuteronomy 28:33). God warned that because of their rejection of Him, He will “break the pride” of the power of the Israelite nations (Leviticus 26:19)—and the dollar is a major element of American pride and power. The decline of its dollar on the world stage is just one of many ways the U.S. may be humbled.

France and Germany have functioned as the leading nations of the European Union for more than a decade. Each nation contributes significant financial resources to the EU. But a recent article in German Foreign Policy observed, “Merkel’s last Franco-German Ministerial Council meeting feigns harmonious relations. Yet Merkel had successively increased Berlin’s predominance over Paris.” In recent years, the gulf between the two nations has widened.

In 2010, German-led fiscal austerity was adopted by the EU, despite “fierce French resistance.” This led to a growing economic gap between the two nations, with Germany far outproducing France. Germany also worked to weaken French influence in the Union for the Mediterranean, an organization of nations France had hoped to use to balance growing German influence in Europe. To add insult to injury, France is being blamed for the failing intervention in Mali, where both France and Germany have been struggling to enforce peace. The nations are also at odds as tension grows over a sixth-generation Euro fighter jet. Overall, the relationship between France and Germany is weak and continues to deteriorate.

Biblical prophecy reveals that Germany, not France, will lead Europe at the end of this age. The German-led “king of the North” will eventually become heavily involved in the Holy Land and closely tied to the Roman Catholic church. Biblical prophecy does not identify France as a major player in Europe’s end-time future. Where exactly France will fit into a final configuration of nations or kingdoms in Europe remains to be seen, but Scripture is clear that Germany will be at the helm.

Tobacco: The Killer Many Ignore

As of August 31 this year, more than 4.5 million COVID-19-related deaths have been officially reported worldwide since the pandemic began. The virus has held the world hostage for nearly two years. But do you know what legal, deadly, disease-causing agent killed nearly eight million people in 2019 alone? If you guessed cigarettes, you are right. In 2019, more than 1.1 billion people were smokers, and that number had increased by 150 million—equal to almost half the population of the United States—in just the previous nine years.

Cigarette smoking plagues people of all ages, races, and nationalities. The vast majority of smokers—89 percent—start smoking by age 25. After that, few seem interested in adopting this deadly habit. In May, The Guardian reported that two thirds of global smokers live in just ten nations: China, India, Indonesia, the U.S., Russia, Bangladesh, Japan, Turkey, Vietnam, and the Philippines. In fact, one in three tobacco smokers—more than 340 million people—live in China. Smoking is a killer: 80–90 percent of lung cancer deaths in the U.S. are linked to smoking (CDC.gov).

Cigarettes are a unique product that, even when used as directed, will likely kill two thirds of their users. Cigarettes are scientifically designed to addict smokers, turning them into clients for life. Cigarettes subject the vast majority of smokers to a variety of illnesses and increase the risk of death from various diseases. Yet the Bible instructs us to maintain our health because our bodies are not our own (1 Corinthians 6:19). In fact, Scripture tells us that we “were bought at a price; therefore glorify God in your body and in your spirit, which are God’s” (v. 20). Not only are cigarettes deadly, they are also a substance that many turn to for an artificial sense of peace, stress relief, and security. Sadly, in our societies today, this deadly habit that destroys our God-given bodies is widely accepted as normal and even as an individual’s right.

Benefits of Eating Together

Many parents know that family meals play an important role in producing healthier children. Numerous studies show that “kids who eat with their families do better in school and have bigger vocabularies. They also have lower rates of depression, anxiety and eating disorders, as well as healthier diets and better cardiovascular health” (The Conversation, April 30, 2021). Recent research reveals that eating together, with children or others, also benefits adults. Adults who eat with others instead of eating alone tend to eat more fruits and vegetables and less fast food. They eat smaller portions and eat more slowly, contributing to better health. Additionally, studies find that people who eat alone while watching TV have an increased risk for obesity.

By contrast, parents who regularly eat with their children “reported higher levels of family functioning, greater self-esteem and lower levels of depressive symptoms and stress.” Another study of parents with infants and toddlers found that “couples who attached more meaning and importance to family meals were more satisfied with their marital relationship.”

Jesus often ate with His disciples (Mark 14:17–18; John 21:10–12). The Bible instructs parents to teach their children “when you sit in your house” (Deuteronomy 6:7) and notes that the first Christians took advantage of opportunities to get together and enjoy meals with each other (Acts 2:42, 46). Eating meals together is a wonderful way to follow those good examples—especially during this time of social isolation due to the pandemic. 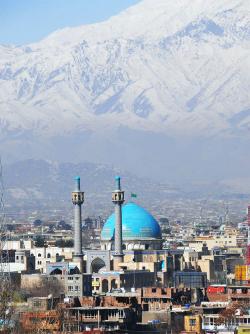 Online Sexual Harassment: What Can You Do?

It All Began in the Garden…