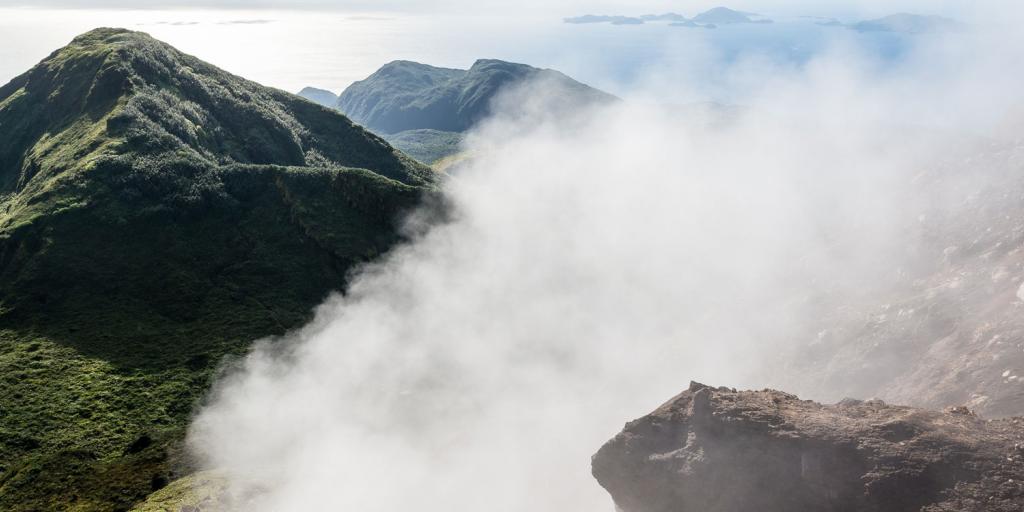 “Volcanoes that have been quiet for decades are rumbling to life in the eastern Caribbean, prompting officials to issue alerts in Martinique and St Vincent and the Grenadines as scientists rush in to study activity they say has not been observed in years” (The Guardian, December 31, 2020). The most recent alert has been issued for the La Soufriere volcano on St. Vincent, where the government has warned that an eruption could occur with less than 24 hours’ notice. The volcanic crater is now emitting gases and has formed a new lava dome, and the area is experiencing tremors. The volcano last erupted in 1979.

Martinique’s Mt. Pelee is also active again, as are volcanos in several other eastern Caribbean islands. In early December, officials warned of an impending eruption—an event that has not occurred on Mt. Pelee since 1932. Today there are 19 “live” volcanos on 11 different islands (two of them are underwater) in the eastern Caribbean. Vulcanologists say the activity on the different islands is not related.

Although increasing volcanic activity on the islands of the eastern Caribbean does not mean impending doom for the island populations, this is worth noting in light of end-time Bible prophecies. Jesus warned that “earthquakes in various places” would precede His return (Matthew 24:7), and erupting volcanos are just one type of earthquake. Other Bible prophecies of the time just before Christ’s return suggest the appearance of massive “super volcanos” of devastating force. As the end of the age approaches, we need to watch for increasing earthquake and volcanic activity around the globe, on a scale and with a frequency never seen before. For greater insights about what lies ahead, read or listen to Fourteen Signs Announcing Christ’s Return.