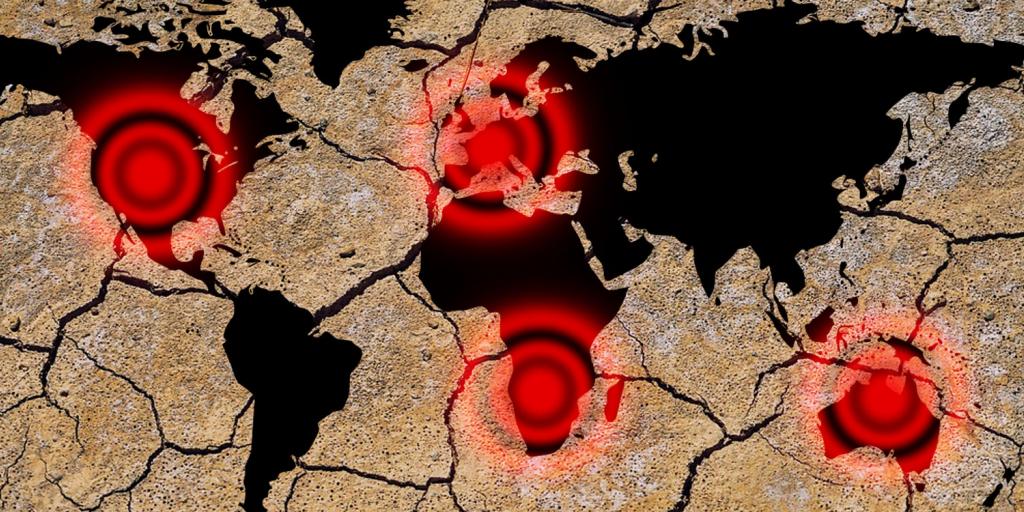 According to the National Oceanic and Atmospheric Administration, roughly 45 percent of the continental United States is currently in drought, and the situation is forecast to worsen in the months ahead (New York Times, October 15, 2020). Although much of the drought is concentrated in the normally arid regions of the southwest, parts of the usually lush Ohio Valley and the northeast are also in drought. Climate scientists say this is the worst drought since 2013. Drought is also expected to develop in the southeastern U.S. over the winter, leading to more fires.

According to the University of Melbourne, southern Australia is experiencing some of its driest weather in 800 years, resulting in destruction of crops, cattle, and a great deal of wildlife. Yet, northern parts of the country are wetter than they have been in centuries. Looking back about 250 years, researchers from Germany and the Czech Republic determined that the 2018–2019 drought in central Europe was the most widespread and severe drought in the area since the year 1766 (Phys.org, August 6, 2020).

Aside from the droughts, ten hurricanes have made landfall in the U.S. this year, shattering a record that stood for more than a century and dumping copious amounts of rain in the Gulf Coast states (Weather.com, October 13, 2020). This year’s Atlantic hurricane season may also break 2005’s record for most named storms. And a recent article in the New Scientist reports, “The years 1990–2016 rank among the worst periods of flooding in Europe in five centuries.”

Why are these events significant? Bible prophecy warns that at the end of the age, Israelite-descended nations like the U.S., the UK, much of Western Europe, Australia, New Zealand, and Canada will experience both drought and flooding within the same nations. The prophet Amos records, “I also withheld rain from you, when there were still three months to the harvest. I made it rain on one city, I withheld rain from another city. One part was rained upon, and where it did not rain the part withered” (Amos 4:7). While trends rise and wane, we can expect activity even more extreme than this to occur as we draw closer to what the Bible calls “the end of the age.” For more insights into extreme weather predicted for the future, be sure to read Acts of God: Why Natural Disasters?