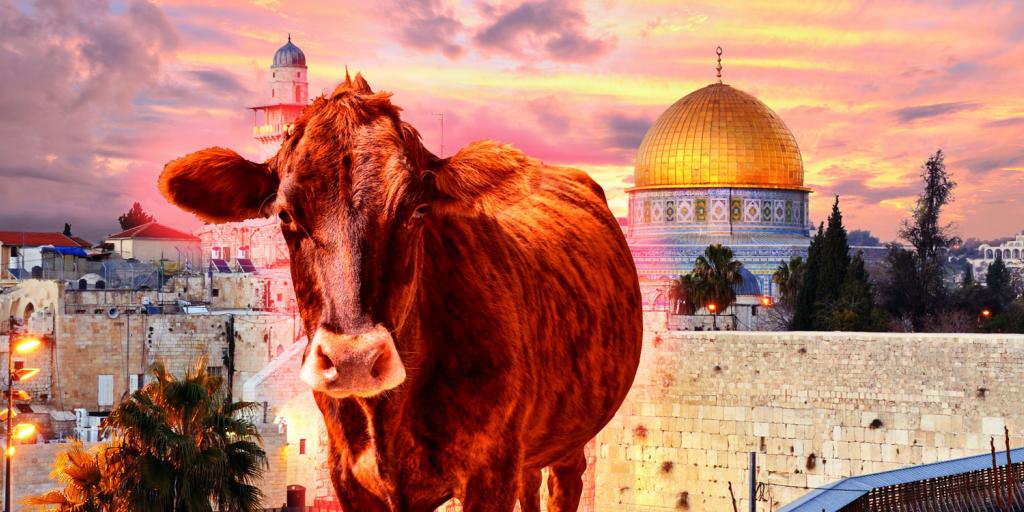 Israel and the Red Heifer

According to the Old Testament, a red heifer is required to purify the altar of sacrifice in Jerusalem (see Numbers 19:1–10). Israel’s Temple Institute has worked for decades to prepare utensils, priestly robes, and even a portable altar that can be placed on or next to the Temple Mount when daily sacrifices are ready to resume. A red heifer is key to their resumption of daily sacrifices.

Currently, any resumption of Jewish sacrifices on or near the Temple Mount would result in a dramatic response by Arabs in Jerusalem and throughout the Middle East. To resume sacrifices would require a major change in the political and religious dynamics of the region. Could this happen? Could Israel and the Jews safely resume daily sacrifices in the future?

Bible prophecy clearly reveals that just before the return of Jesus Christ, the daily sacrifices will be stopped (Daniel 11:31; 12:11–13)—which means the sacrifices must begin again before they can be stopped. The resumption of daily sacrifices on or around the Temple Mount in Jerusalem will be an important sign that the return of the Messiah is near. The abrupt termination of the daily sacrifices will be followed by the setting up of the “abomination of desolation” by the German-led beast, perhaps on the very altar where the sacrifices took place (see Matthew 24:15). As the Temple Institute searches for its red heifer, students of Bible prophecy should be watching world events. Something will likely take place in the Holy Land that allows or emboldens Jews to resume daily sacrifices on or near the Temple Mount. Such an event will signal a rapid speeding-up of world events and the soon-coming return of Jesus Christ! For more on this topic, read or listen to “Watch the Middle East.”