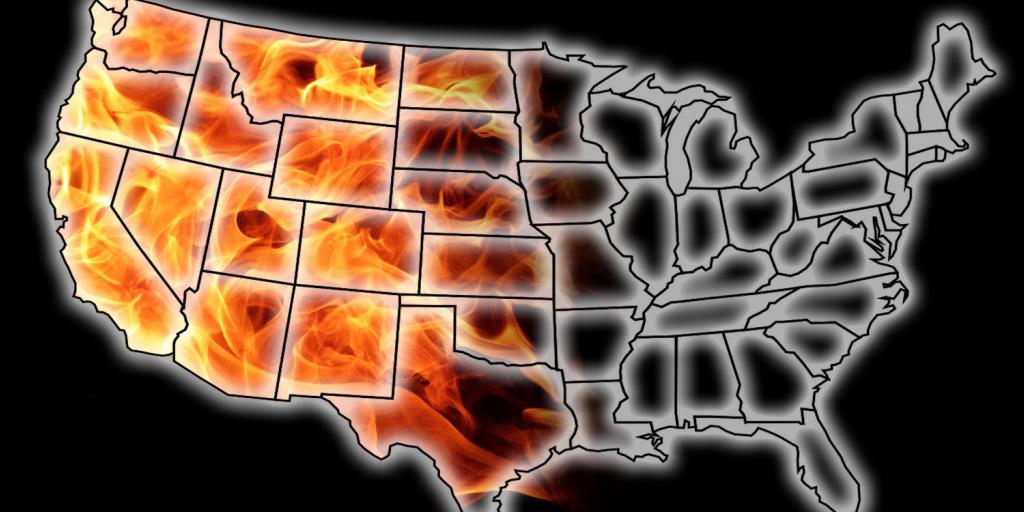 Megadrought in the U.S. West?

In the year 2000, “the Western U.S. entered the beginning of what scientists call a megadrought—the second worst in 1,200 years” (CBS News, April 12, 2021). Today, 60 percent of western states in the United States are in severe, extreme, or exceptional drought—conditions that extend even into the Pacific Northwest. “Lake Powell [which provides water to California, Nevada, and Arizona] is within just a few feet of its lowest level ever observed since it was first filled.... California’s reservoirs are 50 percent lower than they should be at this time of year” (Forbes, June 3, 2021).

Experts recognize this region is prone to drought, but the conditions we are seeing today are unusual. “Areas that might have normally gone a few weeks without rain may now go a few months without a drop. In the mountains, more precipitation falls as rain rather than snow, decreasing snowpack. Even a decent snowpack melts faster now, making it harder to manage water supplies. And soils and vegetation lose more moisture as temperatures rise” (New York Times, June 4, 2021).

Major crops grow in California’s Central Valley, including nuts, citrus, and berries; and Phoenix, Arizona, supplies a great deal of cotton. Because of extreme drought, some local governments have told farmers not to plant rather than waste water on crops destined to fail. Bible prophecies warn Israelite-descended nations that, if they turn from God, He “will make your heavens like iron and your earth like bronze” (Leviticus 26:19). However, if they obey God, He “will give you rain in its season, the land shall yield its produce, and the trees of the field shall yield their fruit. Your threshing shall last till the time of vintage, and the vintage shall last till the time of sowing” (vv. 4–5). Though there are worse days ahead, the time is coming when such drought conditions will be solved forever. To learn how blessings for obedience will come, read or listen to The World Ahead: What Will It Be Like?